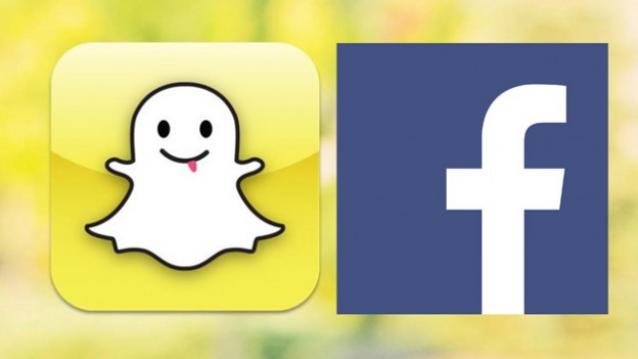 I recently read this awesome post on LinkedIn that said Snapchat is the new Facebook. At first, I laughed thinking I was going to argue with pretty much the entire article, and then I read it.

The Author, Dan Biersdorf, makes some great points as to why Snapchat is going to be the new Facebook. Facebook has become mundane with the same or similar content being posted over and over again. When I scroll through my newsfeed there is nothing interesting being posted anymore. Think about the last time that you were entertained by a post on Facebook and didn’t feel like it was being posted for likes, comments or shares? I bet it has been a while for you as well. Don’t get me wrong, I appreciate the family pictures and being able to connect with my distant friends but Facebook is not what it used to be.

When I started using Facebook I would see my friends posting pictures of themselves’ out having fun, bantering between themselves and doing a bunch of crazy things. Now my newsfeed is filled with Buzzfeed articles, pictures of children, the occasional Facebook rant, fake giveaways and people getting married. None of which spark my interests and engages me as a user. I get that my newsfeed is changing because I am getting older, but younger Millennials aren’t using Facebook anymore either. According to Facebook CFO David Ebersman, “Youth usage among U.S. teens was stable overall from Q2 to Q3, but Facebook did see a decrease in daily users partly among younger teens.” Snapchat is now the third most popular social application among Millennials, according to a recent report by comScore, which finds that Snapchat has 32.9% usage only closely behind Instagram, which is being used by 43.1%.

Do you think Millennial’s are jumping ship because they don’t want to be using the same social network as their parents?  It’s not like anyone is ignoring their parents Facebook friend request anymore. Or is it because we all know future or current employers are viewing our pages? Facebook might be becoming the older social network like its predecessor Myspace. I think that Dan is correct in stating that Facebook is going to fall short and become a network that is rarely used anymore. Even Princeton University Researchers predict Facebook will lose 80% of its peak user base between 2015 and 2017. According to the study that they conducted Facebook has already “reached the peak of its popularity” and has now entered a period of decline, as evidenced by a downward trend in search frequency after 2012. As users now begin to abandon the social network, “recovery” will spread infectiously, meaning others will begin to jump ship after their peers have left.

Facebook seems routine to check instead of actually getting users to engage. I will admit that I do scroll through my Facebook newsfeed many times during the day, but I rarely engage with posts. If I do like a post it’s a picture shared on Facebook from Instagram or saying happy birthday to someone I haven’t spoken to in a long time.

There are many people out there saying that Facebook will be gone in a few years but I honestly think that it is going to stick around and not be used as much by younger Millennials or their proceeding generation from here on out. That is only my opinion though, what do you think?