It's not WHERE you work. It's HOW! How not to reward recruiters...

There was an article in Recruiter magazine on 24 November 2010. That age old debate about in-house versus agency side recruitment!

The debate appears to be positioned as the two being in different tribes.

As a well know British TV character Victor Meldrew might say, "I don't believe it." 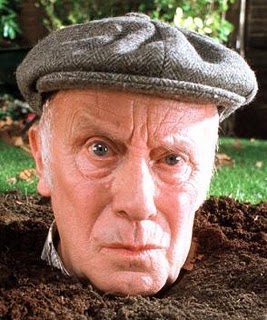 That is rather over simplifying things in my view. A core difference is that agencies have encouraged sales lead cultures. Look where that has got the recruitment world, reputation wise!

The model of in-house is different to the agency model, that much
is true. Objectives vary for a number of reasons. But that does not mean that PEOPLE, individuals, can not transfer their skills and move into a role and an environment that throws up different demands and pressures. That's one of the amazing things about people. We can adjust and adapt in ways that make us what we are. We are amazing. Lots of recruitment companies are not however....

And does the in-house versus agency model HAVE to be SO different? I'd suggest that to a degree perhaps it does, but perhaps not quite to the degree and in such black and white terms that were mentioned in the piece. At the end of the day, it has to be about the people, their behaviours and values. And the employer has a large role to play in being responsible for those behaviours and values. They provide the rules, the environment, the standards and practices expected and demanded of their people.

So I believe we should stop generalising with comments such as these....

"the typical agency recruiter is target driven, whereas in-house recruiters are more interested in managing the process, delivering the service and are a bit more strategic" as stated by one recruiter boss.

In one way, they are right, but we need to ascertain the reason as to why this might be the case, rather than accept it. I believe it's the broken and outdated model of agency recruitment that has driven a commission structure and consequently encouraged the industry to be target driven. If agency recruiters are less interested in service as the comment suggests, then what sort of offering is that? From what I can see it's a "bums on seats" approach, nothing more, nothing less.


Granted, many recruiters roles can be very operational, but they should be encouraged to contribute more - more insight, more knowledge and true expertise - and bring it to the table. A commission structure that determines whether they get any sort of pay cheque at the end of the month only perpetuates the poor practice of recruitment in general, much of which has been the result of target lead cultures.

This I believe is the big reason for agency and in-house recruiters being "different beasts", because of the way many agencies go about setting themselves up. A skilled recruiter should be able to transfer their skills and adapt their approach to a different environment I would argue, a point well made by Jacqueline Clarke at Carlyle Research. As Isabelle Hung rightly pointed out, the focus for agency recruiters is on sales. Well stop focusing on sales would be my message to agencies.... You'll then have to focus more on service. And if you give great service, guess what is likely to follow....? Trust me, it DOES work!

If you work agency side, try this exercise.

Put yourself in the shoes of a consumer.

What do you want?

A) To be sold to or B) to benefit from a brilliant service?

If you are honest, then you'll know the answer is not A!

As a candidate or employer would you rather work with someone that spends every moment wondering where their next sale comes from or a service that includes a truly expert and consultative approach, sound planning and genuine knowledge and insight?

One contributor mentions many people who enter the world of recruitment at the beginning are mainly money driven. That might be the case, but that has traditionally been the attraction "strategy" of agencies for years. Essentially, that is code for "lets hire someone who comes cheap and we can't lose".


Hiring people who need to think first and foremost about how much commission they will earn is the wrong way round - especially in a world which is all about PEOPLE! Recruitment agencies spend huge amounts of their time telling their clients that they need to pay more £ to recruit and retain top talent. 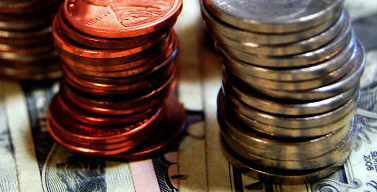 Then, in the blink of an eye they then recruit their own, poorly paid, commission hungry phone jockeys who don't give a monkeys for the client or candidate relationship. Low and behold, the industry reputation is what it is!


So I don't think it's a case of the agency or in-house recruiter needing to adapt to enable them to make a transition. It's the recruitment world in general and the agency side in particular that needs to adjust and update an old fashioned, out dated and "customer unfriendly" reward structure. The one thing that should be removed, irrespective of which side of the recruitment fence you sit, is being target / commission driven. By all means have clear objectives to strive for - and reward your people for achieving them, but make those objectives ones that are of value to the customer and in turn that will make you a successful business whether you are agency, in-house or a one man band.