My Candidate!: Hiring Lessons From The Hobbit 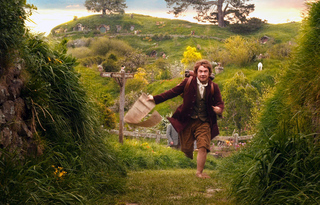 This past week the final installment of the Tolkien series hit theaters and millions flocked to cinemas to see the conclusion of Bilbo Baggins’ story.  The Hobbit: The Battle of the Five Armies premiered on December 17th, exactly eleven years after it’s predecessor trilogy ended in 2003 with The Lord of the Rings: The Return of the King.   The Hobbit, adapted from J.R.R. Tolkien’s novel of the same name, tells the story of Bilbo Baggins, a hobbit living peacefully in the simple and beautiful land called the Shire.  Soon, though, Bilbo is whisked off on an unexpected journey with a company of dwarves, led by Thorin Oakenshield, traveling over half the world to reclaim their homeland from a fire-breathing dragon.

So how did Bilbo land this exciting and dangerous gig as an official burglar for the would-be King Thorin?  Well, for one, he had a very smart, magical recruiter: Gandalf the Grey.  Gandalf made an excellent hiring decision with little Bilbo Baggins, so let’s take a look at what his hiring practices can teach us: “We do not want any adventures here!” - Recruiting Passive Candidates

Gandalf had a job description in hand: one burglar needed to steal the Arkenstone (the King’s Jewel) from Smaug (previously described fire-breathing dragon).  First, Gandalf thought about what kind of candidate he would need to fill this position.  Someone stealthy and small, ideally, with a great deal of courage.  Since no one was actively applying to be Thorin’s burglar (though to be fair, Middle Earth doesn’t have great job boards) Gandalf set his sights on Bilbo Baggins.  He knew that hobbits were small, quiet, and could usually pass unseen when they wanted.  He also knew that Bilbo had a great deal of untapped courage.  Bilbo, of course, initially refused to take the job.

Passive candidates are people who are employed and not actively looking for a new job.  They account for about 75 percent of the workplace.  That’s a lot of people who won’t be on your radar if you only look at people sending in applications - a lot of untapped talent.  You are also at an advantage because passive candidates are most likely not interviewing anywhere else.  But recruiting a passive candidate involves selling your position and company - even more so than with active candidates.  This means putting your best foot forward when you reach out, or in Gandalf’s case, inviting thirteen strange dwarves into the candidate's house and having a merry gathering. 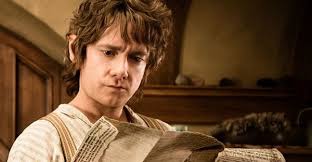 The journey to Erebor, where Smaug lay sleeping in heaps of treasure, was sure to be filled with hardships and peril, so Gandalf and Thorin told Bilbo the only thing they could: the truth.  Instead of shying away from the more terrifying possibilities of their adventure, such as incineration by dragon-fire, they clearly laid everything out for Bilbo in his contract.  This way when Bilbo did find himself under threat of burning to a crisp later in his story, he had no reason to be angry at Gandalf and Thorin for misleading him.

Follow Gandalf’s lead by clarifying the job position and responsibilities to yourself before you have to explain them to potential hires.  Be as accurate and thorough as possible and then honest with candidates as you describe the position (just as you expect candidates to be honest with you).  Covering up the boring, difficult, or life-threatening parts of a position to make it more glamorous to a candidate might help you make a hire, but you'll have to answer for it later when they are confused, unhappy, or frightened in their new  job. 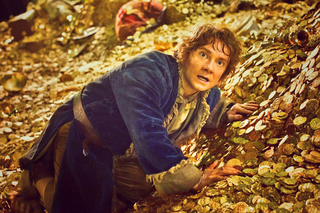 “One fourteenth total profit if any. Seems fair.” - A Value Proposition

Gandalf knew right away that Bilbo would be of great value to the dwarven company.  He sensed passive qualities in Bilbo that would be brought forward on their journey: great courage, stealth, and wisdom.  But Gandalf had to show Bilbo the value he would receive from taking the burglaring job.  To do this, Gandalf forcibly reminded Bilbo of a life he had once dreamt of: “the world is not in your books and maps.  It’s out there!”  Additionally, Gandalf expressed his confidence in Bilbo’s ability to be the perfect burglar to the company, not only instilling confidence in Bilbo’s untested skill in the dwarves, but in Bilbo himself.

As you are determining if a candidate will bring lasting value to your team, it is equally important to show the candidate how you and your company will bring value to them.  Make sure to emphasize what makes your organization unique and how you take care of employees.  Do you offer professional growth opportunities? Are you proud of your company culture?  Do you provide free snacks?  Hiring is not a one-sided process: it’s an agreement between two parties to bring value to one another.

Gandalf knew what he was doing when he hired Bilbo Baggins as the burglar for the company of Thorin Oakenshield.  And if you listen to his tried and true hiring methods, you too may be able to snag some Bilbo-caliber talent for your open positions.