Not Every Social Network is Created Equal 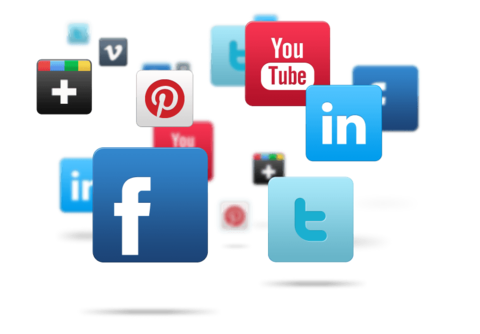 A couple days ago, I received an application via Linkedin for a recruiting position we have available at our firm. The email began like most do: “I’m interested because…My resume is attached….Let me know when you’re free…” Pretty boilerplate-type stuff. I put the candidate’s information into a folder of people I’d be reaching out to later that day.

Ten minutes later my phone had a notification. It was from the almighty Facebook--the king of social media. As I opened the message, I couldn’t believe my eyes.  The same candidate who had just applied on Linkedin had also requested to be my “friend” on Facebook.

I couldn’t help but laugh. Why would the candidate be so bold? I thought to myself, “This is something that everyone knows not to do. Right?”

After talking to some of our internal employees about what had just happened, I received a mixed reaction. Some laughed as I had done, others stared blankly at me and asked, “Is that not something you should do? I don’t know the rules for things like that.” That’s when it occurred to me: There are no rules in social media and job hunting, we’re simply making this up as we go.

Sure, we’ve learned along the way that you shouldn’t Tweet negative things about your current employer or post a status update that contains sensitive proprietary information. Going even further, companies are starting to pop up that specialize in combing through a potential candidate’s social networking presence and calling it a “social network background check.”  But how you use your social networks to connect during your job search is something that is still somewhat of a grey area.

Not every social network is created equal and you should treat them accordingly. This is indeed not a universal truth. It is instead an unwritten rule--a rule that Facebook, Twitter, and Google would cringe to hear. They would like you to use their platform as your “one stop shop” for everything social media related. The fact is, that’s not how things work.

Candidates need to be smart about how they search and connect with people who are in charge of the internal recruiting processes at organizations. I’ve created a list for what I’ve dubbed the Big 4. This is what I believe to be the current protocol for connecting in a professional environment:

Again, there is no absolute and this will no doubt continue to evolve. But just as wearing sweatpants to an interview can ruin your chances, so can a misstep on social media.

Myles - great post, and agree with you on most of these, but your Twitter advice is wrong. If a candidate wants to know what you're all about beyond the marketing document that is a LinkedIn profile or the guarded wall of Facebook, then Twitter is a great way to do so - and the expectation and raison d'etre for that network is that it's for public consumption. Following is one thing, trying to engage them is another...but most business accounts aren't worth following unless you want a lot of promotional and PR BS.

Matt - thanks for the comment. I see exactly where you're coming from. While Twitter is definitely made for public consumption, I would rather not candidates follow my personal account for one reason: nothing I say on there will pertain to them. However, my business account which I use for recruiting advice and interacting with candidates, is fair game. I don't mean that you should only follow the businesses themselves, I mean to say that finding the correct account for the people you're trying to connect with is imperative.

Myles: Understood and thanks for the clarification. Assuming, however, you tweet about stuff that's important to you personally on your account, then if a candidate wants to know what you're all about and whether or not there's a culture or personality fit there, then I'd venture to suggest that it actually is pertinent. Biggest mistake people make on social is to have an interesting personal presence out there on the one hand and a diluted "professional" one on the same network because it's when you combine the two that any network tends to actually be the most effective for recruiting.

Matt - we absolutely agree there. This goes to my point that there is a definite grey area with no set rules. Thanks, Matt.

Thanks for the article!  For me, personal is personal and business is business. FB is by definition, personal or geared toward B2C connections.  LI is professional networking.  I don't mix the two.  Even my financial planner isn't a friend on fb, even though he sent me a request.  That is my play time, I don't want to be working, or thinking about working.  It's play time.

I often receive friend requests on FB and I decline them, but I never report anyone.  Since there are so many gray areas, I don't think it's fair to 'punish' someone.

Partitioning Social Media is absolutely necessary in my view.  How one partitions however is a matter of personal preference based on your goals for SM.  Too many "gray's for me to get hung up on etiquette  and believe mastering privacy settings and clear messaging key to survival in whatever comfort zone you surround yourself.

Like Linda, I like keeping FB for "hard-core" "friending", and LinkedIn for "hard-core" professional networking and prefer the two universes do not collide (despite attempt by providers as Myles points out, to be "everything to everybody").  As silly as saying my office is analogous to my kids soccer field on Sunday.

FB's my living room, and LinkedIn's my office and I separate the two in my digital world for the same reasons I do same in the physical world.  I'll take and make calls all day from my office, but I'm the first to get on the "no-call" list at home, and I suspect I'm not alone.

Regarding LinkedIn, connecting with only professionals you know is counterproductive in my view.  Good for LinkedIn's revenue model, but bad for professional networking.  Opportunity (growth) "will" come from people we don't even know today, so why fish in the same pool when there's an entire ocean out there.  Keep a "little black book" if you like, but in my humble opinion, LinkedIn shouldn't be it.

Thanks for the post Myles, very relevant  as we poke around the social media landscape.

Thanks, Nick/Linda for your comments.

I agree with the concept that each of these platforms is distinct in the purpose it serves and how we users interact on them and our audience on each. The other thing that stands out is that we all seem to have different boundaries. That being the case, I don't believe any single set of rules will ever apply to all of these sites or all users.

There seems to be a pretty consistent agreement that FB is friends, family, fun and personal/private. LI is almost universally viewed as professional, career or business focused and not personal/private.

Where it gets a bit blurred for many of us is G+ and Twitter. I've always considered Twitter a free-for-all. I'm not sure that I would have the ability or inclination to decipher anyone's motivation for following my account and it really makes no difference to me either way. I follow an assortment of accounts and enjoy the variety of available information.

I don't consider G+ personal or professional, but in my case, my circles are skewed to the professional side. I'm secretly hoping that it evolves into what LI should have become. The ability to compartmentalize different populations is valuable in so many ways. But, what I hope doesn't happen (as in the case w/ LI) is the FB-ification of the site. I don't need to see math problems, eye charts, quizzes, puzzles, inspirational quotes, cute cuddly lion pictures or any other stuff cluttering up the space. Save that for pinterest or instagram or whatever!

What troubles me about this entire topic (not this post) is the constant attempts to compare and critique each site's attributes, usefulness, popularity, membership numbers, revenue, etc., based on all of the other sites. If we accept the premise that these sites do have overlapping similarities, but remain unique in their overall existence, it makes no sense to rate, rank or treat them equally.

As *NONE of these or SNs are useful (as far as I know) to quickly put quality butts in chairs, it seems a fairly moot discussion to me. If recruiters wish to argue which of them is better for getting people to POSSIBLY apply to a job with your company 3, 6, or 12 months down the road, please be my guests.

* Does anyone know a SN site or tool which will let me reach interested job seekers RIGHT NOW, and not have to dance around in a very slow, reactive way "building relationships"? As the saying goes:

" If you have time to build relationships with candidates, you don't have enough reqs."

@Keith From a purely day-to-day Tactical perspective I agree.  Landing wholesale "buttage" in seats NOW, requires all the tools recruiters have at their disposal in measured proportion based on the audience they need to reach and results, and SN's may not be the best resource at present for the lion's share of activity based on your recruiting target.

From a Strategic perspective, recruiters (salesmen) go where their customers are and SN appears here to stay.  Early adoption (again, in  measured proportions, mileage will vary) appears good  business sense and a fairly obvious move provided it's proportional.

Indications are SN is here to stay and will transition accordingly (its use as a recruiting tool will proportionally change over time as results prove or disprove themselves under varying conditions and circumstances).

There will be early adopters (adapters) and those joining the party later on.  Either way, its apparent inevitability renders this article completely moot, even if SN's final form and its relationship to recruiting isn't entirely established yet (partially explored in this article).

Regarding candidate relationships.  This too has a "Tactical" as well as a "Strategic" angle.  If it's just "butts" in the seat, tactical execution or a commodity sales approach (widget sale) may be all that's necessary and practical under the req-load burden you intimate.

If your company (client if agency) is more strategic in their vision (see Recruiting Great Talent Is the Core of the Netflix HR Revolution ) a consultative sales approach is required, and that demands establishing relationships and de facto a longer sales cycle).

Depends "who' and 'what" you're recruiting for.  The key is knowing the difference and applying the correct technique (or mix).