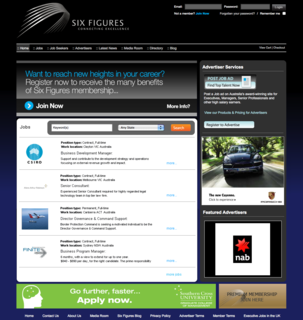 The job site Six Figures www.sixfigures.com.au is picking up on the ‘Freemium’ trend with the launch of their ‘freemium’ job ad model.  While other jobs sites charge near on $200 to post a classified job ad, Six Figures is offering this same service free of charge to all advertisers. From Monday 24th January 2011 advertisers can post Standard job ads on the Six Figures site for free.

Karen Jenkin, co-founder ofSix Figures says “an increasing number of modern websites are successfully using the ‘freemium’ business model to offer an entry-level product free of charge, plus paid versions that provide additional features and value. Some examples of this include Flickr, Skype and 37 Signals.”

Ms Jenkin goes on to say that “the freemium approach is what the market wants and is why Six Figures is implementing this new initiative. Whilst posting a job ad is a great starting point it is not enough with only 3 job seekers for each job ad.  This is why Six Figuresis also offering ‘featured’ job ads for savvy hirers to market to our already employed and 30,000+ growing membership using various channels, including the Six Figures weekly newsletter. Job ads are now a commodity and as such more sophisticated job ad marketing campaigns are required to get the message across.”

Since launching in early 2008, the Six Figures site has built an enviable client base of great corporate, SME, Government and recruitment agency clients. This coupled with its exclusive membership of high salary earners of which over 90% are currently employed, has enabled Six Figures to carve out a niche as the source for passive talent.   As the only site exclusively for professionals and executives to find $100K+ jobs, career related resources, discussions, reports, news and support - Six Figures is focused on growing its valuable offering to job seekers and advertisers alike.