Sleepwalking through interviews is unlikely to identify dream hires 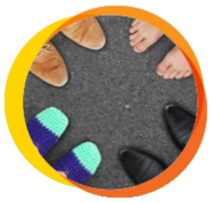 A recent survey of 1,000 graduates by recruiters Marketing Minds found that, in preparing for an interview, candidates spend an average of 82 minutes getting showered, dressed, putting on make-up, sorting out their hair and so on. In contrast, they devote just 38 minutes to familiarising themselves with the advertised job and potential employer that they were about to face.

Quite how anyone was able to say exactly how long they take scrubbing up pre-interview is anyone’s guess, but the figures shouldn’t come as much of a surprise. Conventional wisdom has it that first impressions really do count, and nobody could be blamed for fearing missing out on a job simply because of scuffed shoes, dandruffy shoulders or the odd dubious stain.

See beyond the sartorial

Nevertheless, in trying to hire the best candidates employers should be able to see beyond the sartorial. I’d recommend this particularly in the case of graduates as few are used to the now complex, confusing and often counter-intuitive dress codes of the modern workplace. These days it’s becoming as likely that someone could be seen to be signaling unsuitability for a job by being immaculately booted and suited as for looking like they’ve been dragged through a hedge backwards.

Depending on the role a standard of appearance at interview is important, but it’s not as vital as the head, heart and guts of the candidate – it’s a solid understanding of the role and the company, an enthusiasm for the job and for the challenges that it offers that really ought to count. After all, in appropriate presentation can be easily addressed but sort comings in the inherent attributes and attitudes of the candidate on which their career will be built are less easy to fix.

So, assuming the personal presentation does not border on the blatantly offensive, there is one other sometimes related thing in particular that you need to see beyond if you want to identify and win the best candidates. And that is `unconscious bias`.

It’s now well-established that unconscious bias, those instinctive prejudices we don’t always realise we have, is apparently still widespread in the UK workplace. If so, it’s particularly pernicious in the recruitment process as unconscious bias means that the untrained interviewers are more likely to hire someone who acts and, presumably, dresses, like them.

This can be reinforced by the `halo` and `horns` effect when interviewing. This is where an interviewer finds a reason to like or dislike a candidate early in an interview and spends the rest of the time asking questions and selectively finding `evidence` validating that view.

A head for hiring

The CIPD, the UK HR industry body, in a report ` A Head for Hiring: The Behavioural Science of Recruitment`, recently reviewed a bunch of studies on the subject and it makes for instructive, if depressing, reading.

In short, interviewers generally still tend to hire on ‘gut instinct’ and so recruitment proceeds on autopilot – if a candidate looks like, sounds like and has a similar background and interests to the interviewer they are far more likely to pass muster whatever their real suitability for the job.

Potential biases that drive this, the CIPD says, can stem from a need to justify your choice once it has been made (known as ‘self-serving bias’), or from wanting to avoid the perceived risk of hiring someone that’s different to the norm (known as ‘status quo bias’)

Astoundingly too, in this day and age, the irrationality goes deep. A number of studies have also shown both male and female managers favour men, not just in hiring, but in promotion, pay and performance evaluations. It’s no wonder the gender pay gap still endures.

Talented candidates can still be fighting an uphill battle if from an ethnic minority. Unfortunately, the data show people perceived to have ‘white’ names get more interviews than someone with an identical CV but an apparently ‘black’ name. Unsurprisingly, then, non-white candidates are far less likely to get hired.

Best not most suitable

I’d wager most employers would be aghast if they realised they were often unknowingly acting with what amounts to casual misogyny and racism. But in using subjective and non-job performance related selection criteria they could be doing just that. And it has to mean that they are also missing out on the best candidates by simply going for the most `suitable` options.

So what’s an aspiring high-performance FDIN company or team to do to address these engrained biases? One of the approaches the CIPD suggests is testing the wording of job adverts to see if this affects who applies and grouping and anonymising CVs for review.

It then recommends interviews be structured around a consistent set of questions, with a focus on collecting information rather than making decisions. Afterwards, people who didn’t carry out the interviews should be involved in reviewing that data and deciding who to hire.

If that sounds rather too mechanical, cold or remote for your liking remember, above all, you need to ensure you are being fair, transparent and consistent throughout the process.

Ultimately, apart from rigorous training, one of the best ways of taking subjectivity out of the process is to ensure more analytics related to the competencies required to excel in the job process are included and the numbers stuck to without `qualifying` discussion in the selection decision. Then comparing how those you hire subsequently perform against the common criteria and adjusting the selection process accordingly.

In the meantime, there’s plenty of evidence more diverse teams are good for business, so I’d recommend taking a good look round your organisation for evidence of repeated `cookie cutter` or `mini me` hiring.

And if you think unconscious bias is at work behind it address it quickly. After all sleepwalking through interviews is unlikely to identify dream hires.

FDIN Jobs is the career development portal for The Food & Drink Innovation Network - the UK's community for successful innovation professionals.

To see more articles like this - visit us here.