The Best Christmas Bonus A Company Can Give 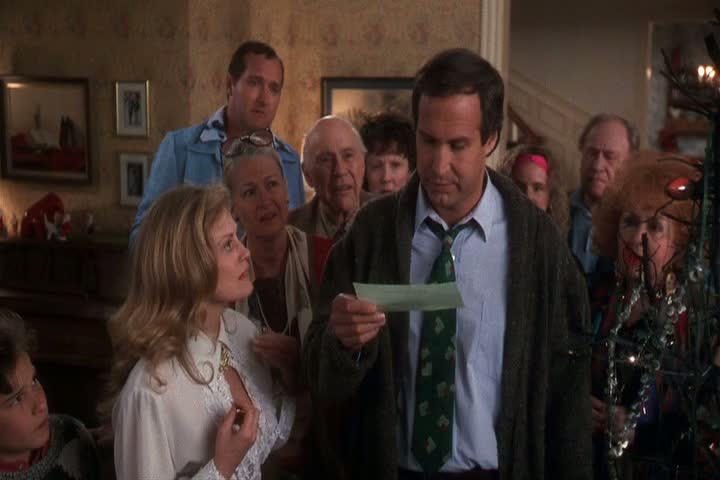 Clark Griswold became furious when he got a membership to the “Jelly of the Month” club, as opposed to his usual Christmas bonus.

I know it isn’t even Thanksgiving yet, but for many businesses, it is time to figure out what to give their employees for Christmas.

There is the traditional Christmas bonus, a custom that (perhaps rightfully) is going by the wayside. There is the Christmas party, which could be fun, but can also lead to uncomfortable situations and often becomes a JATTP (just another thing to plan).

Both of those options have major downsides, which I’ll get into. Instead, there is a better solution out there, which avoids the major pitfalls of the two aforementioned ones: an unexpected day off.

No employee, in any job, wouldn’t love a day off. And unless you work in retail, chances are December is not exactly a highly-productive time for most businesses, so the cost to employers in minimal.

The Problem With Bonuses

Christmas bonuses seem like a great idea. Random House Publishing, for example, gave each employee a $5,000 bonus in 2012, thanks largely to the massive success of Fifty Shades of Grey.

Sounds great, right? Well, that doesn’t come without its perils. Everybody remembers the scene in the American holiday classic, National Lampoons Christmas Vacation, when Clark Griswold gets a membership to the “Jelly of the Month” club, instead of his usual, generous Christmas bonus.

Griswold went crazy, as he already spent the money he never got on an in-ground swimming pool. And therein lays the problem: if you give a bonus, people are going to expect it. So what happens if Random House has a bad year, and gives out no bonus next year? How will people react?

Christmas bonuses lock you into giving a bonus that isn’t tied to performance, whether it be the company’s or the employee’s. Suddenly, in a bad year when you can’t give it, it becomes something workers are upset about not getting, rather than something they were grateful for getting in the first place.

Bonuses should, almost without exception, be tied to performance. Anything else sets up an unrealistic expectation. And most companies agree, as a recent survey found that 59 percent of companies no longer give out Christmas bonuses.

The Problem With Parties

So you’ll do a Christmas Party instead, right? That’s a solid idea, no doubt, probably a better idea than bonuses.

But there are risks about that as well. Will there be alcohol at the party? Do the employees have to pay to go (something that’s never popular)? If not, can your company afford to do it, even in bad years? What happens if something inappropriate happens at the party?

Just some examples, there were two high-profile lawsuits where an employee got into a fight at the company Christmas party, was fired and then, naturally, filed a lawsuit. There’s also this list of the biggest disasters at work Christmas parties, which includes everything from wild drinking to forced karaoke – without the music.

Christmas parties are great if they are small events that don’t involve a ton of effort from the employees. Go bigger than that, and you run the risk of drunken employees, a lawsuit or, worst of all, karaoke.

That’s why I suggest the best solution possible: an unexpected day off. Imagine you come into work on some random Wednesday in December, thinking about all the shopping you have to do and how you’re going to handle spending time with your in-laws.

And suddenly, your boss came in, says “Day off today,” and gives you a full day off to do all your shopping. And since it is a weekday in the middle of the day, there won’t be anyone at the store.

Already did all your holiday shopping? Even better. With the kids in school or at daycare, take a day to get that chore done that’s been bothering you, watch that movie you’ve been dying to see or, perhaps best of all, just sit home and relax.

The cost to employers is minimal. With the glaring exception of retail, the holidays greatly reduce productivity, with more than half of workers admitting that they’ll shop online during work. Maybe if they get their shopping out of the way that day, then they’ll have time at work to, you know, work.

The cost is low, the risk is minimal and the payoff is high. For employers and employees, perhaps the best gift of all you can give this holiday season is a day where you say, “Just go home.”

VoiceGlance is a cloud-based hiring tool used by forward-thinking companies to hire smarter, instead of harder.

I know a lot of employees that would happily take an extra vacation day over cash. An extra Friday off, the chance to leave early on a nice days in the summer, the chance to tack on an extra day to a 3 day weekend--that can mean a lot more to someone than just a few extra hundred dollars.

Tell them the night before so they don't have to get up early, commute, etc. and really enjoy the day off!

I love this idea!  But I agree that it would be nice to know ahead of time so you can plan your commute or perhaps make plans to do something with your kids instead of taking them to daycare, packing your lunch, getting up early and ironing...