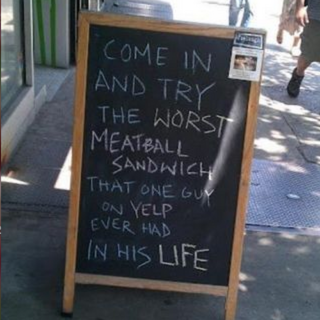 Yelp began more than 10 years ago in San Francisco in 2004. Originally an email based referral service built by two former PayPal employees, they made a pivot to the business model we all know in 2005 and became the site for online reviews of stores, businesses and services.  Yelp reviews can now make or break restaurants and shops, and one bad experience for a customer lives far beyond the one-hour interaction between waiter and patron or clerk and consumer.  Every constomer experience matters and has the potential to go viral in both positive and negative ways.

Yelp’s core user base has traditionally been the youth market with 43% of their US based users in the 18-34 age bracket.  As recruiters this shouldn’t come as a surprise.  You know the importance of candidate experience and you have seen the social media posts from disgruntled candidates, and read the reviews on your Glassdoor company page.   If you are like me, then you have probably been on dozens of “What Millennials Want” webinars, listened to podcasts on the subject and have read enough pages of Gen Y themed blogs to rival the page count of the Harry Potter series.  You’ve heard the quotes and stats.  Millennials trust their network of friends and colleagues.  70% wouldn’t take a job at a firm with a bad reputation. Millennials want to do work that gives back and means something, not just earn a paycheck.  65% of Millennials are more skeptical of claims made by employers than they were in 2011.

But the thing is, I don’t think it’s just Millennials with these views- it’s all of us. It’s all generations seeking advice on topics.   It is all of us who have lost faith in the idea of working for a company for 30 years and retiring with a gold watch.  Long before Yelp or Angie’s List, my parents always trusted the word of their friends over advertisements when looking for contractors or mechanics or real estate agents.   The Internet has just made the whole process more transparent, faster, and more efficient.

Now while each niche employment sector has got their own bent, at the end of the day each candidate is a just a person.  And if we can remember the whole self model from psychology, we will know that we can reach them better by appealing to both the professional and the personal.  Even engineers.  Well maybe especially engineers.  A recent Glassdoor survey says 52% of engineers would accept lower compensation to work at a company with a cool reputation. That’s good news for companies in retail, manufacturing, healthcare and other industries not typically thought of as high-tech.  If you have been looking for some techniques to reach and engage tech talent, join me for our next shorter TED-style webinar on Sept 15, 2015 at 2pm ET, How to Recruit Engineers When You’re Not a Tech Company with the team from Glassdoor.  They will be sharing their recent research on the topic including sharing stories from some actual engineers of the best and worst recruiter tactics, along with the importance of company reviews, social media, and friends in winning the hearts and minds of engineers.