When Administrivia gets in the way!! 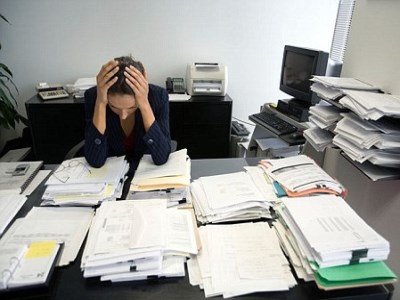 We all know there is a requirement for a certain amount of administrivia as a staffing professional. Whether it is; writing to contact a candidate, writing a job description, or writing up your interview notes, there will always be some administrivia.

However there comes a point when administrivia becomes counterproductive and even hurts morale. Usually this comes in the form of reports. For some reason we in the staffing world, get inundated with reports. Now some reports make sense; hire reports, total number reports, etc.. Some make no sense, and end up eating up more work time then they are worth.

We have all seen these types of reports, they provide information, that is irrelevant and or are usually a line item report, that requires way to much info, and time. These types of reports are a type of micro managing. An example is a line item screen report. This is a report that shows how many candidates a recruiter spoke to in a given week. Usually there is some matrix attached to it, saying you must talk to X number each week, of course this matrix is in addition to the X number of hires a month. Usually the report requires you to not just provide a number, but the names, the position you spoke to them about, the outcome, etc.. The reason for this is, there is a belief that the number of screens done, correlates to submittals, which correlates to hire. To a point this is correct, to a point. But let's remember, without sourced candidates there is no screenings being done, and therefore no submittals, and no hires.. If recruiters are spending upwards of 40%(see below) of their time filling out line item reports, guess what suffers first? You got it sourcing. Now if this can be done automatically through an ATS or HRIS system great, but all too often it cannot and the recruiter pays for it.

First, the idea that you have to keep track of this information, in a line item type of report, is ridiculous, in that filling out the report takes up way too much time. Now I am not saying that knowing this information is not a good thing, although I would be more interested in sourced and submitted candidate numbers, than screened candidates. What I am saying is if you want this information make it simpler. Why not just a total number of screened candidates, total number sourced, total submitted, total interviewed, and total hired. This would take less than 10 minutes to provide, it is a simple email, and appointment count. Rather than the several hours a line item report would take. Of course remember this is only one example of counterproductive administrivia, I am sure there are plenty of other examples that might even be worse.

I remember in one of my positions there was a group that had to supply line item reports on screens, and they had to have X screens a week, and X hires a month. Those recruiters had to work twice as hard and barely made their number each week and month. A large part of that was because 40% of their time was spent doing administrivia related to these reports. Another group during that same time only had to report on the total number of sourced resumes, number of screens, number of interviews , number of hires. So they had to supply more numbers, but because the information was totals, not line items, it took less than 10% of their time. Because of this they not only made their goals, but exceeded them by an average of 50%.

In one of my next blog posting I will talk about matrixes and the different ways we goal recruiters. But for now the point of this is to be careful that you do not tie your recruiters up with counterproductive or useless administrivia so much so, that they cannot do their jobs.

So, this will eb the last blog post till the new year starting on the 10th of Jan.

So, until then may the source be with you.