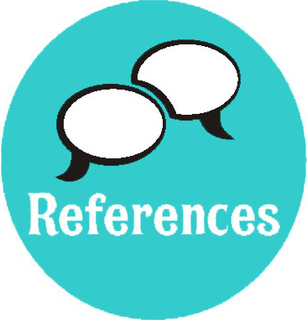 Two weeks ago, one of our candidates signed an offer to begin as a Director of Ops for one of our clients. John is to begin work next Monday.

BIGDEAL INC.  has given us four positions to fill. We are working with an Exec VP (Not HR) to fill the positions. Talent Acquisition Specialist Suzie is coordinating the effort.

All references were verified. The background investigation was complete. We knew that the candidate was well qualified, well respected, and not a criminal. The offer was signed. It was a go.

I am then notified that the Executive VP from BIGDEAL wanted to meet with me.

To prepare for the meeting, I met with the recruiter, Frank. He filled me in.

Frank was not nice

It turns out, that Frank had raised his voice at Suzie, the talent acquisition person. He had exchanged a few unkind words to her. He surmised that the call was to complain about his behavior.  He basically told her to do her job. But, in his gruff little way.  So, they probably wanted him off the account.

Understand that I have a 'work in progress' relationship with my staff, they are allowed to make mistakes, they are allowed to be human, and we all learn from it, and move on.  It creates an honest atmosphere that is a little weird for business, but it works. I knew every thing that he said. I took notes.

Under normal circumstances, I would meet with the client, apologize, take the recruiter off the account, and move on.

This time was different.

Earlier in the day, Suzie had called Frank to inform him that our candidate had not resigned from his past job; instead he was fired.

Frank, who verified the references himself, bristled. 'Not true.'

Oh but Suzie knew better. She called a friend  who works for the company. Her friend thought that John was fired.  Frank asked if she had verified that with HR or had she called John's references? She had not. Frank wanted to know who gave her the information. Suzie could not disclose the 'inside source'.

So, unkindly, Frank told her to do her job, not call friends for gossip.  Plus, a few more things.

Suzie wasn't happy. So, she picked up the phone and called John, the candidate. She informed him  that additional references were required. She also mentioned that Frank had yelled at her and wasn't very nice to her. She then asked him why he was untruthful about being fired. John told her. He explained the circumstances. At this point, she had her answer, but that didn't stop Suzie. She had work to do. The crusade had begun.

Suzie's next call was to the VP. Suzie related to the VP the information that she had uncovered in her search for the truth. She ratted out Frank for his behavior, and accused Frank of not disclosing information about the candidate.

Understandably, the VP was meeting with me to discuss, and I assumed that the placement was a dead issue.

This time was different.

Suzie and VP were on the line. The meeting started with a litany of complaints against Frank:

I apologized for Frank's behavior.

Back to what I thought was important:

What did they want to do about the candidate?

"Hire him. He is a great candidate."

And, we want you to fill the rest of the positions. Suzie won't work with Frank, so we need someone else.

'Suzie, I asked, "What did you find out when you confronted John about being 'fired'?"

"He couldn't tell me. He signed a confidentiality agreement."

I'm not sure about filling the remainder of the positions. We can't work with Suzie. If Suzie handles these hires, we have to bow out.

What Suzie didn't see while she was throwing her four ponged fit, was that she almost lost the candidate. This job has been opened for over six months. This is a good match.  After the demand for additional references, and strange comments about his recruiter being mean, John is unsure about his decision to take this job. He told Frank that he wanted to continue to interview.

We are sitting at the adults table, and can't afford to add drama where there is none. We don't make decisions based on gossip or third party information. We are not thin skinned. We can't work with Suzie.

This behavior, the method of "checking to see if we know anyone who knows anyone" is childish stuff that doesn't belong in a professional setting.

Third party 'checking' is done every day. Rarely does it reach the level of acceptable behavior in human resources. Normally it is a whisper, a nod or a chat in the hall. It's disgusting, but secretive.

But this time was different.

I might consider doing some damage control.  I would probably call the VP and let him know that the candidate is a little concerned because of a backdoor reference from someone who is not authorized to discuss the situation as well as Suzie going around HR to speak with a friend.  It might be good for the VP to call the candidate and let him know that the VP is not concerned about gossip, understands a confidentiality agreement as well as the inappropriate actions of Suzie.  If in fact the VP wants him hired and has no concern about Suzie's digging of dirt he should be willing to let the candidate know it is an unfortunate situation and not a reflection on the way Big Deal , Inc. runs their business just a misguided action by someone who didn't follow policy.

As to Frank and Suzie.  My speech to Frank would be, damnit Frank, you know better than to use a howitzer with a bimbo when a BB gun would do the job.  I understand your feelings and agree with you but how do you think we should fix this.  Should we blow off this account because of Suzie, whom we now know is bimbo who will be like walking around a landmine or should we put somebody else as a faceman to deal with Suzie and let her off the hook.

Would it make any sense for you to call the VP and say, "Looks like we both have an employee who over reacted to this situation. How would you feel if I took Frank off the account and you give us another coordinator so they both learn something from this misunderstanding. "  Two semi wrongs should not be allowed to stir up alligators when the objective is to drain the swamp.

If Mr. VP is not amenable to a solution of that nature I would simply say, "We really can't risk this kind of situation happening again with Suzie going around offical reference sources, i don't think your company would want to either.  If your company had released an employee for some reason, asked for a confidentiality agreement, Suzie's friend called her for inside information and she violated your confidentiality agreement by passing along rumor or gossip it would put all of us at risk. "I hope we can work this out but backdoor references that result in a candidate being confronted by someone with gossip information has resulted in some pretty interesting lawsuits.  We don't want to be and can't be a party to that type of action and hope you would not want to be either."  "What are your thoughts Mr. VP?"  If he thinks Suzie did the right thing, I would tell them adios, go with God and best wishes.

Great post Barbara.  I feel like I have been in this position before with new hire recruiters.  The VP will probably appreciate what Suzie did but should know that her information could have been very suspect.  Also, Frank does need a kick in the head...remember who is paying you Fred and treat them accordingly.  Much like Sandra is saying...you should address it further to protect your next/future placements.

thanks. Well, this got weirder before it got better. Frank is more humble, and working with the vp to fill the rest of the positions. Suzie is still on it officially, but unofficially she's out of the loop. Everyone is pretending it didn't happen, the candidate started, and the CLO (legal officer) of the company is busy 'calming everyone down', and I promised to sign the contract.

sandra, you always hit the nail on the head, I saw your blog. We both have stories that nobody would believe. thanks

Sounds like it got resolved in the end Barbara, which is good.  It also sounds like Suzie has another agenda.  Is she bothered by her not being able/allowed to acquire talent, as her job title suggests she should?

I think that Suzie has a very high level of competence when she doesn't have to use a recruiter. Suzie doesn't have to use a recruiter most of the time. She is confused that her inside recruiting is the same as third party. She wanted to feel relevant, and she is, almost all of the time. She needed to not be a part of this process. When we are paid a fee, something is 'off'. We don't know what. If the hr/internal recruiter stays out, it reduces another level of middle man, and streamlines the process. It's just not OK with a lot of HR depts.