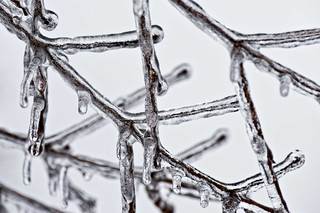 With a 1% chance of securing a meeting from a cold call, it’s traditionally been a numbers game, one that relied on enough calls being made to solicit a return on investment.

Whether you developed tinnitus from the familiar click of the dial tone or took a regular browbeating, it was just an unfortunate consequence of what was considered a necessary evil.

An evil that now fails to engage with nine out of ten decision makers in a business.

That said, an individual that can still navigate around gatekeepers to a decision maker off the back of a cold call, will usually get a wry smile and a few seconds that many referred calls won't.

The internet should have sounded the death knell for cold calling as even the slightest of searches will throw up a Google handprint on the person you’re calling and suggest enough touch points to get the conversation started.

Data profiling equips salesman with the ability to know whether who they're calling would likely invite a call from them.

Whether it's LinkedIn, legacy data in your CRM, Companies House, social media activity, or any number of other data points.

As we finance recruitment agencies placing contractors, there are plenty of data points that are useful to us.

The age of the agency, the size of the business, the sector it specialises in, whether it has an existing financier, the age of that contract, the health of their market, and their need for a call.

Before we even make a call we’ve collated this data and provided our team with enough information to know a call is warranted.

Have they shown interest or engagement with your brand and its content? Are you tracking any of the links, or downloadables that they’re clicking on or sharing?

Salesmen are missing a trick by attempting, on average, to engage twice with a potential prospect before moving on. Engagement has evolved to become a continual process, a conversation that is built up over multiple touch points.

See our advice on how to secure a response from passive candidates.

It all helps to create a more holistic view of what an individual is about before we make a phone call. It’s why we now sign-up more clients than all our competition, almost combined, a month.

Social media is becoming increasingly important in recruitment as it becomes pervasive in our lives.

With the lines blurred between privacy and social media, it’s relatively simple to find some insight into people's recent activity.

A large part of the leg-work should already be done before the call is made, so that a well-timed phone call should have a strong chance of being closed.

Never, ever, apologise for taking up their time, because you should know that this call is in their interest.

Calum is the Content Marketing Executive for Sonovate - an award winning fintech game changer that has redefined finance for the contract recruitment industry.  @Calum551