My kid is home from college for spring break. It’s been an awesome week - when she’s not sleeping she’s actually hanging out with me. Inevitably the conversation turns to work stuff – recruiting for me, school work for her, and what the future holds now that’s she’s a grown up (sort of). I asked her what she thought of Donglegate. Ok, maybe not the best intro, she looked both confused and disturbed until I explained. For those that missed it, two guys at a tech conference made a bad joke and a woman sitting in front of them didn’t like it. Techcrunch has a pretty good overview here. Another 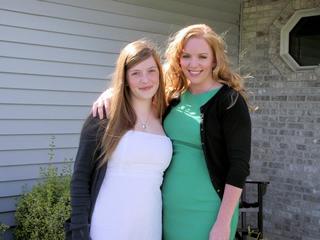 great recap can be found here at blogging4jobs.

My daughter’s reaction was swift and a bit surprising. She thought the whole thing was stupid and avoidable. She also said not all sex jokes are anti-feminist. I asked her how she felt as a young woman facing a career in a potentially male-dominated field. She just rolled her eyes. “Women in the workplace claiming victimhood make all women look weak. It reflects on me because she’s so offended.”

I had to really think about what she just said. My first thought (ok, fear) was that I had somehow really screwed up in raising her. Did she not know the trouble our foremothers went to in order to secure us the right to vote? To go to college? To work full time for equal pay? Or had she, in spite of her less than perfect childhood, turned out exactly right? Has my daughter actually moved beyond her gender, at least in the professional sense, and become the competent and professional person I always knew she would be? She went on to say this – “Traditionally men didn’t want women in the workplace because they are too sensitive – Adria has proven to be that. By publicly shaming them, she’s cost two people including herself a job. The joke wasn’t public enough to be shared in that way. Furthermore, someone with her influence should use her powers for good. This doesn’t help women.”

My daughter simply doesn’t want to be treated any differently because she’s a woman. That also means she doesn’t want to be tiptoed around or looked at as some sort of “protected class” that can’t take a joke. Does that mean goofballs get a pass to say whatever they want? Of course not! We should ALL be held to professional standards, especially at a conference like this. If a man had been offended by the joke and responded the same way, would we be seeing the same viral reaction? Adria Richards has every right to be offended. People offend me ALL THE TIME. It’s how we respond to that kind of negative stimulus that matters. I don’t even mind the public shaming – I shame people all the time. I call out poor customer service, unprofessional recruiters, and crappy career advice. When appropriate I do so confidentially. I blog about these things because they matter; it’s an important cautionary tale for some, and yet I do so carefully because I don’t want anyone to be fired over it.

So what is the right response? While I think Adria’s reaction was over the top, I don’t know that there’s a one size fits all response to these situations. I asked Kim how she would have reacted if she were in Adria’s seat that day. She admitted that she most likely would have laughed – she’s a lot like me in she just doesn’t take this stuff too seriously. If she felt truly offended or harassed? Simple. She would have done exactly what I would have done. Turned around, impaled them with my stink eye, and asked the joke teller if he kissed his mother with that mouth. If I may paraphrase a line from Adria’s own post on the subject – my daughter is too tough to let the ass clowns at a conference make it impossible for her to learn and love programming – or anything else.

Suzanne THANK YOU. I think she's fantastic and am so proud of her... I quoted her directly for this (the italics) and she's a very articulate young lady.

Your daughter's already learned to be strong on her own, not waiting for her hand to be held - good for her!

I think that this situation only required the offended person to turn around, express that what was said was inappropriate for the setting, and be done with it. In all areas of personal and business life, I speak up for myself if it is important to me. I can't wait around for someone to regulate or legislate it for me.

Amber exactly. :) And before anyone assumes that she feels this way because I do, trust me we disagree on a LOT of issues.... and I respect her for having such strong views (even when she's wrong lol).

As an observer without real insight beyond the descriptions provided:

- The joke was a mistake. Everyone makes them and hopefully regrets them and... and, learns not to do it repeatedly.

-There was no evidence presented that this was the 2nd, 5th or 50th time the men acted in an unprofessional manner in public while representing their company.

- There is no evidence that the woman who was offended did anything but respond that she was offended and used the tools at her disposal to do it...which today includes social media to call them on it. Did she escalate faster than someone more mature might have? Yes but that isn't a gender trait. Consider what came next.

- The 1st serious error seems to be in the lack of competence about HR with respect to the leaders of the firm who 'investigated' and fired an employee for having a brain fart in the middle of a conference. Slap their hand, make an apology and get on with it.

- The second serious error is reacting to terrorist threats and denial of service actions by essentially firing the employee rather than defending the [leaders] decision and tracking down the criminals (and now the comments are evidence of much more serious behavior...that puts people in jail)

My take away is your daughter is more mature in how she would have handled the situation than most men OR women at that age but, I wouldn't judge either the men or women from a gender perspective. Offensive language around gender, religion, orientation, race etc. cause similar problems which is why we establish policies to address them in business...but putting the onus on the woman's reaction is also stereotyping.

There is a deeper issue about playing out the day-to-day challenges of being politically correct...or not in a public/online forum that deserve much more discussion if they might come to the attention of the modern day equivalent of anarchists.

For now, I would advise my sons and daughters to learn how to escalate. I might also suggest they not go to work for firms whose leaders have no clue about managing people in the 21st century

Thanks so much for weighing in on this Gerry - Cody says hello. :) I completely agree with you. The joke was stupid, tasteless, and sounds like there was more than one. That's bad judgment on the joke teller's part for sure.

Adria's reach and influence no doubt had something to do with the way this spiraled out of control, and I think that is my daughter's larger issue. Women in authority or who have this "power", if you will, are sometimes using it in a way that ultimately hurts girls like Kim. I would have completed supported Adria's tweets and posts if she had not so publicly called out the offenders. She could have said "men at the event" and left out names, pics, etc. and still got her message across, IMO. By calling them out specifically it's spiraled into this total mess where they're both out of a job.

Also, I'm uncomfortable with her stance in the follow up blog post she wrote (which I linked back to). If she didn't ACT, little girls won't learn to code. Or something. That kind of dramatization doesn't help ANYONE. I don't know how she goes from being offended by (and rightly calling out) childish, frat boy behavior to claiming the future of programming was on the line. Ugh.

Stephanie I will tell her! LOL

For the record - my daughter read this post (she didn't before I published) and wants everyone to know that she DOES appreciate the hard work and efforts of the women who came before us and wrote not one but two papers on Elizabeth Cady Stanton in middle school lol.

Comment by Will Thomson on March 28, 2013 at 11:26pm
I agree with Suzanne! I am not looking forward to my little girl growing up at all!