40 % of Blackberry uses could trade in for an iphone ?

Can you blame ‘em? If you bought into a two-year contract a little more
than two years ago, possibly because of shortcomings in the first iPhone
(a perfectly reasonable decision), you would have been watching with
jealous eye the introduction of the 3G, the 3GS, and the launch and
growth of the App Store.

I wouldn’t blame you if you wanted to change. BlackBerry makes some excellent handsets and has a unique value proposition, but if I’m honest, I think they’ve… Continue

Tax Increase on the freelance consultancy sector .. can you make it work to your advantage ?

Tax increase on the freelance consultant sector , can you make it
work to your advantage ?

As part of Government’s strategy to reduce the national debt, a number of new taxes have been introduced,
two of which directly affect the higher end freelance consultant sector.

Courtesy of Adcourier / Broadbean
Analysis of almost 8 million job postings has highlighted the extent of Britain’s recession in 2009, clearly naming the winners and losers of the recruiting industries.

The latest report discusses data on the number of jobs distributed by Adcourier to its (circa) 1,100 job
boards during the 2009 calendar year. The report is broken down by sector, providing details on how… Continue

Following the recent news that some umbrella companies have entered into a voluntary arrangement and that two other “umbrella service providers” have left
contractors unpaid, agencies should take care to ensure they are
protected against umbrella failures, says the recruitment law specialist
Lawspeed.

Adrian Marlowe, MD of Lawspeed and Chair of the recruiter trade body, the Association…

Personal Branding ... is it your bag ?

After reading a few articles on the online branding , social media aspects of recruitment it seems to be candidates with either good marketing skills ( of themselves) or good software / design skills are starting to produce different types of CV's to stand out in the crowd.

Four celebrities continue to learn about the realities of unemployment as they move in with an unemployed buddy in the second part of this documentary, which explores joblessness in modern Britain.

Larry Lamb, Diarmuid Gavin, Emma Parker Bowles and Meg Matthews have been
stripped of all their money, clothes and personal possessions, and are
experiencing what it's like to be out of work and out of money.

Amongst a series of other proposals to delay new laws, the government has announced that it intends to delay implementation of the Agency Workers Directive in the UK until late 2011.

However it is understood that the legislation will be laid before Parliament as soon as possible
after conclusion of a 2nd consultation which is expected to end early in 2010.

Do you understand how this could affect you ? if not look at UK Recruiter group on this site it has some interesting… Continue

A recent article I read .

Let's fantasize about what it would be like to take maybe a month off (or, since we are dreaming, maybe even two) just to do succession planning. It would be a time frame when no jobs are assigned, and you have a complete focus on finding candidates for jobs that are not yet open.

At Brown Shoe Company, we have established a program to do this. We call it the "Strategic Month." Each corporate recruiter doing full-cycle…

Detail on SEO - Join the discussion at Ecruit-seo group

Below you will find some detail on tools I use to track , test & utilise my site positions and readability in the search engines to produce organic search results , hope you find them useful , if you have any of your own , place them on the discussion board as its good to share !

Keep an eye on your search engine rankings across the major and minor search engines. If you see a ranking drop or increase you will…
Continue

At last a new project has finally came to fruition !

In the corridors of power ( i.e outside my office door !) , there had been discussion of opening a new division of my recruitment business , and finally it happened.

I have teamed up with a fellow colleague of mine ( ex creative director @ Barkers Advertising) , to add to our portfolio a Recruitment Advertising Agency.

To top it all off , we have won a contract with The Scottish Qualifications Authority (…

The New Boy - whats going on ? 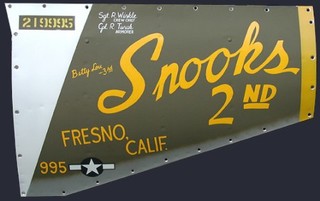 New shiny boy kev started with me today , well he was in training last week for one day!

Shiny Boy as Ill call him has surprised me , no rec experience at all , he goes and gets cv's fresh ones from the deli counter ( aka - social network site ) and ends up with 6 new shiny new candidates to market plus shiny boy gets a job order from dubai !

6 possible hires from one client , now I have now idea…

Job board oppertunities for all !!!

Ecruit technologies is having a web sale this month , we are offering talented business owners the oppertunity to invest in a recruitment website for less than £500.00 per month.( 12 months )

We have over 100 of these sites to market , they will be owned by the purchaser , marketed via google and advice for the entire year via ourselves this is what you get :

1.Select from our templates & colour options
2.WYSIWYG (what you see is what you get)
3.You enter your… Continue

USA (SANEPR.com) December 28, 2007 -- Aviation jobs has seen a rapid growth in visitors to the free employer website in the first 2 months of trading.

"The response has been fantastic with over 45,000 unique visitors checking out the latest offers by employers , 2008 will be the most exciting yet " states tom mcewan owner of aviation jobs.

aviation jobs is the free job portal for the aviation…

Back to work & New year offers from Aviation-jobs.net

Happy xmas to all and all your families , next year is nearly here and im sure it will bring more surprises than last year.

We will be releasing the next stage of Aviation-jobs.net which is looking very good as we are offering recruitment companies involved in the Aviation sector the chance to own a connected job board from £200.00 per month , Aviation - Jobs has gained page rank 4 in google in 2 months , we are also recieving 40,000 unique visitors on average which is…

With the aviation-jobs.net board running well and starting to bite into the masses of aviation job boards that charge for posting , I believe its time to look at other options in the web and challenging the seo within the recruitment industry.

I have massive respect for Mr cheezman and yes I would want to be the UK equivialent , however that may take some time , so what new things can i share with you.

we finally done it & ooh hello all

First time writing a blog yknow , if its a bit messed up , ill try to fix it in my next installment .

I am excited and really pleased about my latest adventures in job board land , so much so that I achieved 4th page rank on google within 4 days , its seeming quite surprising and yes to me it was so wooo pee dooo I am in the mainstream of the google world in less than than the time it takes to get thru london rush hour traffic.

My background working at monster…