Take this job and shove it!

The job market has been brutal for a while now. Unfortunately, layoffs, downsizings and closings have all been a major part of today’s society. The unemployed have taken jobs they are over qualified for just to make ends meet. It’s been a trying couple of years. We’ve all been affected in one way or another.

Not surprisingly, recent studies show, the employed are…

I keep everything online from my music to my bills and everything in between. I have practically my life online. Including my resume. I recently asked a candidate if they had a link to their online resume…allI got was silence. No stuttering, no excuses –just silence. My guess is they didn’t know there could be such a…

HR professionals have been trying to control health care costs by continually tweaking the medical plan designs, which result in shifting more costs to employees but do not reduce the cost of health care. That is why the new focus needs to be on prevention and wellness.

While this is not a new concept there needs to be more focus on it in order for it to make a difference. Some of the moderate plan designs (such as 100% coverage for preventative testing and wellness exams…

Despite common thinking and modern myths, Recruitment Process Outsourcing can be a perfect fit for a mid-size organization – a company with as few as 100 hires annually. The days are gone when the arguments against this kind of professional partnership could stand up to strong argument.

In the first installment of their executive brief, “An Eight-Round Knockout: The Right RPO KO’s Mid-Size In-House Recruitment… Continue

Pull vs Push in the Candidate model

In the course of our talent acquisition work at Kinetix we invariably see both the good and bad habits of both companies and candidates in the process. One item that regularly bothers me on the company side is a behavior practiced by so many corporate and HR folks that we call it the “Heisman”…. that is to say that they feel so overwhelmed by all the applicants to their job postings…many of which may not be…

Recently I was reading an article by DMS of a similar name “What’s in your Brand Bank Account?” – and he got me thinking again how closely aligned proper PR and
marketing focus is to job search today. In his post, he writes:

“Brands add to their accounts by creating things of value and giving them to people. For example, Apple has the genius bar
and their free seminars.…

Do I remember you?

The challenge that job seekers face in today’s world is very similar to that of most sales/marketing types, namely:

The big get bigger, and the small kick their a**

If I wasn’t already excited about the potential for 2010 to be a better year, the start of February cemented it. Three mega-deals were announced the first week of February by Monster, Manpower and Spherion,respectively.

Details on each here:

Personal vs Work...you in or out?

I sit here on the plane, contemplating what is important in life and how so many things can get lost in the day-to-day. Conversely, there is so much to add to your life if you take the time to experience and 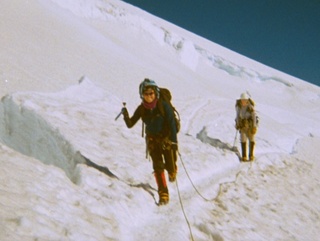 appreciate as it happens. Platitudes, I know…..Yesterday a colleague and I got to spend time with some new friends, learn a tremendous amount, share experiences and begin to build a relationship. I am at once overwhelmed and energized by the trip.… Continue

The company was able to improve hiring speed and quality even as it cut its annual recruiting advertising budget in North America by $300,000. The effort also has corresponded with better business outcomes. Customer… Continue

How not to get help….

I was getting gas for my truck the other night. A pretty simple activity today with pay at the pump and fast passes, and something that is relatively solitary – many times happily so. As I was about half way done, a young boy, about 10 or 11 years old, approached my car. I did not see him until he was standing about 3 feet from me along side my truck. I was surprised, but looked at him, smiled and said hi. He said hi and then took a step closer – he could have been in my kids’ grade school… Continue

Be Thankful for your Problems

In my “book” the holidays (and not simply the one we most recently celebrated) are a time for reflection and giving thanks in more ways than one. I try every year to take time alone and with my family (especially with my children) to reflect on how blessed we are. This can be challenging during the rush of the season and the many “priorities” imposed as a result of expectations we generally put on ourselves. Add to that my children, who… Continue

Being Unemployed Doesn’t Have to Mean Going Broke

Perhaps the most painful aspect of sudden unexpected job loss is the hit to your wallet. No one likes to have to watch every penny they spend, or worse, lie awake at night wondering how to pay the electric bill. Financial experts suggest having at least 8 months of living expenses in cash to safeguard against financial ruin if unemployment strikes. Many people react to this as laughable, but having a solid foundation of reserves is important. So… Continue

Unemployment’s No Fun, but You Will Get Through It

Being laid off is a blow to the ego, no doubt. The good news for today’s victims is that they’re in good company. Economic declines are always accompanied by job loss, but in this unprecedented downturn, it’s rare to find someone unscathed. Still, like losing a loved one or going through a divorce, job loss brings with it a grieving process. It’s important to recognize everyone must move through the stages of grief and that they’re not linear; that is, you’ll move between the various stages… Continue

This week I was talking with some of our Jumpstart my job search participants, and realized that there are some themes to the challenges and opportunities that they found, which are consistent whether they were just beginning their job search or had been at it for quite a while. So I decided to summarize 5 keys they found most impactful in getting their job search off the ground.

Welcome to the REAL World

Those of you in the biz – don’t laugh: I received this response to a LinkedIn referral request for a specific type of position that this gentleman would know (I had also attached the link to our RPO client’s career site listing) :

Thanks for reaching out to me. Don’t take this personally, but I generally do not work with recruiters because 95% of them do not deliver. I really have no respect for any organization/business who cannot come directly to me.


There is no… Continue

If you’re like many, you’re standing by observing this social networking frenzy – nothing short of a blitz – and wondering, what IS this stuff?? And why would I want to “follow” my local TV station anyway? It’s a big waste of time, right? Not so fast…

The simple fact is, there may soon come a time when having a Twitter account will be as critical to a business person as having a Blackberry. No longer an option, but a necessity. So get past your disdain for that which you’re not… Continue