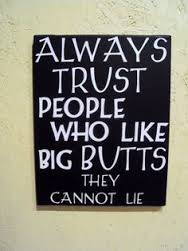 When this takes place do we end up with a talent shortage or a trust shortage?

Trust deficient individuals are overtly judgmental and suspicious of anyone that happens to be actively pursuing a new employment opportunity. To them, active job seekers are viewed as defective and inferior and obviously not trustworthy talent or they would not be unemployed, underemployed or unsatisfactorily employed. If an active job seeker is fortunate enough to be granted an interview, everything he or she says about why they are looking or why they are not working may unjustly fuel skepticism about their employability. Entire chunks of the available labor pool are automatically disregarded because of this unreasonable level of distrust of active job seekers’ abilities.

Instead of conducting a professional business-person to business-person conversation, trust deficient interrogator types play games and ask tricky (no-win & awkward to answer) or irrelevant questions to see how people think, act or respond under pressure. They prefer to treat interviews as “guilty until proven innocent” interrogations. Putting people on the spot and convincing them to spell out failures, mistakes and weaknesses helps reinforce the mind-reader’s reasons for not trusting any positive information acquired. Anyone that doesn’t tell the interrogator what they want to hear in the way they want to hear it gets dismissed.

Some interviewers live in a world where their own power trips entitle them to demand current compensation and salary history from any prospective candidates in order to pre-classify them as worthy or unworthy of the position under consideration. Rather than developing a market-driven compensation structure to reflect the performance criteria of any respective position, the trust deficient power tripper bases a candidate’s future earnings on unrelated present or past income. Even if a candidate is adamant about money not being a key motivator, the non-trusting psychic-friends-network interviewer will assume that’s a lie and refuse to accept that anyone would have different priorities than him/herself. The power tripping wannabe psychologist’s assessment of candidates’ financial situation is what determines who moves ahead or who is dropped.

These self-appointed detectives are not satisfied with traditional due diligence and objective (compliant) background or reference checks, so they seek out backdoor methods to dig up dirt about candidates. They have no qualms about putting the candidate’s employment status or professional relationships in jeopardy with premature inquiries or unauthorized sleuthing. Investigators may even probe backdoor sources for personal details, gossip, hearsay and speculation and put more weight on that than other input. Trust deficient detective types are always eager to rely on information obtained out of context, especially if it contradicts other data collected. Sneaky NSA-style intrusion or privacy invasion might be all it takes to disqualify an otherwise qualified candidate. 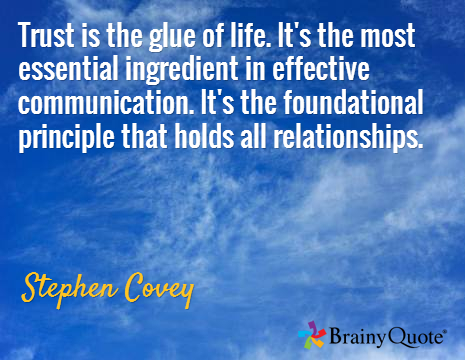 While being thorough and thoughtful is encouraged, taken to the extreme trust deficiencies can undermine the success of a selection process. Judging, interrogating, power-tripping and investigating as described here does not make for a trust-based relationship.

If the pre-screen crystal ball predicts LIES ahead, then don’t waste time engaging in any of this trust deficient behavior. Sir-Mix-A-Lot knows what he likes and so should you.

This is a thoughtful post. I agree. Could it be insecurity? Make the hiring process more difficult, and doing stupid things like calling references before even interviewing the candidate, etc. The number of e-mail assessments is unbelievable. Just what is everyone measuring? I think there will be lawsuits over this type of thing. I've seen serious privacy issues, like references contacted before candidate applied, or was schedule for an interview. The candidate was working, her boss was contacted, and her assistant.  what about confidentiality, privacy? The right to not have your life ruined by a company who doesn't understand tact, confidentiality, or recruiting. Someone sucked the human out of HR, and it's worse this year

Thanks, Barbara! Out of all of these, I think the background/reference checking has the most potential to do the most harm. I don't understand how those that justify these premature or unofficial snooping methods don't consider how they would like someone violating their privacy/confidentiality that way. If they are THAT suspicious of the candidate, why bother spending any more time on them to search for skeletons in the closet that may or may not exist?

Last week someone I know was asked early on during a phone interview with a (seemingly lime-tinted) recruiter: "what are your salary requirements?" My pal stated a reasonable (typical) range and affirmed flexibility regarding compensation. Then recruiter asked: "well what do you think you are WORTH?" My pal hesitated a bit then said: "not sure whether what I think I'm *worth* is relevant in this context as you likely have a budget for the role either way and like I said I am flexible about that as long as the rest of the details make sense." During the brief hesitation recruiter added: "puts it in a different perspective doesn't it?" while patting herself on the back for asking such an amazingly brilliant question.

Another person (who contacted a recruiter directly about a posted opening) shared an email message from that recruiter (poster of the ad) including this question: "I would need to ask you up front what range are you seeking?"

Both of these people feel less than enthused about the way these "conversations" took place. And, thus, regardless of whether they move forward or not, already the first encounter with those employers not a positive experience.

I realize these $ questions are not uncommon, but I just think if these recruiters *MUST* know that information, they might try a less rude approach.

Of greater concern to me are the work "cultures" that perpetuate bad behavior. The arrogance that rolls downhill from the top. The "we only hire the best and the brightest - and since you didn't graduate from..." mentality and questioning. The belief that a candidate should genuflect in the presence of a recruiter - and heaven forbid you ask them questions about how THEY source or recruit (ah, yes - I've asked these a few times to a response that can best be described as "disgusted").

Bad behavior is bad behavior - if only these bad recruiters knew that their names ARE shared...

Oh how I would love see those "disgusted" reactions, Steve.

It's quite common for orgs that claim to only hire the best and brightest to have anything but that image when their recruiters conduct themselves so poorly. It makes you wonder if there should be a an asterisk next to that phrase...

We only hire the best and brightest*

IMHO, any person that complains about being approached politely, professionally, and in good faith by a recruiter (and expects something "special" because of who they think they are) isn't worth hiring-they're too arrogant.

Another right-on-the-money post by Kelly. As one who has been through a couple of long, grueling job searches, I've seen your examples played out. The "active job seeker" one has bit me before, but nothing irks me more than the salary history question. I know that salary expectations will come up as a valid point of discussion, but HISTORY?! Not relevant. Employers need to set a reasonable salary range based on the job, and not play games with that... for example, if the ideal candidate happens to come from the non-profit world. I wrote in my blog post, New Rules for the Job Search, that a new rule is employers need to be open, transparent about the salary range up front. No guessing games.

Thanks for adding your thoughts, Rich. Imagine walking into a sporting goods store to buy some new running shoes and having the sales clerk demand to know how much you spent on your last pair before allowing you to try on your size from the styles on display.