Ham Between The Sandwich 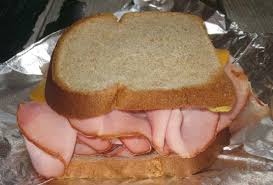 Wow, been lot’s of slag lately on the web about the epic battle, better then the war of the worlds, more heated then the battle of the sexes, some would say, depending on the side of the fence you are on, It’s a battle of good vs evil! Headhunter/Recruiter Vs Human Resources, Alien vs. Predator I could go on all day! The way I see it it’s not a battle at all as we are on the same side of the table. It’s in both of our best interest to fill the vacancy.

So why all this static? Why all the hurt feelings and rants about this mutually beneficial relationship? On the outside and to the casual observer it doesn’t make any rational sense. But ya news flash we don’t live in a rational world and that goes double for us in the Headhunting jungle. Takes two halves to make the deal, we have to marry both sides together to make it work. Both side of the equation are people not inanimate objects like a car or furniture. Both halves of the deal are always in flux and their needs need to be massaged at times.

Most relationships start breaking down when there is a lack of communication, they further erode when the communication is not clear may be opaque or vague and one of the parties does not fully understand what the other was communicating. Enter the Recruiter/HR paradigm. It’s almost like we are both the “Ham between the Sandwich” The bread in this case is the Applicant and the Hiring Manager. Let me explain.

Hiring Manager puts the req. out to HR who in turn uses a Headhunter. The game is afoot and a few candidates are selected for interviews. Great news as the sales cycle has accelerated. After the interviews “Crickets” no feedback. Zero.  There could be a multitude of reasons and here is where communication comes in. The applicant like all other applicants who are on the market most likely have other irons in the fire, the Recruiter see’s all the hard work going down the drain and calls HR and vents. Again here is where communication is so vital to the process.

The reality is HR is not trying to personally wreck your career they just don’t have any info. for you. Trust me they are not holding back, the bottleneck is with the authority who the role reports to. That link has broken down. On the flip side when the Recruiter calls HR and advises that the candidate now has other options and we are going to lose them if we don’t act, sometimes the message, and the communication seems adversarial when it should not be. It’s the emotions of both parties bubbling to the surface. The Recruiter see’s many hours of hard work going down the drain and HR most likely is starting to feel harassed and alienated. A divorce is forthcoming.

Communication is the key. If your clients are bogging you down get new ones. Conversely if your company keeps losing great talent, and is churning through Recruiters you may want to look at the length and the urgency of the Hiring Process.