How is writing about millennials still a thing? 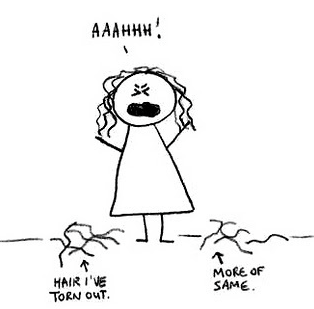 In fact, how was it EVER a thing?

If I had a dollar for every time I've read or heard something along the lines of the following, I'd be able to afford lots of lunch items not listed on the Del Taco "buck and under" menu.

"For the first time in U.S. history, four generations are working together side by side"

Why is all of this generational theory content still so pervasive in the HR/recruiting-sphere?

While I'm not into publicly publishing my age, I will state that I've been working long enough to know the above is absolutely FALSE. No matter where I've worked since my high school years there have been people of all age ranges in practically every workplace I've seen.

I also recall NO ONE cared or made any fuss whatsoever about any combination of generations working side by side.

However, somewhere along the past dozen or so years, there's been this obsession of making it a BIG DEAL. There doesn't seem to be any signs that this trend is ever going to end either.

Unfortunately, the opposite seems to be happening as an abundance of generational thought leaders and article writers have discovered new ways to push more of the same nonsense in reference to generation Z.

I can't possibly be the only person to notice and wonder why this topic appears to be coated in a version of Kryptonite that erases common sense.

A-men. Just wrote a post about it myself because it drives me nuts. I mean, get the fundamentals right, then we can talk about it. Until then? No. Just no.

Top brainpoke post! I am here raising my hands in the air, clapping and nodding yes, YES!!  Please let's keep this sensible conversation going.  HR-Recruiting-Business sphere has gone nuts over this Millennial thing - panic mongering, snake oil peddling, shiny object obsessing.  Now I do believe there is a shift in mind-set and understanding of 'work'; the relationship between those needing work to be done and those willing and able to do the work.  100% agree it is not confined to a specific generation. We need to ditch the labels. This is where Recruiters-HR-Business need to focus their attention - on crafting the new 'work' arrangements and how we creatively attract and contract the best humans needed for the work at hand.

Thanks for the comments, Ladies! Please spread the word. Maybe we can start a movement to ban such noise.

BTW - KK, I like how the image resembles me :D