Recruiters: Are you serious? 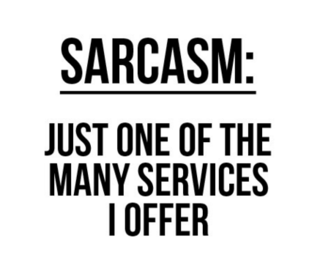 Some people don’t appreciate sarcasm, snark or cynicism. And, some people don’t think cheese, bread and wine qualifies as a well-rounded meal. If I told them that’s exactly what I’m consuming for “dinner” while writing this, they’d probably ask: “Are you serious?”

A question asked in disbelief with an extremely sarcastic tone questioning someone’s actions or statement. It is a way to point out someone’s stupidity in the form of a question. ~ Urban Dictionary

Recruiters and everyone associated with the recruiting career category (especially HR practitioners!) wants nothing more than to be taken seriously. Alas, I’m about to share another tale about another round of reasons random recruiters are ruining the reputation of the recruiting profession.

First of all, I’m not at all on board at all with categorizing members of the talent pool with goofy labels such as passive or active. Nor, do I think there is any distinguishable difference in candidate quality between individuals that happen to be interested in considering new opportunities and those that are not.

Nevertheless, plenty of others insist that not only do these labels matter, but so does the perceived superiority of anyone deemed passive compared to active when it comes to employability. I suppose that’s one of those, let’s agree to disagree, situations.

However, what most of us might agree on is that these so-called passives, at least those with highly desired skill sets, pretty much despise just about everything coming their way in the way of a recruiting call, email or inMail. There are countless examples of horrendous and/or hilarious cold call pitches and email/inMail messaging proving those prized passives are beyond justified in their negative sentiments about the perpetrators of the amateurish attempts at engagement.

It’s ironic that the top targets are the least likely to be tempted to take a moment to pay any attention to such asinine actions. Yet some of these recruiting types keep at it anyway.

Not only are the initial contact pursuits dreadful, but many of these recruiters instantaneously seem to forget that they are the pursuer of these passives as they inject hiring hurdles that would be hated by even the most desperate of active applicants.

Thus, the question: Are you serious?

Just this week, a friend – let’s call her, Brenda, forwarded me an inMail from a recruiter at a competitor (though a far less prominent brand) of her current company.

The message wasn’t entirely awful, but it did contain a slew of “opportunities” suggesting it was about as personalized as “Dear Resident” bulk mailer campaign for rain gutter cleaning services. The recruiter also added a line along the lines of: “if interested in discussing, please forward your resume.”

Brenda is highly regarded in her field and content where she’s at (again a place most would agree is more admirable brand-wise than the firm she's being contacted by). Though having been there a while, she'd be open to having a conversation to explore the market.

Of course I said: NO! Of course she asked: WHY?

I suggested she reply (if interested in chatting) by telling the recruiter she’d be glad to have a conversation to determine mutual interest, but that she doesn’t currently have an updated resume to send. Which, being that Brenda is what some would call passive, seemed a reasonable response AND actually true.

By the way... Brenda’s LinkedIn profile (which obviously was the source of this sourcing endeavor) is far more complete than the average passive person and contains sufficient content that anyone with half of a clue could understand and reference during any preliminary screening call.

I further explained that if serious about her, and if there was in fact a serious opportunity, the recruiter that initiated contact would be eager to speak with her with or without a resume. Which to me, is perfectly reasonable and SHOULD actually be true!

I added that I don’t recommend randomly sending resumes around to recruiters (or anyone else) that you don’t already know or haven’t at least spoken with about a specific opening. And, based on the inMail, that particular recruiter could quite possibly be spamming tons of people based on a simple key word search and she would have no way of knowing who else (in her tight-knit industry) may have access to her resume once she passes it on.

So, imagine my annoyance when Brenda forwarded me the next communication thread following her polite and professional version of the above response. Sure enough, random recruiter reiterated the resume request – in such an arrogant “per my previous email, please send me your resume” type of manner.

Naturally, Brenda was pissed and we both came to the same conclusion that said recruiter is an obnoxious jackhole, just like the one I previously wrote about here.

Some things never change… Again, recruiters: are you serious?

That recruiter is a douche. There is SUCH entitlement here, and then they're all "why do people think I'm a douche?"