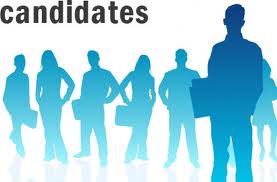 I was chatting with (Mark’s oldest daughter) last night.  While catching up, she thought you'd enjoy the following story.

During the process, I made sure to do all the normal email follow ups with HR and each member of the interviews.  They always yielded a response from HR.

That said, since this final interview, HR is completely MIA.  There was an initial response the day after the final interview saying they would have a decision made soon and would contact me.  It has now been 6 weeks with 3 followups from me and no response.

In the end, the courting phase lasted about a 6 weeks with 3 full length interviews, travel to meet the team/ decision makers and then silence.

More odd than anything else was how smooth and transparent the correspondence was during the whole process until the end.  In coordinating all the interviews, we passed 30+ emails and a couple of phone calls back and forth.

Hope you can use it in some educational way and you're staying cool in this heat.

Turns out, in this case, we knew the company, a Fortune 50 firm. One email and an hour later the candidate was called by the recruiter who explained that the job was filled by another candidate.

We know the 'silence' was to keep him warm...for six weeks! 'No response' was considered better than telling a lie....or telling the truth- "we're waiting for a better candidate to commit."...for 6 weeks!

The recruiter hadn't planned on 6 weeks. 1 day just became six weeks. We all know how that works. #slipperyslope

1. Employers' poor practices will be seen for what they are..wanting...and everyone will know.

2. Better to disappoint someone [qualified...even unqualified] who cares to work for you in the short term than anger someone who may be soon working at your biggest competitor for the long haul. And forget it if he or she is also a customer.

3. How do you really 'know' if your recruiters are avoiding returning a call to  a silver medalist for even a single day? If they do it for a single day, what prevents them from doing it 2 days, 3 days...?

4. How do you really 'know' that your recruiters aren't rusing your silver medalists to keep them warm while waiting for that selected candidate to make up his/her mind?

Advice to employers:, If you've not the guts to train for full transparency and are not willing to hold your team accountable with solid metrics, you should be outsourcing your jobs to a firm or a recruiter with those capabilities...and measuring the way you treat the candidate in either instance.

Too true, too often. Good post, Gerry. As a third party recruiter, I try to be upfront and timely with my candidates and clients. BUT, it is very frustrating when a client (or candidate) feels the need to keep everyone in the dark. I would much rather let a candidate know they're being kept "warm". It doesn't take much to convey this in a respectful, tactful manner. Example, client looking for a regional sales manager is in the process of evaluating (not for the first time) exactly where they are going to place their next facility. "Hello, candidate. At this time the company is still making the final analysis and decision on where they will place the facility. I don't expect that they will have a final decision for the regional sales manager position until that decision is made. You still are someone they are interested in looking at for the role, but it may be several weeks before they move forward in the process. I'd like to keep in touch, fill you in on any updates from the company and also be updated of any changes on your end."

If a client is keeping a candidate "warm" simply because they think "next one might be better", then I feel that should be relayed and let the chips fall where they may. ( I would obviously tell the candidate in a much nicer way!)