If you want interviewing advice, there’s literally millions of options out there, and more or less, most of them say exactly the same stuff, such as “Research the company, prepare questions to ask, show up 10 minutes early, make eye contact,” you get the idea.

You know, the sort of advice that seems pretty obvious to any candidate who makes it through even a perfunctory screening process.

The thing that none of these posts tell you, however, is the fact that if you prepare for and approach an interview by more or less doing the same stuff as everyone else, you’re not doing yourself any favors.

The interview process is designed more or less as a confirmation of confirmation bias; the interviewer decided your likelihood of getting the gig, most of the time, the moment they saw your resume or profile.

That’s why an overwhelming majority of job interviews are spent focusing explicitly on information that’s on those documents.

Provided you’re not grossly hyperbolizing or outright lying about your experience or expertise (most of which will get flagged in the background check process), the purpose of most interviews is simply to prove the person matches the paper.

Pass this vetting process, give stock answers to generic questions (“tell me about yourself” is apparently code for “talk me through your resume”) and do all those best practices preached in most interviewing advice articles, and you’ll do exactly what’s expected of you.  That means the interview won’t cost you a job, but it won’t get you one, either.

The fact that interviews have become almost unilaterally standardized, or, in some cases, unnecessarily complex (logic puzzles, social engineering, silly or specious questions deemed “creative” in the corporate and colorless world of most hiring). 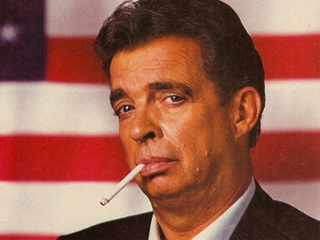 No Stupid Questions, Only Stupid Recruiters

We talk a lot about the value of recruiting skill sets, but forget sourcing, tech or branding for a minute.

The fact is, that when interview questions at your company are so predictable candidates can confidently crib these from online forums, you’re not actually finding a fit or looking for a person’s story beyond their professional credentials and superficial soft skills.

And when the most important step of the process is designed to check a box instead of align with a business strategy, you’re turning interviewing from a core recruiting competency into a commodity that’s repeatable to the point of rendering recruitment ROI replaceable.

Like writing or social media or driving, everyone thinks they’re good at it, whether or not that’s true.

So rather than have “standard” interview questions or candidate score cards (which are almost always still as subjective as any other flawed part of the recruitment process), change the game by rethinking the fundamentals of interviewing.

The point isn’t to obtain answers about stuff most recruiters only know secondhand (most of the technical screening consists of them scanning for the right keywords in a jumble of jargon that’s out of their element).  It’s to pass the same test that, aphorism or not, pretty accurately determines who wins the Presidency, and, almost unilaterally, quality of hire: is this someone I want to have a beer with?

Because every candidate who’s not just there out of courtesy (see: internal applicants) is a potential future colleague, and it’s interpersonal dynamics and the outcomes of those interactions that really define company culture.

The 3 Questions Every Recruiter Must Ask

Here are three questions that every interviewer should ask.  Why this perfunctory P.S.?  Because this is a B2B blog post, and it’s as expected as, say, “what’s your biggest weakness?” in job interviews, a convention of a pretty boring genre.  But these, in my experience, are all  you need, because an interview really isn’t about asking questions.  It’s about having a conversation.  These should get those going with even the most tightlipped of candidates:

1.    What’s the most interesting thing about you that’s not on your resume?

2.    What’s the biggest misconception your coworkers have about you and why do they think that?

3.    What has to happen during the course of the day to make it a good one at work?

The first question cuts through any previous preparation – most candidates are only prepared to talk about their resume or profile, so you’ll get honest answers and, from the best, the kind of tidbit that transforms a part of the process into a real person.

The second question is basically to gauge the candidate’s level of confidence and self-perception – and their answer should form the foundation for your professional reference checks, because the value of both, like an alibi, lies in both sides’ having matching stories.

The third tells you everything you need to know about whether or not the things that distinguish your opportunity from an identical job at your competitors – values, expectations and work style wrapped up into one seemingly simple question.

But if it’s constant recognition for a hands off hiring manager, or working across departments and you’re a heavily siloed organization, then you’ve hit on the kind of thing that most conventional interviews don’t catch –the subtext that really tells the real story beyond the job seeking surface.

@ Matt: You TALK to your candidates beyond getting their comm skills? GROSS!!