Step Inside the Outhouse That IS LinkedIn 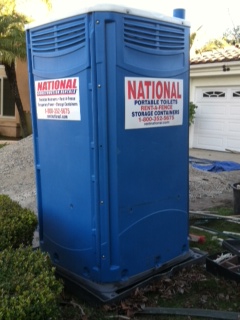 Way back when I first joined LinkedIn I was considered by many of my (regular, non-HR/recruiter) contacts to be an ambassador and promoter of the site. For several (perhaps hundreds) of my connections, I was their first. Less active networkers, distant colleagues, friends, or acquaintances would often comment to me (or even my husband) that they always noticed my LinkedIn activity.

When out and about networking and asking whether a professional contact was on LinkedIn AND suggesting those who weren’t to join, I’d often get asked if I received commission for that. Of course I didn’t. And, I made a point to emphasize my status of having no official affiliation with LinkedIn clear to anyone that asked.

Like many other users I routinely collected and shared relevant content in various groups or as a conversation-starting status update. I posted discussions topics and participated by commenting in groups pertaining to my work and field. And, of course I relied heavily on LinkedIn as a resource for information about other business people. Not surprisingly, during certain periods, I also used LinkedIn to research potential career opportunities.

The first few years as a LinkedIn member were fairly easy to remain a supporter and active user. For the past five or so years, however, the fact that I was once such a staunch supporter has created a growing sense of disappointment. And, my enthusiasm as a user has shifted to more of sensation of dread when I do partake in the LinkedIn platform.

Why, you might ask? Because LinkedIn has continued to be overtaken by inconsiderate behavior or irrelevant activity that has no business being on a business or professional networking site.

LinkedIn itself has made some questionable and unpopular user-interface choices causing many others to complain as well. Many articles have been written by early-adopters like Will Thomson and prominent longtime super connected members pointing out aspects of LinkedIn’s rapidly declining user-experience and value.

For me LinkedIn has become the equivalent of an outhouse or port-a-potty. You know those temporary plastic structures erected at events that you reluctantly enter, attempt to avoid looking at, smelling or touching anything, and then skedaddle away as you try to shake off the heebie-jeebies? Yeah, that’s sort of how I feel about visiting LinkedIn these days.

My logins are becoming fewer and farther between. And, when I do go online, I get in to do my business and out as quickly as possible just like when using a port-a-potty.

As much as I wish I felt differently, I’m not sure how confident I can be that LinkedIn won’t continue being stinky and full of crap.

Great post, Kelly. Is this why you haven't been answering my InMails?

What a great, real perspective on this. It's funny, because you put into words what I've felt. It's kind of like being a scorned lover, right? You push and support and defend, and at the end of the day, it's as if you're being told "Yeah thanks, but I've got other suitors I need to pay attention to, but hang around, OK?" Great stuff Kelly!

Comment by Noel Cocca on July 16, 2014 at 12:41pm
Great to here a real perspective. I am sure there are some similar stories but your early adoption makes for a great read. Thanks K!

I love this!  LinkedIn has become an Outhouse.  It is very unfortunate.  Still, people continue to invest in it.  I am just amazed.  Thanks for writing.

An apt metaphor, Kelly. As much as we're turned off by port-a-potties, many recognize their necessity and reluctantly use them. Maybe there's hope in their recent editorial push, perhaps there's still healthy discussion to had on their platform.

I was an early adopter of LI and had 30K direct connections early (is that at all rare any more I don't know?) and have been calling LI a cesspool since 2010.  But it is still a useful cesspool.

It could have been so much better.  Perhaps it can recapture its potential and become what it might have been.

Not so sure of that @Lisa. I have said this to many in the past, but the noise levels on LI are just reaching obscene levels.

I miss the days when LI actually had value for me!  I love the Q&A section.  It was always a 'online think tank' when it came to recruiting and other HR related issues.  Very helpful, and I met some really great people.  It was a great platform to meet people.  Now, it's like the party where everyone is drunk and I'm the sober one.

Well-said, as usual. Kelly. If I may be so bold:

Until the word gets out that large numbers of major LI customers are cancelling their LIR accounts, LI will continue to ****-over recruiters and members every chance they think they can get more money or can provide less service.

Keith, Amen.  And.... As long as companies continue to pour their entire life savings into LI.. Read my RD post next week.