Have you developed guideline for the usage of social networks in recruiting new employees? How to deal with (personal) information you can find?

Best Wishes and happy recruiting in 2008 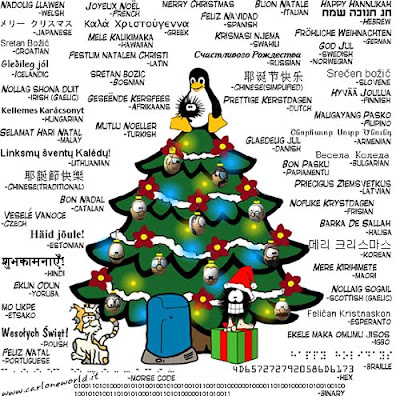 Let's Get Some Dialogue Going!

Hi everyone. I know I've been slacking off on this blog. I told Ted I would get back in here and start sharing again. Between running my firm and finding time to take classes, write my blogs (yes plural), manage an active network and run a household I'm pretty tired.

But I am now glad to be part of the International Recruiting Society (not a real name). I have landed a few clients after reaching out to my network for advice and tips on recruiting outside of the US.

As I was visiting the CNBC website, I came across an interesting video I wanted to share. They are clips of a summit where the two opposing sides were debating on whether or not the Middle East is effectively grooming and tapping into their human capital. I hope it facilitates some discussion.

Invest It Forward Debate At the World Economic Summit

What are your thoughts?

Dave Mendoza is a Master CyberSleuth and Affiliate Partner of JobMachine, Inc. He is one of the top 50 networkers worldwide on Linkedin with over 12,000+ connections, and a reach of over 8.5 Million by 3rd degree.

Dave has been active in the staffing conference circuit. He served as a Moderator for a Three Part webinar series and oversaw a panel on behalf of Kennedy Information/ Expo on the topic of Blogging for Talent, Branding and Web 2.0 Relationships, in addition to having Co-Presented at both an Kennedy Expo workshop ("A Sourcing Guru's Guide To Hacking Linkedin") in Las Vegas and ERE in San Diego as a workshop Co-Presenter, "Master's Session, Advanced Sourcing." He also contributed training on Advanced Sourcing workshops as an Affiliate Partner with Shally Steckerl's JobMachine Inc., the industry's foremost provider of Passive Talent research methods.

Dave welcomes Linkedin invitations and can be reached by email at ldavemendoza@gmail.com

He has over 60 recommendations listed within his Linkedin profile, http://www.linkedin.com/in/davemendoza

You can learn more about Dave in the following blog articles:

Very cool recruiting campaign by the US Navy Seals. Got to this one through Jim Stroud

December 17, 2007 (Computerworld) -- Google Inc. over the weekend quietly announced Google Profiles, which provide a way for users of various Google products like Google Maps and Google Reader to offer information about themselves to other users.

The announcement got some bloggers twittering about a possible future foray by Google into social networking. A Google Profile will initially include basic points, like a user's name, photo and location, and can include other information, like a person's profession.

Anyone can see a user's profile, the site noted, and if a user includes his full name in a profile, it may be returned in Google search results for that name.

The new Google Profiles are already available in Google Maps and Google Reader and will be added to other Web applications, noted Ionut Alex Chitu, in a post at the Google Operating System blog.

"It is not a stretch to see that these profiles are the perfect host for your activity streams, and your public activities could become a part of the profile (uploading photos to a photo album, bookmarking Web pages, posting a new blog post)," Chitu wrote.

Sepideh Saremi, a blogger at search engine optimization company Reprise Media, noted that this move, combined with Friday's announcement that Google Reader has been linked to the Google Talk chat feature in Gmail to help users better share content with friends, shows that Google is moving closer to building a social network.

Google is chipping away at rival Facebook by "leveraging the dependency Google users have on Google products and building a social network that integrates these products," Saremi wrote.

"Facebook, which tends to annoy its finicky user base by rolling out features that don't necessarily have the user's best interest at heart, should also look to Google when it wants to implement changes to its site," Saremi added. "Google is rolling out its own social features methodically, explaining them clearly, and respecting their user base by saying they will make changes per user feedback. Google's evolving social network platform will absolutely rival Facebook, and probably sooner than anyone realizes."

Ted Meulenkamp has not received any gifts yet

Lisa said…
Learn How Your Blog Spot Can Receive Free Advertising through www.RecruitingBlogswap.com

Do you want to attract more visitors to your career site but don’t have the budget for a big advertising or public relations campaign? No problem.

One of the most efficient and effective ways to attract highly targeted visitors to any web site is by increasing the number of visitors who find you in the organic (free) results of search engines such as Google and Yahoo. But how do you increase the number of those visitors? Make your web site come up higher in the results so more of your targeted visitors will see your site and click through. Two of the best ways of making your site come up higher in the search results are to add more content to your site and to increase the number of links to your site.

The Recruiting Blogswap at can help your career site come up higher in the search engine results because you can use it to increase the amount of content on your site and the number of links to your site. The Recruiting Blogswap is a FREE service of job board CollegeRecruiter.com but used by a wide variety of career sites. Some of the career sites want to attract candidates with years of experience, with certain skills, or from certain geographic areas. Other career sites which participate want to attract human resource professionals, hiring managers, or others on the employer side of the desk. But all of them use the Recruiting Blogswap to increase the number of targeted visitors to their site and they don’t pay a dime to do so.

If you have career-related articles, then sign up with the Recruiting Blogswap as an author. Your articles will automatically include a byline that will tell the readers about your organization and will link to your web site. Those articles will run on recruiting blogs which have signed up to publish articles written by you and other authors. When your articles run on those other sites, they will link to your site and that link will be in close proximity to the description of your organization in your byline. Google and the other search engines will infer from the proximity of the link to those keywords that your site is a good source for those who are searching for that information so your site will be moved up in the search engine results when people search on those keywords.

If you want to add more content to your site, then sign up with the Recruiting Blogswap as a publisher. You’ll receive articles from authors and may publish them on your site. If you choose not to, then the articles that you’re sent will be re-assigned to the next publisher in line. You’re never under an obligation to publish an article so you don’t have to worry about being asked to run an article that will be of no interest to your visitors. And by adding more articles to your site, when Google, Yahoo, and the other search engines find those articles, they’ll include them in their search results and will direct your most desired visitors to your site when they search for that type of content. Also, when you add more pages to your site, the search engines rank all of your pages higher as sites with more pages tend to be more likely to have the information being searched for.

Want to sign up as an author, publisher, or both? Great. Go to http://www.RecruitingBlogswap.com and get started today.

Please let me know if I may be of any additional assistance. I am here to help.