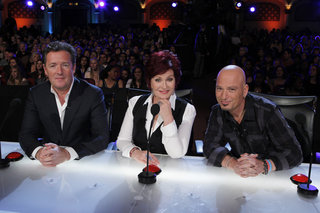 I sometimes got to go get Starbucks for the Reno 911! producers or find a sassy black supporting type for a two liner out of a room full of headshot files (my first sourcing gig)

But as the story  executives’ ignorance of my very existence and catering to the demands of the “creatives” made clear, the one thing I was not was Talent.  Nope, I was just the dude who stocked up the office supplies and looked up stuff on IMDB.

I’ll admit that accidental misunderstanding that got me into this business in the first place could have ended up with a way worse outcome (like having to be on the writing staff of a reality show).  But the fact is, that even though I’m doing alright for myself in the world of work, I still think of talent as something that’s covered in Variety, not BLS data.

I can’t think of a single company – and am pretty darn sure not a single vendor – call the clock watchers, manual laborers or 1099 insurance salesmen, who refer to their resident working stiffs as anything other than “talent.” It’s like the restaurant industry refers to customers as  ‘guests’ – it’s good marketing, sure, but come on, we’re really just interchangeable SKUs on the road to riches and endemic obesity.  Much like recruiters don't see actually see people past their resumes, and give applicants numbers instead of feedback and coaching.

That's largely because, in talent acquisition, what we’re referring to as “talent” mostly isn’t talented at all.  They’re just people who need a paycheck.  Then again, that makes most of us.

But we can all agree that talent is, in fact, a relative term – for example, the fact you can bang out Chopsticks on a Yamaha keyboard might be a talent (or sorts), but talent is hearing Glenn Gould polish off a Beethoven sonata on a Steinway.  The greeter at Wal-Mart are probably not “talent” unless you lack opposable thumbs for shaking hands or the ability to sit down for extended periods.  Now, I’m not knocking that noble greeting profession,  since the new OFCCP rules force employers to hire the disabled, probably not a bad HR strategy.  But you know that until they become “team members,” they’re considered to be talent.  It says so on their website.

Most jobs don’t require talent at all, frankly.  Recruiting is actually an exception, but only because human nature tends to be capricious, as do compensation professionals, hiring managers and candidates’ spouses.  But processing invoices in A/R, taking toll booth tickets and bussing tables doesn’t require talent, just tolerance.  A whole lot of tolerance, in fact, because unlike talent, stupidity is endemic in every workplace in America.

I’m not saying these jobs don’t have a heavy burden physically or mentally, but the ability to cope with stress and forced civility are pretty much what work is all about, really (outside actual work at work, which is incredibly rarer than talent).  Nor am I saying they don’t require skills, but even in professional roles requiring extremely specific experience, expertise and training require a tremendous amount of skills, which, unlike talent, can be learned.

Skills are bred; talent is born.  That’s why we say we’re looking for talent, but in fact are really just looking for skills – and that the person who has those skills also can speak in complete sentences and doesn’t have a dark, criminal past before making them an offer.  Other than that, the real talent in talent acquisition is actually getting that offer approved and accepted.

So let’s stop talking about “the war for talent.”  Instead, we should be talking about what skills we need and how best to utilize those skills our current and future workers have today and how to acquire the ones they – and your business – will need to succeed tomorrow, too.

*The only caveat I’ll give to the premise of this post is that the word talent is so amorphous and flexible – kind of like the business version of the “F word” – that it’s really convenient and easy to use in content marketing.  So don’t hate me when I go back to using it in the next post on recruiting or HR I happen to write.  Hey, it’s not talent, but it’s a living.

THERE IS NO WAR FOR TALENT!

There's a "War for Purple Squirrels" and a "War for Excellence on the Cheap" but let me repeat:

THERE IS NO WAR FOR TALENT!

It’s a term 3PRs and recruiting consultants use to scare you into giving them your money, instead of using it on some much more cost-effective and proven things like:

1.Improving your career-site and application process,

2.Setting up a gamefied ERP,

3.Using a low-cost & high quality RPO to get you job board and internet resumes/get contact info of LI profiles,

4.Using carefully-targeted direct sourcing of the people you want,

I’ve pointed out in the past that if an employer has an unfilled job there are basically two things they can do:

1) Make the job more attractive (money, benies, QoWL, telecommuting, stock, free food, SOMETHING more than the marketing hype of deluded wannabe, also-ran, and has-been companies) to the people you want to hire.

2) If you can’t/won’t do that- settle for who you can get at the price (etc.) you’re willing to pay.

“If you’re in a situation where you have a position(s) that’s unfillable at ANY price etc. then not only are you ******, but you’ve ****** yourself, AND you’re an idiot for getting into that situation.

I'm not in "Talent Acquisition”: I'm a Contract Recruiter- I "move the meat" or if you prefer, "provide the unspeakable for the insufferable".

However, you can call me anything you like, except "late" to pick up my paycheck!

My vote for a new blog title: stupidity is endemic in every workplace in America.

Comment by Sandra McCartt on March 28, 2014 at 8:15pm
Well Matt, my young friend. Many of us have been hammering the nail of the ridiculous buzzwords and jargon that started to become sexy in our industry around 08 '. Seemingly to no avail as it seems that there are a bevy of pitifully insecure weak or damaged egos in our industry who seem to think that it makes them sound important or confident to call themselves talent acquisition, thought leaders, visionaries.

It doesn't stop there. They don't phone interview. They "facilitate a phone call". They don't interview a candidate, they "conduct" an interview. The stilted, phony baloney, high blown use of jargon, buzzwords and text speak in correspondence, stupid titles like brand ambassadors and experience planners ,grows evermore tiresome and flat stupid.

I would suggest that the need for all this crap is nothing but a lack of confidence. People who know how to do their job and do it well don't need jargon or buzzwords or contrived trendy titles. In the real world of business using junk words makes you a joke. When you grow up - get comfortable in your own skin you will be able talk with people instead of announcing that you spent your morning "engaging with potential talent".

@Sandra Thanks for the comment; I've been rallying against these for some time as well - think I wrote my first post attacking buzzword bingo in recruiting in 2007. That said, since it hasn't changed and seems rife for satire, I suggest we both keep on fighting the good fight and if we can't beat 'em, at least we can have a good laugh.

"Let's dialog about this while we are workshopping but we need to caveat it". "Perhaps we can anniversary when we deadline and monetize"

We had to copy the Brits use of "recruitment" to sound more "refined" than recruiting. Now I'm waiting for "we will be recruitmenting"

Sweet Jesus we need to get over it, laugh at ourselves and quit thinking that jargon is professionalizing our industry. :)

Matt, Kelly, Sandra, and Everybody: If you can give me afew dozen recruiting jargon and buzzwords: I'll "define" them for us...

@Keith - what about this one?

It's not exclusive to the "talent" industry, but the word DISRUPT has become quite prominent in the past few years. The context: anything cool, new, innovative, changing, interesting, different or happening. Except usually the placement of the word or any variations of it, is merely hyping up something that isn't any of the above.