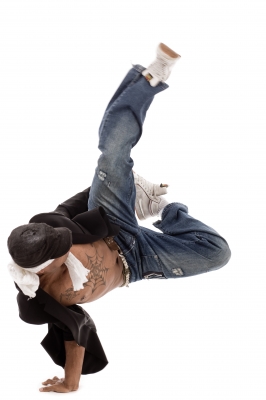 You interview lots of people every day. The candidates are keen to get the job you have within your gift. They get nervous, and you're just doing your day job. It's dead easy to get cocky and think you know it all. You start to get a little too clever. You think you can read something into every gesture, each word, and even the silences in between. It's VERY dangerous territory.....

Rather than look in the mirror, read this from the BBC. Some poor schmuk is after a job in Currys to sell TV's and laptops to herds of the great unwashed. He has a degree and is keen to get a job. Any job. He lives in south Wales and jobs aren't hanging off trees. He does his research. Frets. Does some more research. Frets. Puts on his best suit. Frets. You get the picture.

And what do Currys do when he finally fronts up? They ask him to dance. Yes. Dance.

In all that's holy, what the hell did these people think they were up to? What on earth possessed them to think this was a good idea? It was neither big or clever. It was very dumb. They end up with press coverage like this. And just what did they think they might learn by this? (Unless they thought they would open the store every morning with a song and dance show - hey. It's tough out there!)

There are many examples where interviewers are too clever for their own good. Just look at these dumb interview questions.

We all need to calm down and remember what we're trying to achieve. That includes me. And it probably includes you.

Some of those "Gawd Awful" questions can be fielded by recruiters Prepping the Candidate Appropriately.

For example, my personal favorite response to:

"Why should we hire you"

Tell Me About Yourself, is:

Put the onus back on them and take control of the interview.

Stupid Interview questions have been around since Lincoln was a cadet.  I instruct candidates to answer idiot questions from idiots with:  "That is an interesting question , why do you ask?"  Let the idiot that asks it explain why he is asking it.  If the explanation has any validity make somewhat of an attempt to answer it.  If it is on the lunatic fringe as many of those stupid questions can be.  Rather than answer it at all use the words of my friend Tom Chuna, " John, that is an interesting question.  I feel that an interview should be a discussion between two business professionals to ascertain if they can form a partnership that is good for both of them, in line with that, could you elaborate as to how that question or my answer might help us both know if we are on the same page?"

I had one highly qualifed and experienced candidate who was asked by some hotshot internal recruiter if he were a tree what kind of a tree would he be.  My candidate stood up, smiled and said, "the kind of tree who is not going to put down roots here but i am going to make like a tree and leaf."

Mr. Hotshot called to tell me that the interview had not gone well because it was hotshot's take that my candidate was arrogant.  Really , it sounds like to me he doesn't want to work for a company that wants people to be trees.

"That is an interesting question , why do you ask?" BRILLIANT!

"the kind of tree who is not going to put down roots here but i am going to make like a tree and leaf."

Those inane questions have nothing to do with gauging job-related knowledge, skills and abilities. And, there is no proof that asking a question to "allegedly" determine someone's comfort level outside their comfort-zone is a viable method of screening for ANYTHING including cultural fit.

Treating applicants as if they exist for your entertainment is beyond unprofessional and disrespectful.

Liked the closing note very much- "We all need to calm down and remember what we're trying to achieve". Very relevant, very true. Instead of intimidating the Candidate its better to find ways to connect and get through...