Being a new blogger myself (I think that's what we're called) all I can say Mark is...

Bloody Well Put! (Big Smiley Face would go here if I ever figure out how to add graphics)

It is a Strange New World but if you can grow a thick enough skin, and avoid some of the bigger, badder bullies, it seems to be well worth it.

Are you ready? The job seekers market is about to explode.

Last few years were pretty tough on the American workforce. You could separate all people into two main groups: those who had a job and those who didn't.


Majority of those who had a job were just happy to have one and stick with it, no matter how much they were interested in doing something else or moving to a different company. Because more people were willing to trade their ambitions for a steady paycheck, the job satisfaction indicator fell to record low 45% by the end of… Continue

Pay It Forward! – Support and Encouragement in difficult times does pay off This will be a short posting but very powerful in its words and message.

A young professional reached out to me for assistance, not just in seeking opportunities with my organization but getting their foot in the professional door of future growth and achievement. I was able to provide some advice, life lessons and words of encouragement to one of the newest additions to the workforce.

Know Your Blogging Etiquette or Face the Hounds.. 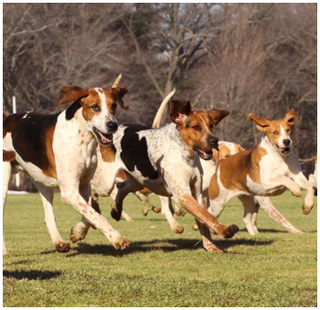 Ok, So we all have to start somewhere and I have recently launched myself into the blogging sphere and not without a few bruises along the way!! It seems that there is a protocol when it comes to the blogging world, but a protocol that you are not warned or advised about, it's similar to going on a roller-coaster for the first time and hitting a peak at the top with a vertical drop, nobody told you it was going to be there you just had to… Continue

We all need a little simplicity in the job search, right? While some have really figured this out, many websites and resources have brought more complexity than simplicity. Let’s call it “simplexity”. I took this idea and broke down job seeker resources into three basic categories: Career Services, Corporate, and… Continue

For those of you that don’t know, I love going to see a good movie at the theater. A few nights ago, I went to see Christopher Nolan’s Inception. Without giving any of the movie away, there was important dialogue continually brought up throughout the film that revolved around the power of an idea. While it starts out as something very small and unique to its creator, it’s… Continue

Bad news – There Are No Phone Psychics!

After hearing a few words from a candidate, the recruiter seems to have an uncanny ability to sense and uncover important details or hidden objectives others will not notice until much later in the recruiting process. Often their opinion and projections about individuals turn out to be dead on.…

All in a Day’s Work

Finding a job is a full time job we constantly remind our Bayt.com community of ambitious, upwardly mobile professionals. It requires discipline, rigor, planning and a lot of organization, dedication and energy. It ideally requires waking up at an early daylight hour, donning suitable workplace attire and allocating a reasonable amount of time to pounding the pavements both online in cyberspace from your desktop and also in the physical world attending informational interviews, professional… Continue

GM innovative? When it comes to student hiring, yes.

GM hasn't exactly done much to further its reputation for innovation in the past few years, but there's one area where the company has shown a surprising willingness to try innovative new approaches: student recruiting. Recognizing that the traditional approach of sending recruiters on campus visits and then hiring those who could best recite their pre-rehearsed stories during interviews was not necessarily the most effective way to find the talent they needed, GM has taken a new approach of… Job seekers hear about the hidden job market and often wonder how much is myth vs. reality. Here is a guide on what is real, and what you can do to tap into these opportunities.…

Bring back the Old or Bring in the New ?

Now I am all for new technology when it comes to benefiting my business processes. I have developed my skills in recruitment and sales through quite a few technological changes and started in recruitment with a Rolodex and some applicant cards (we now call them candidates!). We have been introduced to that wonderful piece of technology called the database or if you are really into your terminology I think the today's trendy description would be a CRM or Customer Relationship… Continue

Those of us that have been fortunate enough to be involved in world of sales have at some stage in our career been taught the open questioning technique. It seems that regardless of technical innovations, wars, medicine, politics and anything else, the open… Continue

In my previous blog post, I tackled the question, "What is Search Engine Optimization?" In this post, I'd like to briefly address the two types of SEO--what's called "on-page" and "off-page."

The Power and Appeal of Real-Time Recruitment Marketing Metrics

I recently read the article, They Don’t Want a Relationship, They Just Want an…

Know How Good Your Candidate's Credit Is? You Should

It’s bad enough that many companies are taking the stance that they will no longer consider unemployed job seekers for their open positions. Now it appears as though a growing number of them are using credit checks more frequently…

Can you really get something for nothing....

We have recently decided to start charging a small monthly fee of $5 at Job Board Reviews for
advertising job sites in our directory. The reasoning behind this is to help cut some of our overheard and be able to keep the site up and running with quality content. We also wanted to incorporate a small fee to help determine who is serious about their job sites.

Leaving on a High 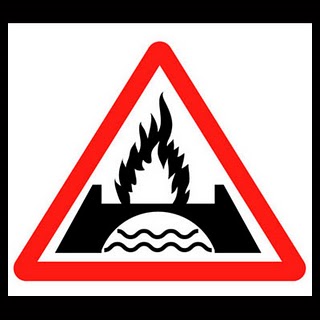 For many of us one of the most stressful and traumatic things that can happen in our life is being made redundant. Particularly when you have been working for a company for a long time and quite frankly been a hardworking loyal employee. Shock, depression, anger and resentment set in. All understandable feelings and reactions….however I am going to…