Why Do Most Resolutions Fail and What To Do About It

Scott explains how the Triple FT – fatally flawed follow through – can cause resolutions to fail. The best way is progress, not perfection.

Locking in Your Passion

Thousands of locks line the rails of the Pont des Arts near the Louvre in Paris. For those who haven’t heard of it, here’s the story. A couple writes their names on a padlock and locks it onto the bridge. They then throw the key into the Seine River as a symbol of their undying love.

As I spend New Year’s Eve here with my wife, Holly, this popular site in the city of… 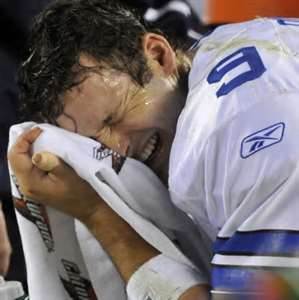 Tonight I watched the Dallas Cowboys and the Washington Redskins play each other for a chance to play in the playoffs against the Seattle Seahawks.  Entering this game, you had the 2011 Heisman trophy winner with a sprained knee, and a rookie sixth-round draft pick Alfred Morris taking on Tony Romo, the all -time passing leader for the Dallas Cowboys.  Result? A…

Big is not necessarily better

I admit it I have an addiction. Back in 2001 I was introduced to the writings of Kathleen O'Neal Gear and her husband W. Michael Gear who have written a series of 23 historical fiction books centered around the lives of the North American Native Americans(http://www.gear-gear.com)They are fast reads but full of twists and turns. Their latest one is called People of the Back Sun in which the Standing Stone village is manned by about 400 warriors and they… 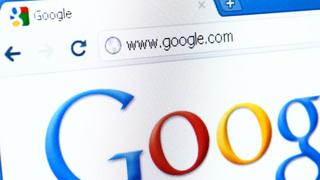 I recently “googled” my name and found an assortment of results come up that I didn’t even realize were out there and visible to the public. Social media sites, registries I created, and websites that I’ve registered on and long forgotten about. When it comes to job searching, employers are now able to see more about our personal lives than ever before through the internet.…

This is a hot topic in our industry, and is becoming more and more of a hot button to recruiters when looking for a new job. I know there are many differing opinions on the matter, which mostly hinge on your tenure, and how you produce in the office. How could your boss or your company trust you to work at home when it tough for you to stay focused in the office? The answer to this question would be depending on…

Top 10 challenges for MBA recruiters in 2013

Every recruiter deals with the challenges of the current economic state -- not enough time, money, or resources -- but beyond those basic pains MBA recruiters must also deal with these more complicated issues.

Despite predicted improvements to the MBA recruitment landscape in 2013, many employers will…

We have all had one, in most cases several. For me the ultimate overly cocky candidate was the one who basically told me, I would hire him, I would pay him this much, he would start when he wanted, he would get stock, and so on. He basically made it clear he was too good for the company but…

As the “battle for talent” heats up in 2013, the buzz will be about the hot trends in Social Recruiting: Employer Branding, Mobile Engagement, Social Sharing, Talent Communities, and Recruitment Videos.…

What is an Employer of Record?

When applied to a contract staffing situation, the Employer of…

What Are New Year Resolutions Good For?

Scott shares why New Year resolutions are flawed, they fail, and they’re frivolous.

YouTube is a highly underutilized social network when it comes to recruiting. And if you haven’t looked at YouTube as a tool for recruiting and employer brand building this infographic will…

One of the first things that a job seeker will do in their quest to find their dream job is to simply run a Google search of their desired job title, plus a location. If you were to perform a search like this, there will be too many results to go through (Googling marketing jobs in New Jersey yields about 40,100,000 results).…

Goal Setting – The Most Effective Ways

Scott encourages you to use your ‘grindicator’ – your visceral reaction to the rightness of a goal for you.

Your Attitude Is Your Own Darn Fault

Take a moment and see things through the eyes of a child, especially during this holiday season. Anticipation and excitement fill her entire being as she thinks about all of the possibilities that Christmas day will hold. Even when family members become impatient with her or one another, she still sees the glass half full, believing that wishes do come true.

Where does this attitude go when you become an adult? It gets buried under responsibilities, distractions, and the…

‘Twas the night before Christmas

And all that was heard

And spreading the word.

On clients, on HR, on employers and more

We can bring IT resumes flying through your door.

With a wink of an eye, and a click of a key

Faster than a holiday shopping spree.

But today and tonight on this festive eve

My HR sends all our wishes and in Santa we…

Here we are on the weekend before Christmas and the Iowa Supreme Court handed us an early "gift" Before I explain what the gift was, let me take you back in time to when Bobby Darin was still performing and he sag the following words:

"WelI … I don’t know what you got But it’s got me and baby I’m hooked Like a fish in the sea. You make angles call from above. You could make the Devil fall in love. An-a … who-o-o wouldn’t fall for irresistible you."

Over the past several decades…

Setting Quotas – The Good, The Bad, and The Ugly

Scott discusses his four step system to get you where you want to be.

Here is our weekly feature in which we share the top articles we enjoyed from the past week about recruitment marketing, social recruiting and anything else in the recruiting space. In this article, we’ll be talking about the best HR blogs of 2013, having respect for job candidates, 5 HR Technology trends, the downside of doing the same thing and getting into the mind of the sourcer.

A Lean Start Up Holiday for Recruiting Entrepreneur? OK, I have been buried up to (and over) my head for the last couple of months getting our new product ready for development. I finally looked up from my desk and realized it was almost Christmas and I am way behind. Since we have been following the basic principles of the Lean Start Up I have visions of MVP’s dancing through my head, so what choice do I have but to try…