Job Seekers typically see things from the perspective of their career, and that is understandable, but recruiting is not about careers. It’s about building great companies or making companies better. Great careers and great career moves are a by-product.

In a lot of cases we feed the misconception. “Find your ideal job at XYZ Company”. Everyone’s skills are needed somewhere. The key for a candidate is to find the place where their skills and abilities are needed to make an…

Candidates are getting competing offers regularly these days.  That happens when you have a tight candidate market.  There aren’t enough good candidates out there to fill all of the needs for good hires.

While money isn’t the only factor that a candidate with competing offers will consider, it’s a big one.  The opportunity to do great work, challenge, culture, work environment, the mission of the business or division and how you are going about it…..all of these things matter.  Great…

All kinds of goofy things happen in interviews.  Crazy questions.  Bluster.  Fluffed up claims of accomplishments and skills……etc.

Originally posted in June of 2014.

I saw a post the other day about how Bill Gates, Steve Jobs, and Warren Buffet among others have been quoted saying the most important thing to their success is hiring great people.

Sometimes recruiters get so wrapped up in recruiting that they lose sight of how important our work is. Nothing is more important to the success of a company.

Ghosting has become quite a thing throughout the recruiting world.  Going completely silent (non-responsive) when one decides to go in another direction, loses focus, or doesn’t know what to say at the moment is not confined to the dating world anymore.

There have been hiring managers that have done this for quite some time and now candidates are regularly ghosting as well.  Regardless of the situation, it’s a bad look.…

Originally posted in August of 2017.

In baseball, wins above replacement is a statistic measuring how many wins a player would get you instead of having an average AAA minor league player in that slot.

What is the value of a new hire over average to the bottom line of the business?  Or the loss of a good current employee versus the average in their spot?

Originally posted in September of 2017.

Want to build a great team?  Many consultants will suggest that you should model successful companies.

That’s a great strategy.  Find a company, division, or operation that you truly admire.  But build it with better parts.  Recruit talent in every spot that you can that is better than the model and you’ll build a truly great operation.

It’s a candidate market right now in many industries. More and more candidates have multiple offers and strong counter offers to stay where they are.

This adds another significant challenge on already difficult searches. Overall growth does this. When there is more business for everyone in an industry, everyone has to ramp up to some degree to take advantage of it. This squeezes the candidate pool and has created a very challenging recruiting market for…

But if your recruiting process for filling those needs is starting from scratch, the…

Somebody that you have access to in the industry that you are recruiting for knows someone who is open to considering your opportunity.  Ask.  Network. Enlist the help of your contacts and you’ll expand reach and fill important needs.…

It’s not a secret and it isn’t hard to figure out, but many recruiters have no clue.

They don’t want to sit around listening to your sales pitch.

They can’t stand the idea of weeding through resumes of mediocre candidates.

They have no interest in interviewing candidates that can’t be the one they will hire (whether that is because of a lack of qualifications, desire for too much money, or skeletons in the closet that will…

Incredibly, we’ve seen a couple of situations lately where a new hire walked off of the job after or even during the first day.

One of the hiring managers asked, “who does that?”  The answer, of course, is someone that you don’t want to employ.  Walking off the job without having a conversation with your supervisor says a lot.

Character matters and it’s impossible to hide from.

Building a great team is not easy.  There are no shortcuts.  Recruiting plans tend to be more fly by the seat of your pants in nature.  I need this, get it for me now.

A great recruiting plan focuses on continuously finding the best talent you can for all of the roles you need to fill.  If you can’t be patient on a given role, you may have to settle.  But overall, the effort needs to be sustained and resilient.  Top talent doesn’t always move easily and doesn’t always move now. …

One adage in baseball is that you never have enough arms.  What it means is that pitching is important and good pitching is always at risk.  One of your pitchers might get injured, or might flake out.  A minor hitch may cause one of them to lose the strike zone.  A situation can come up where you just need a slightly different skill set, and then you realize that you need that skill set regularly.

Same thing in recruiting.  If you’ve built a great team and they are performing…

Someone who is good and doesn’t…

You know the guy who is always joking around, even while working? What about the one that is always serious, focused, no time for additional conversation? He’s too this. She’s too that. They don’t fit the company culture. Unless they do.

Your company culture is your culture and successful teams don’t all have the same culture. Talented people in the wrong culture won’t thrive. Not like they will in the right culture. If you’re building a great business, the candidate pool is limited…

Millennials are now the largest generation in the work force and they are largely underpaid. That says a lot.

Hiring younger, less experienced, workers to replace more experienced, more expensive, workers is nothing new. It’s a business decision that in a lot of cases makes the most sense. The numbers will tell if accomplishing nearly as much with a much lower salary will improve the bottom line. And, of course, the less expensive employee may improve to the point where they are…

You check references to see what you can find out about a candidate that you are seriously considering. How hard do they 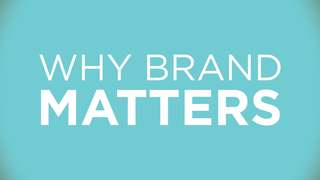 work? Are they reliable? Skills, Character, History. What does their overall brand say about them?

The story is the same from the…