Currently on Indeed.com there are over 13,000 recruiter jobs but less than10% of them are listed as remote.

Recruiting and sourcing are roles that can be done from…

Is Messaging is the new Text Recruiting?

I've been asking recruiters about how they use texting in recruiting. In this post we hear from Josh R. who has a theory that messenger apps may surpass texting.

I started texting candidates in 2016. I was a little hesitant at first. Is this an invasion of…

Why Job Boards Are the Ultimate Passive Income Stream

When I sold my job board company back in 2012 I was only spending 15 hours of my time each week running the business. It was an amazing passive income stream. Clients were loyal and kept coming back regularly to post their jobs. After 13 years online the sites essentially ran themselves.

Today I meet a lot of others who are experiencing that same feeling as they operate their job boards online. A job board that works is essentially an automatic revenue…

A new video job market startup based in New York has emerged. Its called goldi.com and it requires that job seekers apply with a video only. I caught up with their founder, Melanie Andersen and asked her a few questions about the site.

1) How do you describe goldi to others?

goldi is the first video job board connecting job seekers and companies through short videos. From our web or ios app, companies create…

Why It's Time to Change the Way You REJECT Candidates

I spoke to the head of Talent at Johnson & Johnson recently who told me one of the easiest things employers can do to improve their candidate experience is to rewrite your communication templates within your ATS. Especially your REJECTION templates, to sound less dreadful so that candidates don't head to Glassdoor and rant about you not hiring them.…

Get on Google Jobs by Starting Your Own Job Board

In my consulting business over the past year I have been contacted by a growing number of staffing firms and independent recruiters who are looking to launch their own job board. The launch of Google for Jobs and Facebook getting into our space has surely been the catalyst behind these calls. But there are other reasons too.…

5 Use Cases for Text Recruiting via Emissary

With extremely high open rates the recruiting world needs more texting options. Fortunately through tools like Emissary.ai we are starting to see an emergence of startups making texting a bigger part of the candidate experience.

I asked them by email what use cases they see for the recruiting world. Here's what they told me.

Every employer and staffing agency has different needs when it…

New Job Boards in the News

After Google Jobs and Facebook got into the jobs game last year it seemed to open the floodgates again around the job board space. As a job board consultant my phone is ringing off the hook lately. Each week I see new launches in the news and here's a few of those.

ExactMD - is a job board specifically for physicians. Actually its more of a matching site than job board. Doctors can browse…

Tiffany Kuehl is Director of HR search for Versique, one of the largest talent acquisition firms in the midwest, specializing in both consulting and permanent placement. She spent 20 years in corporate HR before switching to the agency side about a year ago. According to her twitter account she is also a Twins fanatic, a blogger and watches the Xfiles.

This Startup Helps You Test Software Candidates for Almost Any Language

Nathan Doctor and Jake Hoffner are the co-founders of Qualified.io a software developer assessment tool. I spoke with them by phone recently on the latest episode of the RecTech Podcast series. You can also subscribe to the show on iTunes, Google Play, …

Join Martin Burns, Chris Russell and George Larocque as they recap the year in recruiting/HR technology. They also look at whats ahead and each tell which problem they would solve if they were building an HR tool of their own.…

Popular European Job Board is For Sale

If you want entry into the European recruitment market an established job board that has been online since 2010 is up for sale. The owner has asked me to help him spread the word. Please contact me for an introduction to the seller (chris at jobboardsecrets.com)

Here are the basics to give you some insight:

Graham Pionkowski, who's spent the last decade in the world of corporate recruiting, and helped a number of organizations up level their talent acquisition strategy, operations, and technologies was a guest a the recent episode of RecTech. Most recently, he has served as the head of global talent acquisition at Bizarre Voice, a high tech company based in Austin, Texas. Over the last few years, he's been leading all things recruiting,…

Hear What the Ecommerce Recruiter Has to Say

If you don't know Harry Joiner, you should. He's been using EcommerceJobs.com for years to recruit the best and brightest in online retail. He uses a great domain name to bring in referrals and he barely uses LinkedIn.

I think you'll find my 30 minute conversation with him interesting to say the least.…

How He Recruits - a Podcast with Ben White

Ben White has seven years’ experience in talent acquisition. He has worked as a headhunter and a corporate recruiter for two fortune 500 companies. Today he is part of the recruitment process insourcing team at Titus Talent, a talent strategies firm with several offices throughout the midwest, New York and the UK.

I spoke to him by phone to talk about how he recruits. Listen in and subscribe…

I spent last Thursday hanging out with a few dozens recruiting peeps at the HRTX event. Small events like these are great because you can make personal connections and get a deep dive into topics that relate to the everyday recruiter. Some pics are below but here are some things I jotted down I thought were interesting.

5 Interesting Things in Recruiting This Week

As Friday approaches and the weekend nears I wanted to point out some things that caught my eye this week.

1. Pomato, an AI for recruiting startup has some thoughts on the 'artificial intelligent' recruiter and what the future holds. … 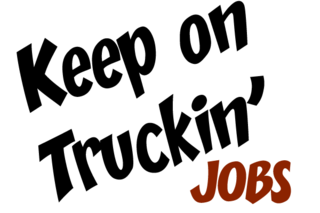 Is anybody from RB a trucking recruiter? I wonder what your day is like because I hear that it is one hot job market. Trucking and freight companies cant hire them fast enough.

There are several trucking jobs boards to which you can post your jobs to. So I wanted to list them here and give you a basic idea of the costs…

I’ve been hired to help broker the sale of TreasuryJobs.com, the only niche job board that serves that sector of the financial job market in the United States. The site launched in 2014 and has significant double digit sales with a strong history of growth since its inception. The site is hosted on theForceFinder job board software platform.…

How much does it cost to post a tech job these days? Well the answer varies from free to $495. I went on a tour of the tech job boards that I found online and here is a quick list. These are just single job post prices as of today's date.