By: Inc. Staff January, 2006
All business subcultures have their own way of talking, and recruiters are no different. Here's some slang from the frontlines of the talent wars.

Lift-out n. When an entire team of employees is recruited from a competitor at once: "Good news: We engineered a complete lift-out of ACME Corp.'s programmers."

I'm looking for someone in Toronto to host a full day seminar of the telephone names sourcing course "The Magic in the Method" this summer. What we'll need: a room that will seat 50 w/ a projector/sound system

I'll give away 3 free seats for the provision and oh, by the way, if anyone wants to sponsor lunch for us, I'll give them 2 seats too.

This arrangement has… Continue 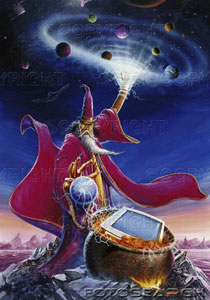 How To Find Construction People

There was a post over on the Yahoo group Sourcers Unleashed that asked:
"Can anyone share some proven methods of getting the names of individuals in construction companies? They are usually not typically found in googling etc, and they are usually not found at the office locations of the… Continue

Why My Signature Is So Long

Many people ask me about business development techniques for sourcing. I tell them most BD techniques are pretty much the same - effective IF YOU USE THEM! This is one of the best ones you can employ - starting and cultivating discussions around subjects you know. This is one way to become recognized in our business and it's a good way to grow your business.

TODAY at noon est
Animal Says:
The Recruiting Animal Show is the most efficient effective, results-oriented recruiting call-in radio show in the world today. It's supposed to be informative and fun and... Oh yeah? You tell me where it's boring. I want to know! Listen to the latest show here.
Call To… Continue

Take a survey to help AmyBeth compile results related to research/sourcing for her presentation on how to use research effectively (we’re ALL interested in that, right?) in June at the Fordyce Forum in Las Vegas.

Results of this survey will be revealed at The Fordyce Forum in Las Vegas, June 4-6.
Go… Continue

A name doesn't make the music. It's just called that to differentiate it from other types of music. ~Art Blakey
******
See all the domain names for sale here.

Does anyone have hardware/legally transferable software they'd like to contribute to other sourcers just starting out? If you do, volunteer it here! Recipients are responsible for cost of shipping. If anyone needs anything - post it over there (at link above). You never know - someone just might help!
Be not forgetful to entertain strangers: for thereby some have entertained angels unawares. ~… Continue

I get asked quite often, “How many names do I need to order to make this telephone names sourcing thing work?” The answer is deceptively simple: “Usually 30-50 names will effect ONE IMMEDIATE HIRE. Usually,” I warn.

It’s a big “usually”. It depends on the veracity of the names sourced, of course; but it also depends on the skill level of the recruiter. I can only bring you the names – what you do with them is entirely up to you. In most fields, though, 30-50 names of the truly… Continue

Google Cutting 300 Jobs at DoubleClick
In the first sizable layoffs in its history, Google is cutting about 300 jobs from the American operations of DoubleClick, the advertising technology company that it acquired recently, according to a person with direct knowledge of Google’s plans.

The cuts represent about a quarter of DoubleClick’s… Continue