How’s the market? I can’t even begin to guess how many times that I have been asked this question. Having worked in and around recruiting for over a dozen years, people assume that I see trends in the labor market that can indicate the overall health of the economy. To a great extent this is true. The companies that I have helped start and run for the past 10 years are proven leading indicators of market conditions, especially for the technology markets: people stop hiring when things get… Continue

Recruitment sessions for the upcoming 2009 college scholarship
recipients for the San Onofre Career Preparation Program are scheduled
in April. If you would please forward this information to your contacts
that would be a great help in reaching potential candidates for the
program. We also have the May 5th recruitment date tentatively planned
at the Escondido Workforce Career Center in Escondido.

I Hate Your Guts but I'll Represent You, You Stupid Dick.

I am finding that one of my biggest challenges of late is finding and having to represent the most abhorent, rude, arrogant, pompus, skilled, intelligent, well-educated, experienced jerks with inflated senses of self-worth. Originally when I came across these people I parked them in my database and said, "the hell with you, you stupid dick! I hope you never get another job again." However, I realized that my approach is immature. In real life I can decide to cut jerks out of my life (and do,… Continue

Above the Fold
Recruiting software that users want to use and gets...high productivity? No Web 1.0 blues. Is this crazy-talk?

Tutorial Tuesday
You mean you can search for stuff on something other than Google. Mo' crazy talk?

OpenNetworker.com OK I tried it and guess what...

About 2 weeks ago I got an email from the guys over at TopLinked.com
I've been a member of TL for a while so it was nothing new, they send out a weekly email with a link to the db with all the new "inductees" so you can send invites to them via linkedin.

Anyho, in the weekly update they mentioned that they started a new "toplinked.com" type database but now you can also grow your network on any (or all!) of the world's top 20 social networking sites including LinkedIn, Facebook,… Continue

The end of employment contracts

Who would have figured that the employment contracts that have been written about ad naseum in the recruiting blog spaces would now be under attack? It's time to raid, raid, raid!!!!

Direct-Dial Directories: How to Research Staff via Phone Numbers

Tricks of the Trade
ERE Article: Direct-Dial Directories: How to Research Staff via Phone Numbers

THAT will be our class subject today (T, Mar 31) - how to "listen" for (and interpret) the nuances in research like that. Read the article (it's short!) and then come to class at noon EST to discuss the variegated ways building out a company's… Continue

Well, it really isn't day 1 but it just sounded like a good title. Journeys should always start with a Day 1. The last post was a preface.

A portion of my time... I mean focus... today was mostly on LinkedIn. Of all the social media tools suggested for recruitment purposes I see the most value in LinkedIn without any hesitations.

When your governor really doesn't want a robust state economy

Some knucklehead from another state with one of country's worst economic situations posted a Linkedin status that they supported Gov. Patterson's plan to raise New York state income tax rates on AGI income above $300,000 for joint filers and $200,000 for single filers. If only this person understood business instead of despising people who are successful!

The new plan by an inferior governor is sure to… Continue

I was recently asked by international employer branding news journal, Universum Quarterly, to be the guest writer for this quarter's edition. Subscribers in HR organizations worldwide will receive the publication this week.

Universum Quarterly began in 2006 and is the world’s first periodical for Employer Branding. Each issue brings feature…

The Money Dance, Part 2: “The Discussion”

OK, you did all your homework and preparation so you understand your value in the marketplace, now you need to make the best of it when speaking to employers.

First rule of thumb: Don't ever be the first one in the conversation to speak about compensation. More than likely, your first contact with the employer will get around to asking. If you bring it up early in the game, it is a big… Continue

Why user interface matters and why you should care

Having spent the last nine months building our Recruiting CRM application to interface with many different systems I've been given the unique opportunity to look inside many different HR and recruiting software applications commercially available on the market. I've also had the chance to respond to many RFP's, RFI's, and product bake-offs with competitors. I'm continually blown away at how poorly designed many of these applications are from a users perspective (but not entirely surprised given… Continue

Above the Fold
When it comes to managing the message one wonders if the tail isn't wagging the dog, or something like that.

Read Rich Becker on the front page...Be careful what you believe about Social Media

Mendoza's Monday Member Showcase
And on the subject of dogs, where are have all the smart recruiters gone?

Hi,
Thursday’s MagicMethod Phone Sourcing Class Chat was a great success! We had about twenty people show up on pretty short notice including Shally Steckerl and Glenn Gutmacher to give us some great advice regarding LinkedIn’s most recent (and some hints at coming!) changes. You can read through the Class Log here.

There's some great new content posted on the MagicMethod site that you might find interesting. Among… Continue

A night of mayhem, madness, excitement, order and anarchy, and let's not forget, pride and fun and smiles. 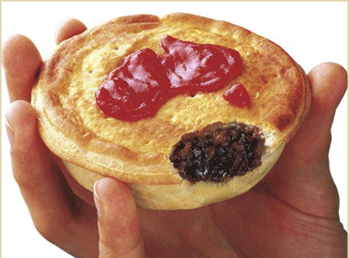 That was my night tonight. I attended my son's first football club meeting, in the form of a jumper presentation and pie night (A great Aussie tradition). It was Zach's first involvement in a footy club, and his excitement all… Continue

One of my MAJOR pet peeves is abuse of email. Way too often, email is used as a passive aggressive way of spouting off. The sender wants to tell you something, but they really don’t want to hear what you think, because if they did they would have called you and SPOKEN to you. Don’t get me wrong, I think email is a great communication tool - when used properly.

So, today I am going to share my “3 email rule” with you in the hope that I can do my small part to… Continue