Nothing wrong with the basics

You just need to do it. Nike has a point!

Switch off your tweetdeck, log out of facebook, put those Recruiting blinkers on and just go for it. In football parlance... get your head down, put your bum up and just do.

Read the cv's, get on the phone, organise interviews, meet people, get activity happening. Do the reference checks, get the appropriate sign off, give the offer, close the deal! Shhhhh don't tell anyone, but that's your job Mr Recruiter.

The Physics of Recruiting- Be a Magnet for Talent 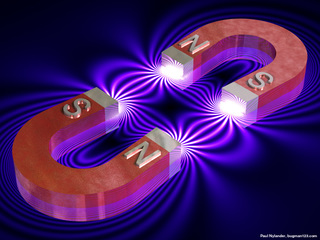 Talent management will be the key as the market recovers

For all my blog posts please see "The Savage Truth"

As the market recovers, one of the first impacts on our industry will be a revival of the temp and contract market. Temp-to-perm will be huge. Employers will see increased work volumes as the economy recovers,but will “dip their toes” into the labour market at first, hiring flexible solutions initially. But then, as momentum is gained and confidence returns, they will start to…

In Every Dream Job...A Heartache?

“Such a shame, it’s my absolute dream job but I just don’t feel that I can stay”

How often do recruiters hear that?

A candidate said that to me last week. In this case, her problem was her boss...try as she might she found it impossible to have a harmonious working relationship and efforts to work through this had failed. She wants the bits of the jobs that she enjoys – challenge, responsibility, flexibility – but in another environment.

She’s not the first,… Continue

So I’m sitting in my office and the IT Director hurries in, shoves a small black box, some cables and a piece of paper into my hand. “I’m off out” he said, “give this a whirl, I think you’ll like it”. And with that, off he trots.

I look at the box – a modem (remember those?!) and know enough to deduce that I needed to plug it into the office phone socket. After an hour or so of… Continue

Disclaimer: These opinions are my own

There’s nothing like the NFL Draft, when the eyes of the nation tune in to watch an event which, at its core, consists of 255 verbal offer extensions. Kris Dunn recently wrote the NFL Draft represents a “test tube for the Talent Management game as a whole.” It’s the perfect search, really, one that’s almost unfair to employers watching the prime time… Continue


“Experience is a hard teacher because she gives the test first, the lesson afterwards. - Vernon Saunders Law

In order to be in HR (or any field or career mind you) you need to approach everything like a 1 yr old.
Continue

Is the term “overqualified” code for too old, or too expensive? Should an employer be wary of hiring overqualified people? The answer to both is sometimes.

Just because your company is still deciding on whether or not to implement Social Recruiting into your overall recruiting strategy doesn’t mean you should delay setting a Social Recruiting policy. This can be a simple one-page of guidelines for appropriate use by employees based on the expected usage of these tools now or in the future. Being proactive about developing a usage policy will help avoid many of the issues that can result from a hands-off approach.

To Fish or Cut Bait? Check the Ratios

When I started out in sales, I was a lonely copy jock – that is what we called them in the old days. I worked for Lanier Worldwide as an “Account Executive.” Life consisted of 20 cold calls, 20 phone
connects and 2 pre-set appointments per day, EVERY day to make it in that
business. And of course, being as
by-the-numbers as I am, I tracked all of my activity. Some of my diligence was due to keep myself
motivated and some was just to keep my job if…

The harsh reality of redundancy (but how it can also actually make you a better, stronger person)

I still remember the feeling to this day. The gut wrenching feeling that comes with redundancy is unlike anything I had ever felt before.

It was the winter of 1991. I was doing pretty well at my job. Or so I thought. I was an Account Manager for one of the UK’s leading recruitment marketing agencies and looked after…

The Proof is in the Portfolio

Knock knock. It’s a lovely Saturday afternoon and you wonder – who could possibly be interrupting your bliss (including a large turkey sandwich and reruns of your favorite 80’s sitcom – insert for me – Perfect Strangers). You open the door with your speech prepared for the following:
• Candy/Girl Scout cookie sales – you may budge if they have Carmel deLites.
• Religious group passing out literature – always a fun bunch.
•… Continue

TalkBack Mobile Recruiting – Are you Talking?

What is TalkBack Mobile Recruiting #tbMobRec?

I want to hear what job boards, recruitment agencies and anyone in recruitment is thinking about or dreaming about when it comes to Mobile.

Internet has revolutionised the recruitment industry but the Internet is changing shape fast. In under 4 years more people will use the web on a mobile device than on a… Continue

If Google Says I'm the Best Recruiter in the World... It Must Be True

You may have heard this phrase before:

I believe that statement is very true, but since we live in an increasingly online world, maybe it should be modified to:

"It's not who you know, or what they say about you... it's what Google says about…

Get ready for your recruitment woes! – It is closer than you think.

I have talked a lot about how regardless of our economy we are in a labour shortage – period. With business climbing back and companies looking to hire again (yay) they think – no problem, we’ll just throw an add up online and get lots of great people to choose from. So how is that working for you?

In my estimation there are really 4 waves of hiring and available staff coming out of a bad economy and in to a strengthening one.

While sitting in front of your current/future Boss and they ask that infamous question; what salary/rate are you currently considering - do they even mean it?

Don't Just Pat a Veteran On The Back: Do One Better-Give them A Job!

Has Social Recruiting reached the Tipping Point yet?

For those of you that don't know what I am referring to, when I talk about 'Tipping Point':
The Tipping point is when the event of a previously rare occurrence become rapidly and dramatically more common
(If you want to understand this in a commercial context, then Malcolm Gladwell's bestseller… Continue

Quote from Jeff Weiner, CEO of LinkedIn.com “…we estimate there is nearly half a billion professionals in the world, and we are at north of 60 million today”

Like many search consultants and recruiters I use social media websites to find candidates and have no hesitation in recommending LinkedIn as it’s one of the best. A treasure trove of information, I log in everyday and have been building my…