The 31 flavors of recruiting - you're one of these

So, I posted this originally back in 2009 on my bloodspot blog "The Recruiter Chronicles"  Updated it again a bit essentially the same.  The reason I posted this was to help non recruiters appreciate and understand the different forms of recruiting and their individual strengths and weaknesses.  Also, for recruiters who have had a singular track, perhaps they could consider switching it up if they feel their strengths are better utilized in a different version of what they are already doing.…

How do I cut down my interviewing and screening times?

Gen Y - Get To Know Them

Gen Y is coming on the scene and you better get to know them if you are in recruiting. This group is now 18 – 32 years old and they are 60 million strong.

Not the 77 million of the baby boomers but still a very significant driver of the economy. The heavy concentration of third party recruiting activity is on those who are upwardly mobile in their careers. That’s going to be Gen Y for a while.

More importantly, a lot of the growth of the 80s and 90s was credited to the… Continue

This post originally appeared on the Talent Technology Blog: http://www.talenttech.com/blog/trust-then-verify

I've mentioned before that one of the most important parts of the hiring process also gets the least press, probably…

Recruiters, Be All That You Can Be

At the most recent recruitDC, I had the privilege to share with the recruiting community tips on how to incorporate veteran hiring into a recruiter’s mindset. The poignant beginning of this presentation was the opening by Colonel…

4 Conversations to Have with Contractors

A happy contractor helps make a happy client. But according to Staffing Industry Analysts' recent survey of contractors, there is one thing that is making them decidedly unhappy: lack of communication.

In particular, the contractors surveyed felt that they did not know what to expect on…

Should You Take a Different Approach When Recruiting Interns?

It is that time of year again when your company may want to hire interns. A large majority of companies hire interns in order to save money or find a potential candidate for future full-time positions, but recruiting these interns is just as difficult as finding full-time employees. Not all interns have what it takes to work in the “real world” just yet, and it is the job of…

Networking: Enough to go Around…

People always ask me, why I network and share my ideas?  Why would I help a competitor or another recruiter gain expertise and knowledge?  Simple, there is enough to go around, try to build good karma. 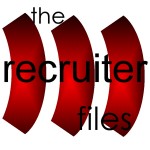 Jim Stroud interviews Mike Dwyer of Social RNA and discusses a case study where a client posted a video on their LinkedIn profile and scored some hires because of it. Tune in and check it out.

Cited in this video:

Perhaps never in our history has the competition for a job been so intense. Before you walk into your next interview, be aware that you’ll likely face some tough questions intended to throw you off your game. Why are more and more companies incorporating tough questions…

This is the final installment in a three part series on the candidate experience. It began with the ending: The Candidate Experience – Part…

Yes, Social Media Builds Brand But It Is Nothing Without Substance

It’s easy to think social media is a trivial diversion, ideal for 20-something’s with an addiction to technology and too much time on their hands. However, recruiters are embracing new technology in the social media arena to gain the best candidates for open positions. No matter the objection, companies need to ensure that they are still able to get good candidates identified through social media.

In today’s day and age, top recruiters need to be able to effectively recruit with…

Which Client Is Your Most Important?

The one you’re talking to of course. Everyone knows this, right? Here’s the thing – I had an epiphany today and it kinda hurt. I was talking with one of my agency partners and offered to send his boss an email to give him some props – he’d sent some great people and really helped me out in the past few weeks. As it turns out he’s up for a promotion so it was very timely. As I was drafting this email and congratulating myself on being such a nice client, I realized why I like this…

Staffing agencies: do they have a future?

I used to work for a staffing agency. A good one at that. One that tried hard to recruit good consultants, who, on the whole, tried hard to do a good job finding the right people for their clients. But I always had the feeling that I was nothing more than a middle man. I didn’t really add much value other than to do the donkey work the client could have done themselves if they had access to our database. My job was really a glorified cv sifter, searching through tons and tons of…

Looking for Predetermined responses can cost you candidate!

Looking for Predetermined responses can cost you candidate!

Throughout my career there is one thing I have noticed out of novice recruiters, interviewers, HR personnel, companies who are young or in experienced with hiring and recruiting and hiring managers. That is the "predetermined response". The predetermined response is the response the person asking…

Are your core desires met - and are you meeting those of your clients?

At a recent CSP (California Staffing Professionals) event, I had the pleasure of listening to Matt Payne, a long time disciple of Brian Tracy and now trainer in his own firm as he discussed the use of neuro-linguistics to program our thoughts into actions.   I remember learning about Maslov's Hierarchy of needs in college. Matt put it a little differently.  He posited that we basically have 6 core unconscious desires. (Not to be confused with obvious needs such as food, shelter and parental…

In his recent book The Coming Jobs War, Jim Clifton says, “The number one social value in the world is a good job.”

He’s right, and the term Good Job is relative.  In some parts of the world a job that pays enough to feed the family is a good job.  To someone living in America who has had a decent career, good is something on the same level as their previous positions, and to someone on their way up good is something better.  Something that progresses the…

References - is it worth it?

Back in the days, references were an essential part of the recruitment life-cycle.  Once someone got scheduled with a client, you would tell the candidate to begin gathering their references ready for contact.  That they would only be contacted should the candidate receive an offer and that you would allow that candidate time to make sure those references were aware they were about to be contacted by a recruiter for a brief conversation about their work experience with this particular…

Applicant Tracking Systems are software systems designed to track, organize, and communicate with applicants in a database that is searchable and easy to use.  For non recruiters, ATS is a recruiter tool much like CRM is to salespeople and Google is to the general public.  Not great examples but about as close as it gets.

I've used, seen, or evaluated over 30 different ATS over the years.  I've talked to many recruiters as well about these and others that I haven't even seen…