Imagining SourceCon 2010 Atlanta. Can You Dig It?

SourceCon 2010 represents you, the Recruiter. It represents the hard working Americans fighting in the trenches every day to create a safe, clean, and healthy planet while using the latest in Boolean search string technology. That’s why I am challenging the folks at ERE to embrace my vision of SourceCon 2010 in Atlanta (Not San Diego).

For months we’ve been talking with those unfortunate IT professionals that have been affected by the economic downturn through RIF, layoffs, outsourcing, etc. about being flexible in their search. Flexible in the type of work they’ll do, their commuting distance, the salary they’ll accept…and finally we told them to be flexible in where they live and that while selling a house may be daunting there career livelihood may depend on it. However, after hearing… Continue

The Many Choices of HR

Last week, a final year MBA student wanted me to coach him, as he was keen to move into HR, in itself a little unusual career choice. In talking to his university career manager, he was an excellent student with a passion for HR. Now HR is not always seen as the preferred choice for ambitious, talented and commercially orientated graduates, which is his profile.

At times, I am still amazed and also a little disappointed, when I read the criticism by HR people of HR and it’s value to… Continue

Tuesday Tutorial is a series of sponsored posts brought to you by the vendors and supporters of RecruitingBlogs.com

Are you committed like Cole Hamels? Employers hope not!

I know the MLB World Series is over and the Yankees have been crowned the champs but there was an interesting side story that I think really applies to your job search. Cole Hamels, superstar pitcher and MVP of last years World Series and National League Championship Series (yeah he’s kind of a big deal), really upset fans when he said he couldn’t wait for the season to be over. The problem - he said this after a poor outing and losing pitching effort against the Yankees in game 3 of the World… Continue


Driving in my car today, in what turned out to be a drive down nostalgia lane. I'd hit THAT radio station, you know the one which somehow talked to me... it kept playing song after song, which just reminded me of my younger carefree days. This song came on, merging my current reality with my willful past... Magic.

Here I was signing out loud, probably scaring my son for life, and then I started hearing the lyrics, and my mind started tying them in with tweets… Continue

You’re off to the big conference, your booth is ready and the iPhone is charged but do you know how to utilize Twitter to squeeze every possible opportunity out of this conference?

Any technology conference that is not held out of someone’s garage will have a hashtag associated with it. Hashtags make your tweets more easily searchable and let readers know what content your tweet will include. Confused? Search #hrtech on Twitter or twitterfall.com and… Continue

Introducing Candidates to Your Parents

One of the most fun and stressful parts of being a recruiter is when a candidate you feel very strongly would be a good fit for a position meets the client for the very first time. One of my candidates had a big interview last week and I thought to myself “When was the last time I had this same feeling”? Then all of a sudden it hit me… it was when I returned to my hometown and brought my first serious girlfriend from college to meet my parents.

Looking back in time I thought it was… Continue

Be honest. You had a pager once. Admit it. It was your alarm clock in the morning. You had proudly clipped it on your belt everyday. You asked all your clients, candidates and friends to page you. You were a sophisticated jet setting Recruiter. If only your pager were a human, you would’ve made love to it nightly.


Then one day somebody got a mobile phone. You had to have one too. It was huge and weighed 15 pounds but you didn’t care, you bought it anyways. Your first… Continue

We Didn’t Start The Fire: The Changing Employer – Employee Relationship

A story in Fortune sums up the current economic situation well – “EVERY MORNING'S newspaper carries another story of new job losses. We hear the recession has been over for… Continue

What Kind Of A Recruiter Are You?

Even though the staffing industry is a dominant contributor to our Gross National Product with nearly $100B in annual revenues, accounts for a massive piece of internet traffic, and directly touches practically everyone... Recruiters and staffing professionals still suffer from an identity crisis.

What is Past Is Prologue

With nearly 10% unemployment and almost 15 million people out of work, more and more individuals are seeking the services of recruiting firms, resume writing companies, networking websites, and personal coaches to help them identify and find new positions.

While I feel utilizing these ideas are certainly a good one, I contend that most unemployed people fail to utilize one particular source when seeking a new job.

That source is themselves.

We all have had… Continue

I’m often asked how important a cover letter is when submitting a resume for a position, or if one is even necessary at all. My answer is: “It depends.”
Who is receiving your resume? If it’s being sent to a recruiter, or you are applying to an online system, you can be virtually guaranteed that a cover letter would not be even looked at, much less read. The volume of resumes that go through a normal recruiting process makes it all but… Continue

Are You Ready For Some Football?

As a full fledged football widow, I hear those words screamed by Hank Williams Jr and my husband every Monday night during the season. Married to a dedicated Buffalo Bills fan, football is religion and our weekend activities are planned around what games are on TV. It’s a phenomenon that I do not really appreciate, and count down the weeks to our freedom. What I do appreciate is the amount of time and energy coaches and the players put forth in preparation for a game from week to… Continue

What is Professionalism and how to Judge it? 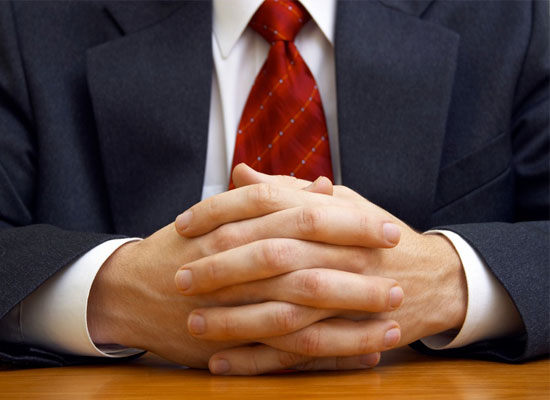 Professionalism, a term commonly used for managers and has difficult meanings in the dictionary (Don’t even want to go through them). I derived a completely new definition of professionalism based on my experience. Ok, I know, many of you may not agree but this is the best definition to me and helps to keep my selection criteria clear and focused to my organizational goals. Initially I thought of it as “The ACT that makes the body or mind used to an… Continue

In the most recent issue of Personnel Psychology (Fall, 2009), Prof. Dan Turbin and his co-authors, Cynthia Stevens and Felissa Lee, found some interesting relationships between job seeking success and the personalities of the job seekers. Specifically, the more conscientious you are the more likely you are to be successful in the early stages of the job search. However, it is your emotional state that has… Continue

Why clients give out orders in competition… and why it’s wrong for everybody!

To view all my blog posts please visit The Savage Truth


There is an elephant in the room when it comes to the basic business model of our industry. People don’t talk about it much, yet it’s a fundamental flaw in the relationship between client and recruiter, and it drives poor service and lack of satisfaction for all parties.

Don’t let your career meet the same fate as Vista

It seems like it was just yesterday when Microsoft released Vista. I was working for a technology company in central Illinois at the time and we had a Vista release party. There was quite a bit of excitement and anticipation about the new OS but many people had a wait and see approach. I remember speaking with quite a few people in the IT industry during the event and the majority of people felt that XP was a reliable OS but liked the new bells and whistles that were associated with Vista. It… Continue