Will the REAL Recruiters please stand up!

Buzz buzz. This'll be fun. In the middle of the day from hell I had today, my mind drifted to a more secure, happier place, and began to use itself again to think. Unfortunately those thoughts are always that great. I do amuse myself though...

Here I am neck deep in URGENT requisitions, you know the kind where the world will end or the company will go broke if I don't find a two toed camel herder with 6 years java development skills. I have my C level executives calling me, wondering… Continue

You Didn't Tell Me That

It has been a pleasure to interview you this past week, and I appreciate how much time you were able to spend with me. Your answers to my probing questions, as well as your stated logic for your career moves and claims of successful track record encouraged me to share your resume with my team.

In taking an extra step of due diligence, we learned that there appears to be a well-documented contradiction of reasons for you moving from one position to the… Continue

Incorporate the following steps as part of your talent management strategy and you're sure to have employee retention.

1. Set Expectations; have a clear, concise description of the job and the expectations of the person in that job.

2. Move your talented people around the organization, let them experience other jobs in the… Continue This post will be somewhat tangential in terms of the SNS line of thought, although I would like to respond/think about Ken Forrester’s blog post “Searching for the New Recruiting Model”. Ken describes a conversation with a contact about how everything is being turned upside down, and that we now have a need to reassess what constitutes a workable recruiting model.

A lot of information is… Continue

Searching For the New Recruiting Model

A few weeks ago I woke up in the middle of the night and it was obvious that something was weighing heavily on my mind. Actually, it was this free-to-fee recruiting business model that I read about on a LinkedIn group.

This new model appears very practical, it fulfilled a need, solves a career progression challenges and could possibly stimulate jobs growth and pull the economy out of this downward spiral.

I'm not a handy man. I try, but to be bluntly honest... I'm useless, light globes I can do, mow the lawn... OK, cut stuff up.. OK, but anything useful, work on the car, fixing broken things in general.. no way! Much to the distress of my wife and probably embarrassment of my Dad, who is the most MacGyver type guy I know.

However I was partaking in some blokey (for those in the US, read REAL MANLY) outdoor activity, had the women folk inside tending to the young 'uns. OK I was outside… Continue

I love twitter for a lot of reasons. I'm happy that I am alive in the same era that twitter arrived in because I love it that much. What I love the most about twitter though is how it works and how it enables a lot of possibilities and how it works with job distribution but the great thing is that twitter works I think with almost everything.

About a month ago… Continue

Devil’s Advocate for the Luddite - $ apropos

From: $ apropos
In the past couple of posts I have spent some time pondering how SNS can/will be incorporated into recruiting efforts. I looked at how Asurion Mobile Application’s AddressBook might integrate with an ATS, such as Jobvite. Both are focused on making use of and managing SNS based efforts, and therefore offer a way to capitalize on those technologies.

A snippet from a day in the life of a recruiter

Thank you for spending the time to conceive and prepare your resume. The multiple-colored fonts, 24-point type and boldly framed five pages documenting your experiences have, indeed, caught my eye. In addition, I appreciate your sleuthing skills in having found my contact information, and I remain impressed by your initiative to leave me five voicemail messages this week.

Unfortunately, the hiring manager with whom I am working has already selected a… Continue

The Client Side - The Success Model

The other night I had the pleasure of being on the HR Happy Hour show with Steve Boese. I'm a bit of a fish out of water when getting heavily into HR talk because I'm not an HR guy. I'm a recruiting business guy. However, it was fun and there were several topics that came up that I think are worth exploring in much greater detail. As an aside, one that did not come up was the story of the night Tracy Tran missed the game of the century in order to save the planet. A night I'll never forget and… Continue

Can the staffing industry really learn a lesson on customer service from Qantas, of all companies?

I see a lot of the inside of planes. Being responsible for a recruitment business in upwards of 25 cities, in 15 countries, takes care of that. And I have been a Qantas “Platinum Frequent Flyer” for 8 years straight as a result.

Lately I have been assessing why I usually fly Qantas, as I have been getting more and more aggrieved at the airlines pricing policy. Seriously, Qantas regularly have Business Class seats at TWICE the price of comparable airlines to places like Shanghai,… Continue

I'm sure you've heard the a saying, "The grass isn't always greener". Does this apply to you when it comes to your career? How many times have you left a company thinking it was the right thing to do?

Maybe you left for:

The problem is once you get to the new company you realize they have their own warts that you didn't see during the interview process. This blog… Continue

How to manage life as a consultant – stress

Let’s admit it, a consultant’s life is not exactly stress-free. Yes, there are no routine office pressures, no back biting to manage, no office politics to deal with and no boss to breath down your neck. That makes life much better for a consultant than for regular employees. But, there is always the uncertainty of work, low work periods, delays in payments and sometimes too much work coming your way. All these can cause grief, stress and in extreme… Continue

Over the course of the last few posts, I have fleshed out what I take to be the important aspects/core concepts of cloud recruiting. Two of the main points were:

Understanding that, in order to harness the power of free and apply… Continue

Many people have fallen victim to the ever fragmenting employment industry. High job board costs force companies to explore alternative avenues for advertising available positions and the scattering of jobs force job seekers to post their resume to multiple employment sites. Millions of jobs are left unfilled, millions of job seekers are left out of work, and thousands of job boards are cashing-in on the failures of both.

Overhead and value perception have created an unbalanced range… Continue

Staying fluid to the changing times is as necessary as the air you breathe to support your life. Change is constant. Inclement weather to clear skies, poverty to abundance, fear to certainty, unemployed to employed, in order to remain current you need to embrace change like an old familiar friend. Remaining flexible and being confident that change is imminent whichever way the wind is blowing will help you. Go ahead and bend really, you won’t break.

Your career will take shape when… Continue 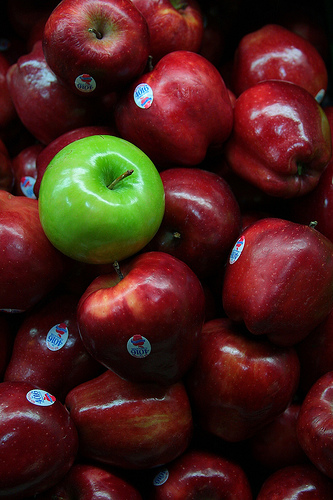 “You are no one if you are not on Twitter”, a song by Ben Walker is sure to become an anthem for those use social media to communicate every second. Though envisioned as an SMS based social network,Twitter has become a fast and an effective communication tool. Today, it has crawled over every form of business leaving its imprints on them. Recruitment is one industry which has jsut joined the bandwagon.…