Hey Recruiters: It's time to turn on the lights and chase the cockroaches out. The story below is real and happened just 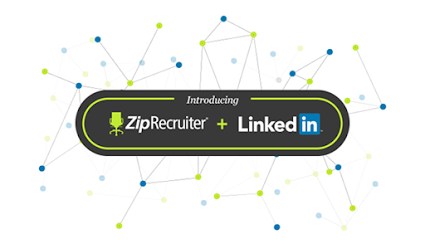 this past week. It’s a story of fraud and one that has real world implications on my business.

If you haven’t heard the radio commercials for Zip Recruiter, you must listen to some remote C & W station from Muleshoe, Texas.

My latest experience with Zip Recruiter

I was minding my business yesterday; I answered my phone. …

Should be banned from the site. Yes Nicholas of espammer fame, I am talking about you.

After Nicholas posted his diatribe about being twitter busted by the guy who invented Ruby on Rails, I suggested to him that he had put his foot in his email mouth. He came back saying he knew exactly who he was sending to was recruiting for a CTO and had many billionaires in his email list.

It Could Only Happen to a New Recruiter

Most of us remember the first few weeks or months of our start in recruiting marked by the horrific memory of the first mistake we made or the first weird happening.  Although somewhat lost in the mists of time there are two that i will never forget.

I was preparing for my first cold call presentation of a candidate.  Went over my candidate's resume and interview notes for at least an hour.  Even wrote myself a script with the fellows name i was going to call.  Will never forget his…

When Management Should Be Fired..Immediately!

Pay close attention AT&T. If you monitor mentions on social media print this one in Red.

I received several emails starting early this morning. The subject lines were some variation of "What Should I Do"?

The emails all related to the AT&T area manager telling all employees of the sales call center that they must report to work today. What's wrong with that? Just one little thing. Amarillo, Texas is in the middle of the worst blizzard we have had since 1903. It… Continue

A Eulogy for My Friend and Client

Twenty Five years ago i placed a young man with a state cattle feeding organization.  He quickly rose to head of their marketing department.  He moved on to manage a large cattle feeding operation in the South.  I was contacted by the representative of an international meat production corporation from Japan who needed a U. S. manager for their operations they wanted to open in the United States.  I tracked this outstanding young man down and presented him to my Japanese client.  It was a…

An Opportunity to Work!

I lease a barn and acreage a few miles outside of town where i keep six horses.  I hire high school and college kids to do all the dirty and heavy work that i can't or don't want to do.  Since the mid 90's i have had absolute hell (with two notable exceptions) finding kids who would, show up or even call if they couldn't get there, do more than the absolute minimum and that not well, couldn't walk from point A. to point B. without supervision or a map to get to point C or showed any…

There were two young recruiters who got tired of pounding the phones, making people mad, fighting for job orders, being dissed by internal recruiters and HR and being one upped by their office mates who had been in the business for years who seemed to be making all the placements and all the money.

They decided to revolunitize the industry, go into career consulting and placement, get paid by candidates then offer up those candidates to companies at a much reduced rate...like…

WHAT, Pray Tell Were You Thinking?

I was having one of those fun discussions with another recruiter last night.  You know the kind where one of you says, "you are not going to believe what my candidate or my client did today".  They tell you , you laugh and say, "My friend, the first story always suffers."  After about 30 minutes of that we reached a learned consensus that the world is doing "weird shit" right now.  Maybe we are too, but of course we didn't seem to think so, or at least i didn't think he was doing a lot of…

I prefer not to comment on blogs that are blatant marketing posts on any site, by people who are too damn cheap to buy an ad. Phil Rosenberg makes a career out of posting half a blog with a link to his site to try and drive traffic to his site. I wasn't born at night and it sure wasn't last night. Being called out for moderating comments it appears he has decided to let comments through on this site rather than try to get them posted on his own blog.

A few words to you Phil. If you… Continue

THE POWER OF A WORD - WORDS THAT SELL.

I love words.  I am one of those people who hears a new word, looks it up and uses it three times so it becomes part of my spoken and written vocabulary.  There is a name for that but i need to look up that word. :)

Words can and do sell.  One does not have to be a world class journalist to write a cover letter for a resume that inspires your client to want to know more or bring that candidate in or do a phone interview.  Every candidate has "a story".  When i present a…

Influence or Gaming The System?

I have gotten a large kick out of the onslaught of buzz, blogs etc hitting the boards about influence, influencers on social media for recruiting and measurement of same.

The human condition being what it is, the minute anybody starts trying to measure anything related to influence we can take out the word influence and drop in the words "importance" and "ego" and in my opinion the game is on. Sometimes on purpose and sometimes accidentally.

During this holiday season please remember that friends do not let friends get drunk and sing Christmas Karaoke.

For some smiles let's play you know you are a recruiter if...

You have just been hit between the eyes with a hard dose of the real world.  I notice that you are not handling it very well so let me try to give you something to think about besides  your folk hero and the game on Saturday.  As i have listened to your comments ,i am reminded of the time many moons ago when my world consisted of Wildcat football games, painting the "A" at the University of Arizona, boondockers with a keg or two and once in a while a…

It's Not You-It's a Negative Flawed Process. Deal with it Positively

Tom Dimmick, seasoned HR professional turned Third Party Firm owner of DK Search, and I were having a discussion about the recruiting process and what it really is to most job seekers. As well as everybody involved with the mess.
After 25 years in corporate HR Tom speaks from both the internal and external viewpoint.

Tom’s take on the recruiting process and why it will never be a totally positive process no matter how many cows we give away, what kind of system we use or how hard…

Monday of this week started off on an upbeat note. Two potential placements coming to a close after months of what I am beginning to regard as not recruiting but “search and rescue missions”. Rescue for my clients who need that very specific candidate who has the skills, will fit with their group and is in the range they can afford. Rescue for candidates both active and passive who for whatever reason are worried if employed or really worried if not employed.

The first portent that…

Ray Ray Thorne finally used bullshit in a post (her never, never uses ugly words). She took great issue with Jerry Albright saying that “Employment Brand” is simply bullshit.
She wrote a post debating the issue (see link in discussion forum). She opines that perhaps it’s a case of you say to- may- toes and i say to-mot-toes

I got into this little debate myself this week on twitter with Boorman. Jerry just says, “It’s bullshit”. Being a verbose sort it takes me a lot more words… Continue

I Hit my Lucky Number This Friday.

For years i had 7 recruiters on staff.  When one quit or i fired one i would hire one more, never over 7 and never under 7.  If somebody came along who wanted to join the team i had to tell them that they would have to wait until somebody moved, quit or died then i would give them a call.  I once called a guy and…

“I want to spend more time with my family”.

My question: “Are your kids in school, does your spouse work”

“Sure, kids have to go to school, we both work to be able to afford the house , the boat, take vacations, pay for after school activities for the kids like little… Continue

Rather than bury this in a serious discussion thread on Katie's Dear John post i thought it might be kind of fun to make it a response to her Dear John letter.  Please understand it's for fun...sort of.

Thank you so much for your letter.  It is at least nice to know that you are well and something bad had not happened to you. I respect your position and your budget constraints.  Actually the reason for my call was three fold.  I really wanted to discuss all…

I have been lurking (albeit with a few interjections of wisdom) in several tweet chats in the past few weeks. All dedicated to “how tos” How to find a job, how to write a resume, how to interview. From the vantage point of having listened to HR and hiring managers give me feedback after candidate interviews for over three decades my opinion of tweet chat how tos can be best described by the thought I had in the middle of one of them last week. Damn! This is like Playin the Dozens with a…