Recognizing the Contributions Temporary and Contract Workers Make to the Workforce 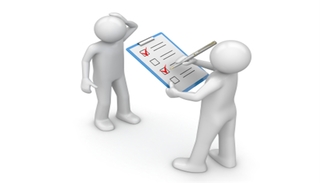 8 Tech Blogs that will Enhance Your Career

It’s no secret that the IT industry has a demand for skilled workers, but there is still competition for the best jobs on the market.

Continually honing and acquiring tech savvy can give your career a boost - whether you want to get back to building programs & apps, you’re striving for that big promotion, or you’re ready to take your career in a new direction.

Fortunately, there are many resources…

For Veterans, Un(der)employment is Frightening

Members of the military are asked to put their lives on the line. But what can feel just as scary is facing civilian life without the skills needed to enter the next phase of their career.

Whether you’ve been ahead all game, or trying to make a comeback, it’s what you do in the fourth quarter that really counts (or in the ninth inning, if you’re the St. Louis Cardinals).

For many recruiters, it’s feast or famine. But that doesn't have to be your fate. Like a grubby-handed grade-schooler, the more fingerprints you can leave on your client, the more consistency you can enjoy in your cash flow.

Keeping pristine records, and expanding your line of services can help stave-off the hunger-pangs that come with the ebb and flow of life as an agency recruiter.

As this season's X-Factor gets underway, another reality singing competition strives to find the next big act that has "it" - that je ne sais quois, the elusive x-factor.

As Simon and Britney judge the latest crop of wannabes, recruiters evaluate candidates and audition talent…

The results are in! Sendouts surveyed nearly 400 third party recruiting and staffing professionals to set recruiting metric benchmarks for 2012. You can grab the results in our 2012 Recruiting Benchmarks Report.

Is the Age of the Resume Over?

Since the first Amazon Kindle was released around the holiday season of 2007, we have watched print quickly fade away. Borders and Barnes & Noble stores closed almost as if overnight. I don’t believe print will disappear any time soon, but it is obvious that it is being replaced. E-readers and tablets offer not only books, but magazines, movies, games, music, newspapers, and a slew of…

Between the numerous forms of social media, chatty coworkers, and the rapid onset of boredom in our society, it is no wonder that distraction is an enormous problem. In a recent study conducted by Sendouts, the greatest obstacle in the recruiting workplace was distraction, whether personal or external. However, this issue transcends…

Your Niche Matters More in the Age of Social Recruiting

We already know that social media plays a huge role in hiring.

And with a Facebook job board reportedly in the works, it could become even easier for companies to match up with better candidates.

Building Trust Between Recruiting and Sales

When They Just Can't Get Along

When sales executives promise clients the world, and recruiters can't deliver, you get a mixture of bad blood and toxic rivalry:

"I no longer trust the sales person to bring in a qualified and fillable job requisition. I won't recruit on ANY of this sale's persons requisitions." 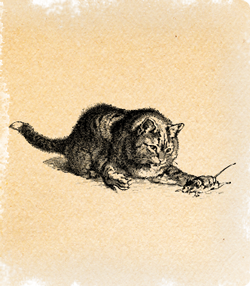 When a tech company is acquired, the acquiring company gets a new revenue source, and the acquired company receives more capital. But the customer's future is left uncertain.

Where is Tech Talent Hiding?

Maybe they’re helping new startups rise to Googledom. Or maybe they’re enjoying the spoils of working for big business. Whatever the case, these guys and gals are enjoying the job flexibility that comes with being in high demand.

Great tech talent. You won’t find it by hitting the job boards.

In the past few years the recruiting and staffing industry has collectively embraced their operational and activity metrics in order to make better decisions. Metrics help managers and individuals uncover gaps and identify slowdowns or inefficiencies during the recruiting process.

We believe they’re vital and more and more of you do too. So, being bound by our…

TOMS Shoes and Your Business

Buy a pair today, give a pair to someone in need tomorrow. It’s a great cause.

But TOMS has been criticized for ignoring the root of a much bigger problem. The argument is, sure it’s great to provide a kid in a third world country a new pair of shoes. But, they’re still poor.…

The world was recently introduced to the Chocolate Machine, a device created by German psychologists to exercise and improve self-control. The idea is based on a study showing that the more people are forced to resist a temptation, the less persistence they have in solving problems.

Apparently willpower is like a muscle, and it can get tired. The more you use it, the weaker it gets.…

When Usability is King, IT Does Not Stand Alone

Enterprise software buyers agree that usability is just as important as feature offerings. If half of your company doesn’t use a software solution you’ve purchased, you’re compromising the benefits of your investment.

“Achieving Software Success” provides insight from software buyers and sellers on the drivers, expectations, and responsibilities for…

Getting Paid: 3 Recruiting Metrics You Need to Be Tracking

If you want to get paid, get paid more consistently, and get paid more often, you need to measure key metrics to highlight where your precious resources are best spent each day.

Here are three basic metrics to get you started:

This is point A. To get a placement, you have to get a job order. Do you know how many calls you need to make before you obtain a job order or assignment - or are you just winging it? Measuring…

The Most Exciting Two Minutes in Recruiting

The Kentucky Derby is known as the “most exciting two minutes in sports.” But it has nothing on recruiting. The recruiting game has plenty of the elements that make the Derby so riveting.

Speed:
Speed wins the Derby - and speed wins placements. In an industry where second place doesn’t matter, recruiters have to work fast to deliver the best candidate first.

Pedigree:
Some thoroughbreds are born to race. Some people…

Are Your Employees Gushing about Working for You?

We all know the employers we’d love to work for (and as a recruiter, that you’d love to partner with). Apple. Facebook. Google. And, of course, I’m lucky enough to be living the dream at Sendouts.

Employer branding encompasses all of the complexities involved in one simple statement: My company is a great place to work.

For recruiting firms, employer branding is doubly important because
a) A desirable employer brand helps you add the best recruiters to…