“Fake” postings and your job board

It’s never a good idea to upset your customers. So why would a job board allow a so-called ‘fake’ job posting – a job listing that, in fact, does not currently exist?

1. Maybe the job board didn’t know it was fake. After all, dozens or even hundreds of jobs are posted at many sites each week – by employers, not the job board.
2. The ‘paying’ customer posted that ‘fake’ listing. Money speaks.
3. ‘Fake’ postings are almost impossible to screen.

For the sake of… Continue

I just love websites that are well designed. In my earlier days I worked as an Information Architect for companies like Digitas. And I've designed all the sites that fall under my company umbrella as the CEO of AllCountyJobs.com. So I think I have a little credibility when it comes to recognizing good web design.

Recently one of my podcast service companies,… Continue

Employment Screening Resources (ESR), is releasing it “Third Annual Top Ten Trends in the Pre-Employment Background Screening ” for 2010. ESR had identified new trends that are starting to make a difference, as well as old trends that have evolved as the screening industry matures and as plaintiff’s attorneys, including class action lawyers, have started to focus on background checks. These… Continue

Marketing in its purest form is very simple... get the right message in front of the target audience and a successful campaign should be in the future. But with the recent changes and upgrades in the world of technology it's becoming more difficult for advertisers to ensure that their message is being heard. Ten years ago companies primarily marketed their services with television commercials, radio spots, and print ads in newspapers. The world of online advertising was little more than pop up… Continue

Effectively dealing with a customer complaint can be the difference between return business and lost business.

My family did quite a bit of travelling this holiday and it was not seamless to say the least. Now mistakes happen and when you are dealing with multi-layered services within one company I can understand how frustrating it can be to have to fix the problems created by other people or departments. However – at the end of the day the customer should not be made to pay for… Continue

Why my resume rejected by Recruiters?

My resume has not been short listed for the job, “I am qualified for that job, and still recruiters reject my resume for interview”. This is the most common question for more than 75% job aspirants in the market. If a recruiter rejected your resume, it means he didn’t like your resume; maybe you are not qualified for the job. Recruiter wants to shortlist first resume, because it makes their work easy, they don’t want to source too many resumes for a particular position. Still they reject… Continue

The social recruiting battlegrounds in 2010

The last decade has, in my opinion, seen one of the biggest seed changes the recruitment industry has seen for many years. While I am referring to social media, I also combine that with the evolution (it took it's time but now has real momentum) that has been online recruitment.


The primary change is that we're…

Utter just one of these words to a family member of friend and chances are they will elicit words of anger, frustration, and just flat out negativity. Automatic DM's are no different. There has been a great debate on Twitter ever since the auto-DM (automatic Direct Message) was… Continue

I wanted to tell you about a few new job sites we here at RecruitingBlogs.com have put together with the help of Job Target

If you’ve turned on a television in the last 18 months you’ve probably seen the commercials encouraging consumers to ask car dealerships to “Show them the CarFax” before purchasing a used vehicle. A CarFax report is a certified report detailing the history of the vehicle. The report covers several important topics such as if the car has been in any accidents, service records, ownership history, and if the car has had any title issues. This product has gained quite a bit of momentum in the past… Continue

I’m scheduled to get back to work on Monday, January 4th. Big deal, huh? I’m returning after a month of medical leave. During this month, I’ve had to re-learn the most basic, fundamental human function: breathing. Due to an “interesting” sequence of medical events, I required extensive surgery on my right lung in early December. As a follow-on, I literally had to re-establish (re-learn) a consistent, “normal” breathing pattern. Something that most humans do 15-20 times per minute for their… Continue

Why Hire a Freelance Business Writer?

While running the writers’ website, Writerfind.com, I often get asked “Why hire a writer” and “What can a writer do for my business?” Here are some answers, based on my own experience and that of professional writers who are asked this question.

Any company, whether large or small, can benefit from hiring a freelance writer. A large company, which already has staff for marketing and communications functions, can supplement staff when… Continue

Well, seeing I survived another NYE I thought it was prudent to think of 2010, and what it will bring, personally and professionally.

Personally will be very interesting, child numero 3 is coming around April, Zach (almost 6 as he always is telling me) is starting school full time 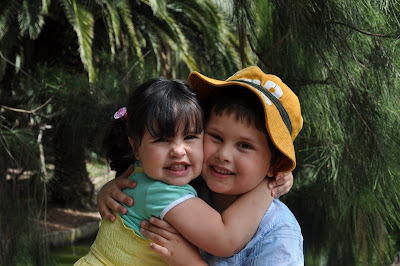 You're a recent college graduate, you're eager, you're hungry, but you're unemployed. Now what?

1.Make sure your resume is posted, or refreshed, on the to major job boards(Monster, CareerBuilder, HotJobs), school job boards, and association sites.
2. Make sure relevant key words, including courses are on your resume in the format that they would be searched. Employers use search tools to find candidates. If you don't have the keywords if the exact way they are searched your… Continue

There are many benefits to be had by recruiting online:
1) Wide geographical reach
2) Speed
3) Lower Cost
4) Automating the Process
5) Interaction with candidates

For more specific info on these 5 benefits check out www.hrmguide.co.uk/recruitment/introduction_to_online_recruitment.htm

Once you’ve tried it out, you’ll be unlikely to revert to print-only… Continue

True or False: Your Resume Should Be Your Most Frequently Used Job Search Tool. False. It’s Your Bio…Read on to Find Out Why.

Most job seekers understandably think that their resume is their most important written job search tool. Why? Because most people associate resumes with landing their next job. Resumes are important, even critical, to your ultimate goal of landing your next job. However, resumes are best used only when you are applying for a specific position. After all, that’s the purpose of a resume – to articulate your background, skills, abilities and credentials – with the hopes of garnering an… Continue

2010 and recruitment - the year of lost opportunities

As the recruitment market picks up in 2010 and companies start hiring again, we’re going to see recruiters getting busy. They will do exactly what they were doing prior to global financial crisis. Nothing much will change.

In parallel, we will see a tremendous amount of innovation in the social, mobile, real-time, and collaborative technology space. We will see more and more of the potential job seeker market participating in the social and mobile web. The small cluster of prominent… Continue