WORKPLACE ETIQUETTE: 7 TIPS TO MAINTAINING A FAVORABLE IMAGE ON YOUR JOB

February is now here and it appears that we are one month further removed from the worst recession this country had seen in over 50 years. Employers have begun hiring in earnest and Department of Labor numbers showed that over 150,000 new jobs were added in the private sector…

Fighting Ageism: How to Position a Mature-Aged Candidate

A recruiter has lined up a series of potential candidates for an opening. Having carefully ascertained their capabilities, character, potential and degree of experience, one candidate is heads and shoulders above the rest.

But there’s a problem. He’s got too much experience. You see, the candidate is a babyboomer – and he’s got the grey hairs to show it.

It’s not a problem for the recruiter. After all, he knows…

Does Loyalty mean anything these days?

Recruiters face hundreds of questions, so when you are asked “Does Loyalty mean anything these days?“ coming from a candidate with 22 years work experience; you sit back and take notice.

Samantha (name changed for privacy reasons) 22 years PA experience, the last 14 with the same company, excellent skills and credentials has found it difficult securing an interview. Problem was not with Samantha, the job market or her skills, it was her resume! It was structured in the traditional… Continue

LinkedIn: A Violation of An Employee’s Non-Compete?

Here's one for you:

Employers are being advised to specify (in non-solicitation agreements) that communications made through an online social networking website such as LinkedIn, Facebook, etc. constitute a violation of the employment contract.

They’re also being advised to include a social media paragraph in non-competes that specifically addresses the use of computers and social media. The paragraph should state, among many other… Continue

The little annoying and wonderful thing that is CHANGE

Change.  It could be classified as an irritant, and it can be classified as a help.  It certainly puts itself right smack dab in the middle of any choices you make as if it had all the trimmings for your journey in life.  You are flowing along, things are working well, and then BOOM - a change comes mighty and stubborn setting itself in your path like a nice giant boulder.  Now you can be the one pushing the boulder or be on the other side and get crushed, I'd like to think this little…

Where do I start to look for Jobs?? Seems a simple question, but quite frankly if you are in the jobs market, how can you be sure you are looking in the right places to find the right job?

There are literally thousands of jobs posted on websites everyday, the big newspapers have big dedicated advertising sections with pages upon pages of jobs on certain days of the week, the local papers have their own healthy jobs section every week. Yet there are people who can't find a…
Continue

Join us for a 30-minute demo and learn how together, TweetMyJOBS and SmartSearch provide integrated job posting tools to promote your employment opportunities on virtually any social media site.

Executive temping is a popular option for companies as executive hiring in general appears to be heading toward a surge, according to a recent article by Human Resource Executive Online.

Per the article, ExecuNet's Recruiter Confidence Index reported that 66 percent of executive recruiters are "confident" or "very confident" that executive hiring will…

Here is our weekly feature in which we share the top articles we enjoyed from the past week about recruitment marketing. This week we’ll be talking about how to prepare for an interview, features vs. benefits, annual labor market survey, the rise of mobile social networking and 20 interesting Social Media facts. 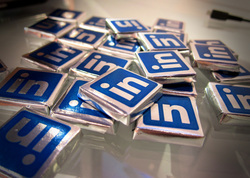 A recent rumor has been circulating the web and creating a buzz that Facebook is going offline forever on March 15th. Apparently Mark Zuckerberg stated, “Facebook has gotten out of control. The stress of managing this company has ruined my life.”…

If you’re an IT professional entering the job market , we’ve got something to tell you that will make you smile – maybe even shout for joy.  Here goes….

You may never have to write another cover letter as long as you stay in the technology profession!

If you’re like the majority of job seekers, you’ve probably spent a fair amount of time during your IT job search writing the perfect cover letter. And you’ve spent all that precious time writing…

How to toot your own horn without choking on it…

One common thread across all levels of clients has been their internal road blocks to recognizing their accomplishments.  They are so used to living and working day in day out that their record keeping of accomplishments fades into oblivion. Although, there are still the handful that have enough ego for the rest of us, those aren’t the people this blog is meant for – not to mention I am sure many of us wouldn’t mind if there were some choking happening there (wink wink).

To Video or Not to Video? Resume Videos are they going to help or hinder?

Back in 2003 while reviewing submitted hardcopy resumes, there were a number of new submissions that came in with mini-CD disks. Unsure as to what they really were, and concerned of potential viruses our IT department scanned them and once given the approval it was my turn to check them out. To my surprise they simply held the soft-copy of the documents that had been submitted – ok thanks but not needed.

During the Global Career Brainstorming Day (held Dec. 3, 2010) and at…

The blank response in an interview!

Interviews can be pretty nerveracking, especially when you are desperate for that job.

Unfortunately the interviewer needs to hire a person, who is calm, cool & collected.

Even under normal scenario, the blank response in an interview can be a deal…

"you've done more for me than any other recruiter"

Great post. I've always put the fee as a third or fourth priority...

to me I don't win unless the client and candidate win first. Nothing pleases me professionally, more than a successful placement and years later the candidate calls me from the other side of the desk, he'she is now a hiring manager looking for talent and remembers the positive experience we had when they were a candidate.

Do You Really Want This Job?

5 signs your new recruiter is destined to fail!

In just about every country that Firebrand operates, we are finding it difficult to hire great recruiters. We have pretty tightly defined criteria, so I guess that’s not a surprise. However, what is a little unusual so soon after a severe recession, is the evident rush to hire recruiters across the board.

INTERVIEWING IS NOT A GAME

I am seeing a lot of articles and blogs written about the "interview game", interviewings being like playing poker or how to's about "Playing the Interview Game".

A game normally connotes a "winner and a loser".  Any interview should be a business meeting between two professionals where both make every effort to provide concise, clear information to the other person involved in the meeting in order that both parties have as much information about the other as possible.  If…

Make it a Productive Snow Day!

[Note: This was written as we are getting pelted with snow and freezing rain for the past two days in Boston]

As a kid, I loved snow days.  It was a free day to play outside with friends and just simply not doing anything productive.  It was just pure fun.  The problem was that instead of doing homework with some free moments during the day, I would always wait till the last minute and have a race to the finish to get it completed.

Sure, there are some experts out there who will tell you that you can always hire A-Players, but I'm not one of them.  Considering 54% of all hires are mis-hires (according to a 2000 Fortune…