Does This Make Me Look Fat? And Other Questions You Don’t Want To Answer

This is a trap. You know it, I know it, and my husband knows if I ask I’m probably trying to pick a fight. No matter how well intentioned or innocent this question might seem, there is just no good answer. Furthermore, if I’m bothering to ask, I already know this may not be the most flattering outfit I’ve ever tried on.

Everyone has their own idea about what makes a good show.

- @Ray_anne says that I always cut the guest off just when she was just about to say something good. I say I only cut people off when they start to…

How to Spot You're a Recruitment Bore

Had a recent coffee with a mate and in turn we despaired, chuckled and grimaced when recalling recruiters we knew, worked with or had met over the years. So as a bit of a fun posting here's my guide to spotting if you're a Recruiment Bore.

I believe that a constant in our society is that Talent drives innovation and execution. Talent is the key ingredient in all successful companies. Every successful venture has either a single talent or a group of talented people behind it. I don’t know many people who would argue this point.

My question is, “Why don’t more companies and HR types consider the talent of the prospective search consultant in their equation before they hire a search firm?…

Do We Really Want to Hire “Rock Stars”??

One of the interesting things I have taken special interest in recently is the usage, or often time’s mis-usage, of words in work place.  Have you ever googled the words talent and acquisition separately and then put the two definitions together?

“The act of acquiring or gaining possession of a persons special natural ability or aptitude.”  Kind of weird, right?  Doesn’t sound like a noble occupation, sounds like slavery.

I have being seeing the term “Rock…

Hey You!….Did You read our "Terms and Conditions"?….Didn’t Think So

(please note that the lack of fan-fare is intentional…Copyright protection seems to be everything..Read on..Daniel)

Welcome all to another thought provoking session hoping to leave you, the reader, “Something To Think About…”®. Social Media (So-Med®) is the arena which many of us use to interact, to promote (sometimes shamelessly), to share new tips and information on the horizon of exciting stuff, AND what’s even more awesome than all of that: Spread the news of original or exciting…

Workplace violence can take place in different forms.  The more common variety of workplace violence is more or less the hazards of the job.   Healthcare workers and emergency medical workers often face abuse.  some of it is physical, but most of it is verbal abuse from ailing and often drugged out patients.    Taxi drivers, retail clerks, and others having to deal face to face with the public are subjected to robberies and battery, sometimes murder.  Law enforcement and…

On 2/12/12 Forbes published an article titled “LinkedIn is Disrupting the Corporate Recruiting Market” (http://www.forbes.com/sites/joshbersin/2012/02/12/linkedin-is-disrupting-the-corporate-recruiting-market/).  The article attempts to connect some dots between strong revenue growth (and assume market share) that has been captured by LinkedIn’s recruitment services and…

Why Social Recruiting is more about Implementation than Ideas

I had a very interesting couple of days at #truLondon this week. Over 170 recruiters, technologists and marketeers descended on the City Hotel in London to argue, discuss, debate and chat over 50 tracks on topics such as the Death of the CV (a very popular and hotly debated discussion), the Future of Recruitment and…

Whatever You’re Selling, I’m not Buying!

This is exactly what goes through the mind of a passive job seeker when the Headhunter calls to make him/her aware the exciting job opportunity of a lifetime.  Actually this is a defensive reaction whenever anyone truly believes that he/she is being sold.  It could be a product, a service or even their time.  But they sincerely believe that they don’t have a need especially for something that will end up costing them something of value they really don’t want to part with. 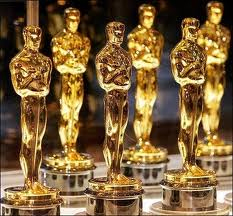 I am one of those guys who likes to celebrate achievement. Society today can be too quick to judge something like the Oscars as sycophantic, narcissistic indulgence for the elite. But I disagree, in a world of 24-hour news that makes the heart sink, a night in front of the Oscars can really make you smile, especially now they cut the acceptance speeches right down!

After a frustrating couple of months I’ve found myself asking this question on a more regular basis. Of course I already know the short answer….no, it doesn’t. What we do is definitely not rocket science and everyone knows what *astronomical fees we charge! (*no pun intended) But if you’ll permit me to continue, I’m going to try and explain why we’re here and why, when you find a good one, they can make your life easier and maybe even save you a few quid. 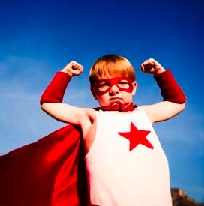 We all have days where we are stuck for inspiration. We get to our desks with all good intentions but somehow things don’t just flow the way we want them to.

It isn’t that we aren’t enthusiastic about what we do, or that we just can’t be bothered, we just need that little kick of motivation to get going.

Here is our weekly feature in which we share the top articles we enjoyed from the past week about recruitment marketing, social recruiting and anything else in the recruiting space. In this article, we’ll be talking about assessing candidates through Facebook, the ATS Diamond Mind, Source to Hire, the ease of recruiting and employer branding.

Here are the articles our that interested us this week (in no particular order),…

Here's A New One - A Candidate Who Will Not Supply References

As we are nearing the end of the interview process, a client asked me to get references from a candidate.  I was blown away when the candidate emailed me and refused to supply references telling me that she did not want her references bothered until she had accepted the job.  First time this has happened in 27 years.

Now I have had a candidate who had a key reference at an existing company, but other references at previous employers and I made an offer pending the last…

Romancing the client - professional sales is a seduction 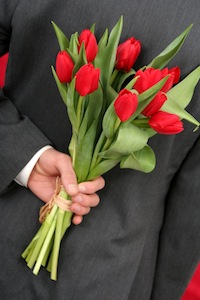 We all know the kind of clients we would like to work with, but how are we going to get them?

Those of you who have attended my workshops and seminars will know that I take a very soft approach to professional selling. First we sell ourselves to our prospects, starting with Knowing, moving to Liking and working towards Trusting.

Business is not about hitting…

I have seen many articles written about how companies are using job boards and direct hire methods to cut out the recruiter, and true there are roles that can be hired with little or no interview required (these methods really inspire employee engagement from the outset….not).   True you can get a 100 applicants from LinkedIn, or such like, and have the HR administrator or internal recruiter spend a few hours sifting through the CVs, then a few hours more arranging tests, plus a few more…

How to save on time, money, efforts in Recruitment?

Working with recruitment agencies to find the right candidates for job vacancies is increasingly seen as a cost-effective and productive way of working for many companies.

The old misconception of – consultants will just send any candidates’ CVs and charge expensive fees – may still be held by some companies but this is often due to a lack of understanding about the features and benefits of recent recruitment agency’s service, competition and market demands.

Stick or twist - how long should you give an underperformer ?

The recruitment industry is littered with bad and expensive hiring mistakes. Nearly all agencies at some point have hired a consultant that doesn’t work out. Most of us have an example of the experienced consultant who promises the world, talks the talk, and  is always on the verge of a big fee, but month after month has little to show. Or the rookie who is full of…