If you’ve been in recruiting for the last 10 years or 20 years, the chart below will be real interesting.  You should see a tremendous correlation between the levels of job growth per year and how business was during that period.  The chart is in hundreds of thousands of jobs. The great take away here is not that job growth is good for business.  We all know that.  But look how big the numbers were in the 90s.  Check out the slow down when the tech bubble burst in…

Think Before You Dial: 3 Reasons Unplanned Phone Calls are a Poor Practice

In the Digital Era, new definitions of acceptable and unacceptable behavior have to address not only new ways of communicating, but  traditional forms as well. This post offers three reasons why unsolicited, unplanned phone calls are a generally a poor practice and reinforces the idea that we must constantly think about the…

The system is not perfect

Some of my customers, who are jobseekers, for the most part think recruiters—internal and third-party alike—are unfair and the reason for their failure to get a job. They think recruiters are only concerned with two things: 1) determining if my customers meet 10 out of 10 requirements and 2) want them to work for peanuts. I know this is not necessarily true, I know that recruiters have a job to do, which is to find what the employer wants. This is how recruiters get paid.

What if I was to tell you I’ve been holding back? No really...  I’ve been keeping secrets from you…

My last 2 blogs covered such ground breaking and thought provoking issues as whether we should wear ties, or carry compendiums in the recruitment workplace.  Some of you saw it for the light hearted entertainment it was supposed to be, whilst others wanted me burned at the stake – or banished to the Victorian equivalent of Siberia (in my estimations that location would be Orbost,…

At this point you may be wondering what a highly creative “1 + 1 = 3” advertising campaign for Schweppes has anything to do with the title of this piece. Most likely, your eyes were drawn to the image and then your brain tried to make some sort of semantic connection between these two disparate elements. *PLEASE DO NOT STOP READING* I realise that I may have lost some of you, but in this article I will attempt to explain how this mathematical improbability is a…

My guest today was the VP of Sales at Gooodjob. I heard a beeping sound right through the show. Other people heard clicking. Some people heard everything just fine.

I find it very distracting when I have this irrelevant noise competing with the guest but I thought it was a good show anyway and I received the usual slew of compliments: my good friend Jerry Albright said the…

Have you heard the statistic that the average person will read the first few lines of an advert or article before flicking onto something else if it does not grab them?  However on average someone will watch a 3 minute video even if it doesn’t grab their attention!

So this got me thinking why not start video adverts, to include a corporate profile, information on roles…

What You Need to Know: The Most Wanted Skills

We've taken the requirements from over 650 million online job advertisements to determine the tools, technological skills, and certifications most frequently advertised for any position in any U.S. location.

The top ten skills employers are currently demanding include:

The Social Media Recruitment Chess Board

Before I start let me just say I’m not a chess grandmaster, I don’t know the difference between the Murphy defence or the Reti opening and yes, I did just Google those.  However, like most I do know the basic principles of chess and the abilities of the chess pieces, I also know social media and so thought this would be a great way to characterize the pieces.

In a recent HC Online article on Best Practice Recruitment the analogy of a candidate as an iceberg was used.  What you see or can glean from resume and interview is possibly only 10% of the total picture.

I was intrigued by this comparison (in fact, it was made by one of my employees), but on reflection am convinced that…

Where Politicians (And Recruiters) Get It Wrong

Who likes politicians? Answer - nobody. Ok, maybe you have a favorite, and there are certainly some who really like specific candidates. It’s safe to say as a group, politicians are generally despised and, at best, tolerated – with a few good ones sprinkled in. (Depending on your view, of course)

The disdain we feel for these public servants comes to the forefront in an election year. You can’t turn on the TV without seeing someone bashing someone else. Politicians run…

Sandra and Kelly have interesting thoughts based on the three questions my young friend asked me. Yes, this recruiter is clueless when it comes to the recruiting world – maybe because he came from a very large firm where he only sourced candidates. And by that I mean recruited them for one particular position and never talked with them again – once in the system, they belonged to the recruiter not the person that sourced them. When he left he was amazed that there was actually more to… 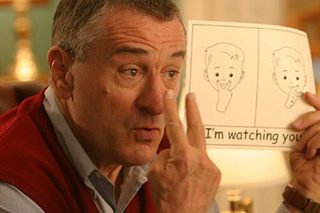 We’ve all heard the stories of people who put crazy statements on their Facebook status, causing not only great embarrassment to them, but often cause them to lose their jobs too.

You know the kind of thing…. “OMG, I am sooooo hungover, hope everyone is having fun working today while I have a ‘sickie’ “…

Beginner’s Guide to getting started with Social Recruiting

Many recruiting organizations are starting to see the potential of social media channels in their recruitment marketing strategy.  These channels provide the unique opportunity to engage with candidates on channels that they actively use and to begin two-way communication with these candidates.

A Trinity of Three: The Triangle that is Social Media Essentials...A Brief Look As of this moment, these three in my mind make up “The Trinity of Social Media” and you should be engaged and engaging on all three in some fashion. Keep in mind, that there are various other websites and…

The Destructive Cost of Workplace Fraud

Once upon a time a dear friend told me about the issues he was having in his apparel manufacturing plant where certain employees were in business for themselves.  This meant their raking off inventory, dresses, blouses, and such, and selling the stolen merchandise to anyone who would pay cash.   Upon doing researcher, my friend found is otherwise unaccounted merchandise in the flea markets in downtown Los Angeles and with different off price venues.   The stealing or shrinkage, as it was…

After you've identified your company's Candidate Value Proposition (CVP), it's important to take charge and implement your employer branding plan.

A crucial branding element is generating employment buzz. This motivates your employees to share their enviable work experiences with their friends, via their social media networks.

Starting your own Recruiting Company??

I am at an fork in the road.  I have been very successful at a larger recruiting firm for 11 years.  However, we have just been purchased.  Without explaining all the detail, lets just say that the way I recruit will be changing drastically.  So drastically that it feels that it is going to completely change my compensation near term and long term.

Now, I could stick around and work hard to regain some of the things I feel I have lost in other areas.  Or, I could go somewhere…

Abraham Maslow developed his hierarchy of needs by studying successful people.  How does your company’s recruiting process match up with our human needs?

Of course you are saying, “What? How are the two connected?”

More ways than you may think.  Importantly, almost all of those players (candidates) were recruited by coaches (hiring managers) to create a cohesive team.

What does your recruiting team do?  Obviously they are working to source, identify, and recruit the candidates who will create a team that will produce positive results for your company.