We have all gone to a job board to find ONE company that has posted several jobs (sometime as many as 20 or more) back to back to back. I guess they thought that they would create a buzz and capture more interest from more people with more ads. Well I am here to tell you that you are actually creating the exact opposite reaction than you are intending to generate.

"What about me". Recruiters: the forgotten victims of Resignations


Hands up if you've ever been punched in the stomach?

Hands up if you're a Recruiter who's had someone leave a job really quickly after joining, that you placed.

Similar feeling right. The anger, the breathlessness, the nausea, the feeling of bewilderment and fear of further reprisals.

It's a horrible feeling. A person you've nurtured through a process, handling expectations, scheduling meetings, consoling, encouraging, talking up to… Continue

I read an interesting article this morning about the Notebook and Tablet PC markets. The writer used the term bifurcation, which I’m sure was a thrill for him. I had to look it up. It means to divide or split into two branches, and the article made a solid clear point about the PC Market. That market is splitting into PCs for Creation of content on one end (laptops and desktops) and PCs for Consumption (tablets are great for this).

In recruiting we have seen this happening…

So, is there a differece between Generations? Ah, yeah!

I was having a discussion with an associate about recruiting, managing and retention (you know, the usual stuff) when they said something that I thought summed the challenges that exist in all these realms in a very simple way. It went something like this:

As another associate said,… Continue

Disasters – Can your EMPLOYEES Recover? 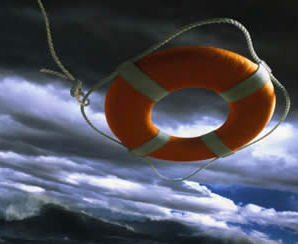 Try to imagine this scenario: You are a BP Oil or Halliburton employee anywhere along the Gulf Coast, attending a friend’s backyard barbecue on a recent Sunday, and in between sips of beer and nibbles of chips and dip, you hear, over and over, “Oh my god, you…

Leading authors are writing about it; conferences are featuring it; and many are calling on corporations to report on it. The triple bottom line—people, profits and planet—has unofficially become a leading indicator. Rather than being measured solely on profitability, companies, and their customers, are increasingly adopting “the three pillars” to define business success.

Are you a Farm Animal or are you Wildlife?

Anyone that has worked with me for a period of time knows that the Farm Animal vs Wildlife analogy is one of my favorites. I typically classify Recruiters and Business Development professionals in one of the two categories. My categorization is based upon the simple premise that there are some people that hunt for their food (you can use money if you prefer) and some that wait for the food to be delivered.

Changing a recruitment company and why it won't work.

I recently attended a HR and recruitment forum and listened to speaker, Carron Hinton , talk about Change management. I've never really though about this topic before and as I listened it dawned on me that I really wished I had.

Carron talked about the differences between Operational Management and Change or Project management. It occurred to me that the normal management style of my customers (recruitment agency managers) is that all about Operations management and nothing to do…

I get asked almost on a daily basis how to create an effective network and minimize networking time all while maximizing results. Giving an example from my everyday life, I will explain how to do just that……

Earlier today, I hosted a free teleseminar discussing 5 Ways to Optimize your Facebook Fan Page. Facebook is approaching 500 million users. A recent study tells us that 7% of American households have a Twitter account while 41% have a Facebook account. Facebook is the most accepted form of social media more so than LinkedIn.
If you missed the call, you can always call in and listen to the…
Continue

How to best take advantage of your employees in a poor economy?

I have heard many people's anecdotal accounts of how the poor economy of the past 18-24 months has affected them from a job perspective; but I am particularly interested in this as we emerge from the other side.

I have heard how employers reduced the number of workers to substantially lower levels, seemingly to reduce overhead costs, trimming budgets while hopefully increasing potential profits. This seems like a sound idea, particularly for shareholders looking for strong returns.… Continue

Every industry and profession carries with it its own distinct jargon. In fact, it is the measure of recruiters’ worth to be able to pick up on the unique lexicon of the positions for which they recruit. Being able to spout off the verbal equivalent of Google Adwords also preempts most candidates’ assumptions that as recruiters, we’re slightly above amoeba but slightly beneath bonobo monkeys on the evolutionary ladder. (The monkeys do admittedly win by default,…

With all the pressures facing the recruitment industry at the moment, from the reduced levels of hiring over the last couple of years to skill shortages and the increased threat of direct sourcing posed by social recruiting, you would have thought that any recruiter worth their salt would be doing everything they could to maximise every opportunity.

Which is what makes this story so baffling...

Couple of weeks ago a client invited me in for a briefing. I wasn’t the only… Continue

How many horses should be pulling that résumé cart?

I'd suggest at least two. You've got your Plough Horse (the scanable, aesthetically-bland format for an applicant database), and you have your Show Pony (the one you parade in an interview that just looks dazzling and makes you feel good). I'm talking about formats or structures here, so as not to be confused with different versions…
Continue

This week we passed the 25,000 member mark and I am proud of that. I want to thank everyone who has taken time, even the smallest amount of time to… Continue

The future is agnostic

I had the privilege to moderate a panel discussion on disruptive technologies and innovation at the recent iMedia
Agency Summit in Brighton and it struck me – not only from the panel discussion, but also from the other excellent speakers and from my own preparation – that we are currently stuck in a channel approach. The
emergence of social media and…

Hiring? - Here are the TOP 5 things you NEED to Know.

I have written a lot about how hiring practices affect the size of your current and future candidate pools and thought that this might be a good time to talk about what you CAN do NOW to increase or maintain your current candidate pool.

I have read a lot of articles from other experts in the field and though they have not conducted the extensive surveys that we have, we all seem to share a common opinion; treat all applicants and future employees with respect and meet their… Continue

Payrises in your future with growing skills shortage?

One minute we’re in the midst of the now famously-named GFC (Global Financial Crisis for those of you who have just peered out from under a rock), and everyone’s panicking about job queues,…