Obviously I am not the first to weigh in on the pros and cons of using social networking sites like Facebook ®, etc. I was actually late to the party getting on FB because I thought it was more for the much younger crowd, but it has become quite a useful tool for me to re-connect with people and also to get the word out about my business and blog and has yielded rewards.

I am much less an "open… Continue

How to acquire Business Acumen in a new industry

Any HR person will tout their knowledge and specific expertise when interviewing. However, it takes a true professional to discover, investigate, and evolve an environment one has no experience in. In today's market we must learn and grasp new and emerging industries.

How do we acquire Business Acumen when going into an industry we are unfamiliar with?

The short tips or answers:
1) Use your interviewing skills as a recruiter or HR Talent to investigate, question, and… Continue

In a conversation over the last week on RBC the subject of cold calling came up. One responder said that cold calling is unprofessional. Now to this person's defense, they were saying that they believe warm calls are more professional and that you should know something about who you are calling before you call. As I spent much of the past week cold calling, I chuckled some and thought a little about this conversation and perspective. My perspective is that this is an apples and oranges kind of… Continue

I rarely get up on my soap box, but man.. this has really annoyed me.

I love my football, I love my sport, I love hearing about it, I love reading about it and basically I cannot get enough. However this month, there has been a couple of issues arising which really sticks in my craw.... (where is my craw by the way?)

Anyway, in the media here, there seems to be a pre-occupation with people losing their jobs, specifically coaches of football clubs. Aren't we in a recession?… Continue 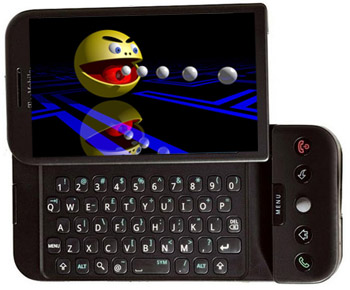 Let me explain something here to the guys. When you get married, Game Over.

I was playing a video game. It was 2 AM. I was using my Plantronics headset with mic shouting at my team of online gamers (mostly college kids) when all of a sudden my wife pulls the electrical plug.

We were on the last level to slay the Dragon monster and she drops the power strip in my lap. Friggin’ unplugged and offline, my team lost hours worth of… Continue

Should Employers Know What You Post On Your Personal Sites?

According to a study by Deloitte LLP, a majority of employers feel that they have a right to know what’s being posted on personal social media sites like Facebook and Twitter. A rant or negative opinion about a company can end up damaging reputations and divulging secrets valuable to competitors. But most of us can’t help but check up on our personal sites. The most common reasoning for staying active in personal social media goes something… Continue

Spring has sprung! Birds are chirping, pedestrians are darting out in front of my car, I narrowly avoid running into people on bikes – seriously some of you people are slightly dangerous. Ahhhhh…. Summer is on its way. And to top it off I’m seeing signs of an upswing in the market. WOO HOO!!

Recently, I was fortunate enough to take part in a few events focusing on job hunting, technology, new products, etc. at the Microsoft building in Cambridge, MA. Can we talk about how… Continue

Let’s just cut to the chase - interviewing and looking for a job can be extremely tough. If you have approached your job search in a professional manner you have already:

- researched and learned all you can about the company, interview team and hiring manager.
- properly formatted your resume and made sure it presents you in the best light for the position you are interviewing for.
- bought a spiffy new suit and even got your car cleaned (see previous post - Stop… Continue

I recently asked one of recruitment managers about how do you form your recruitment strategy and he discussed various aspects about talent acquisition/management, sourcing, advertisements, referrals and so on. However, at the end of the discussion - I thought he looked outside so much that he completely forgotten about looking inwards. What do I mean?

For corporate recruitment departments, recruitment not only mean finding/interviewing/placing the candidates but it starts right from… Continue

"I would rather be tied up to stakes in the Kalahari Desert, have honey poured over me and red ants eat out my eyes than open a Twitter account. Is there anything you can say to change my mind?"
-Maureen Dowd, New York Times Columnist

"Well, when you do find yourself in that position, you're gonna want Twitter. You might want to type out the message 'Help.'"
-Biz Stone, co-founder Twitter

Twitter, which allows you to send 140-character text messages, and other… Continue

Attracting Talent from all over the Web

By applying specialised search techniques, online talent search specialists are able to uncover passive candidates in the shadowy Deep Web - wherever they gather to work and play.

The employment market is generally categorised into three main talent pools, namely the unemployed Job Seekers, the employed job seekers and the passive (non-job seeking) candidate. By understanding the nature of these various talent pools, Recruiters are in a better position to attract the right… Continue 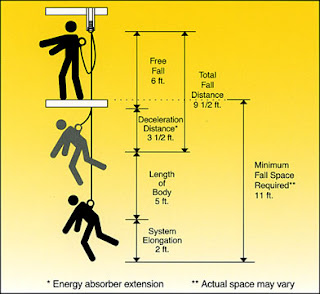 Should You Take Risks at Work? Yes, Yes You Should.

With all the innovation success stories and Tipping Point-esque advice swirling around corporate culture, members of any workplace have found themselves in a very specific predicament for at least the last 15 or 20 years. Namely, being caught between a rock (the much touted “Dare to take risks” attitude) and a hard place (the unspoken but definitely implied “Don’t screw up”). We all want to showcase our talent and get rewarded for it. However, it seems that the stakes and the level of ingenuity… Continue

The Dirty Words Recruiters Use

Let me start by saying, I love the recruiting business. Our business has provided my family and I (wife and 4 kids - all 5 and under!!), with an excellent living. In the past several years I have been more on the management side and given the opportunity to train and develop many new recruiters within both the corporate and agency side.

Over the years there are several words, words that I consider "dirty words", that I have seen destroy personal success and production. No recruiter… Continue

The challenge for the interviewee is to be the solution. The hiring… Continue