We all have our opening lines when we make a cold call....they may be a simple "hello", "how are you?" or "Mr./Ms./Mrs. XYZ, i currently have an opportunity for you which i think would be of your liking!! "

This simple "Hello!!" 'MAY' change the course of the conversation...whether the candidate would feel interested or he/she might just say that he/she is currently in a meeting and to call back some other time!! The tone of the "Hello!" might also affect the conversation and…

Why I love recruitment

There are researchers and scientists dedicating their lives for the opportunity to find cures and promote a better state of living. Doctors and nurses comforting the bodies and souls and extending life so that we may see our grandchildren grow and smile. Teachers who see reward every day in the glow of a child’s eye when they realize they have made a…

10 things you hate to ask, but should

What you don’t ask may come back to haunt you! 10 questions every recruiter hates to ask.

How many times do we look to fill our job vs. work as a trusted advisor with our clients and consultants?

It is almost a protective human instinct to shy away from the hard questions or those that we don’t want to know the answer to.  In the business of placing candidates in jobs, we often look for the reason to say yes and avoid all the reasons we should say no.  Saying NO can make…

As a Recruitment professional let me let you in on a little secret…. My husband Frank is a Sales person’s worst nightmare (and he could also be your Hiring Manager.)

Why do I share this with you?   I share, because Recruiters might not like to sell, but that doesn’t mean they can’t pick up the phone and develop a friendship with a hiring manager.  Let me show you how easy it could be:

I knew when I began working earlier this summer that the job might only be temporary. I had always had plans to move from my home in Denver to my dream city, Portland, OR (sorry Peyton) and pursue employment with my dream company (think sports apparel, sports marketing and Mr. Knight if you are reading this blog please give me a call).

I was all set to pick up, load up and pack up all of my earthly belongings along with some great…

Running a startup is all about small teams, long hours and wearing different hats. Doing more with less is a point of pride for a lot of CEOs, but there comes a time when you can’t afford to wait for VC money before expanding the team. After all, Microsoft may have started in a garage but it didn’t stay there for long.

So, what are some signs it’s time to bring someone else on board?…

We're recruiting for a C# developer (in Michigan).  We've had a few candidates interview and the process is moving along.  The first step in the interview process involves a WebEx meeting with the hiring manager just to get a bit of "who are we? - who are you?" in place.  Simple enough, right?

The starting point for that is an email from the manager to the candidate with the WebEx details - the link, password, etc.

Is your Executive Candidate Experience killing your company brand? 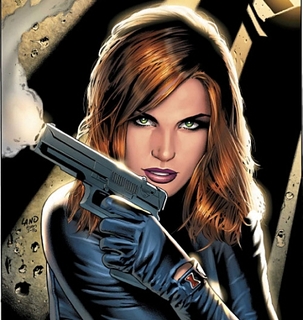 Michael Jordan, Scottie Pippen and the Bulls have won six world championships. Michael Phelps has been awarded more gold medals than any other Olympic athlete in the history of the Olympics. George Strait has more #1 singles than any other musical artist. All of these people have similar characteristics. The question is what are they? What does it take…

I had noisy roadwork outside of my office this morning and somehow this made me think of this list. :) I am interested in what fellow recruiters would think about it.

What is a Recruiters Job?

Was talking to a neighbor about work and she mentioned that my job must be easy as they are tons of people out of work.

My response was that the skill sets that my clients are looking for (right now mostly CPA with Big 4 experience & Chemical Engineers) that most of those candidates are currently working.

She then said that the recruiters role was to "get candidates jobs".

What do you think is the recruiters role?

And the Percentage of Recruiters Who Make Client Visits is . . .

Every recruiter everywhere is doing everything they can to drum up new clients—and keep existing ones.

To be sure, there are many factors involved.  Below are a few:

1.The industry and niche in which the recruiter works

2.The business model of the recruiting firm

The 4 Do’s and Don’ts of Networking

Are you networking?    Some people are, but EVERYONE should be.    While networking this past month or so, I have run across some Do’s and Don’ts that I think everyone should follow.

It turns out your favorite video game of 1994 can be a pretty useful hiring tool. Go figure.

Every new small business hits the scene like a rebellious teenager. They’re young, they’re proud and they’re full of energy. They know what they can do (and…

By Carmen Lapham, Director of Recruiting and Operations, Q4B

A colleague of mine recently had a birthday. He is an avid reader and a beer guy who borders on being a beer snob. His wife gave him a book for the occasion entitled 300 Beers To Try Before You Die by Roger Protz. He calls it his beer bucket list (although he would refuse to drink any of his beers from a bucket) and after paging through the book he discovered a few things.

Over the years he thought he…

Recent respected surveys show the way to your employees performance sweet spot is through recognition the survey suggest the following.

Recognition Keeps People Working Harder and Loyal to You

Instead of opening your headhunting calls with “Are you looking for a new opportunity?”  You might consider opening with one of Harley Marketing’s, 10 Valid Business Reason for interrupting someone's day:

The best interruptions rarely have to do with the services you sell. Instead, share information…

As a candidate, how would you feel if you knew the recruiter you were speaking with on the phone was sitting at his desk, at his home, in his boxers, and maybe hadn't showered in a few days?

As a hiring manager, would it bother you if you were entrusting your search to the same guy mentioned above? Should it matter as long as he is getting the job done and going it well?

The truth is, you really have no idea if you are in that situation or not. It is funny - and creepy - to…

How to Improve Recruiter-Client Relationships

Every relationship, whether it is personal or professional, is maintained by a certain set of behaviors and attitudes. Think about it. Whether you are dating, conducting an interview, or making new friends, you expect the other person to act “properly” whatever that may mean to you. If your blind date is sketchy, spends the evening ignoring you for his or her phone, or stands you up, would you really try to see this person again? Not likely. So why do you, as recruiters, pursue relationships…

Step One: Analyze the job description: What are the missing specifics?

Review the JD to identify additional information and/or clarifications that you need from the hiring manager. Out of this discussion will come the elements to include in your posting. It will be very different and much more effective than the original JD.