Starbucks Instant Coffee Is Here AND So Is Instant Recruiting 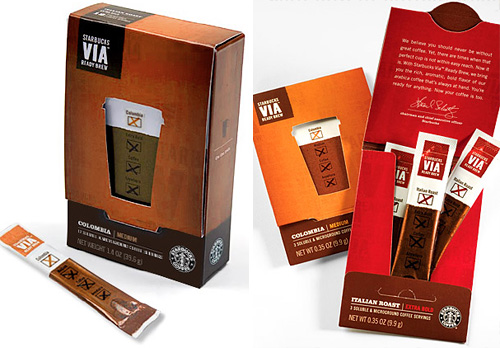 Starbucks is selling instant coffee. I tried it yesterday. It was good. I know what you’re thinking. Folders! Flavor crystals and all that asinine marketing, nope, just ain’t there. But, I promise you this, it doesn’t have that instant coffee taste. Give it a try

How about Instant Recruiting? That is a direction we are heading. Companies are looking to get rid of traditional Recruiters and have hiring managers, marketing and small team of junior Recruiters to… Continue

How many people will get up at x time tomorrow, drive x route, drink x drink, work x plan, have x meeting, drive home at x time, eat supper at x time and go to bed at x time?

This was a conclusion that my team and I came too several weeks ago. It was right before I was leaving for Recruitfest and I was explaining the non traditional set up and my excitement leading up to the event. One team… Continue

Football vs. Mom (And My Top 10 Favorite "Rules" of the Game)


Almighty God in the Most Divine of All Kingdoms, forgive me for I love more than my mother this holy football season!


My family knows and respects my one simple request this time of year. It's fine to shout with me at the TV screen. But, do not talk to me during the game. Ever. Unless, of course, it's half-time and you're going to tell me how much the opposing team stinks like three tons of…

Talent Management is changing and forward-thinking companies must begin preparing for the changing job market. Over the last several weeks, the news publications and news networks have begun reporting positive changes in the economic markets. The Globe and Mail reported last week, that as the economy improves, we will see a “W” shaped recovery. A W shaped recovery has a large dip which we have already experienced, followed by a rise, and follow by another dip before we return to a stable and… Continue

The most important thing..

The other day, I was thinking back to a factory job I held from 1987 until 1995..I worked the afternoon shift at an aluminum casting foundry, where we made parts for things like autos, fighter jets, and tanks..

Anyway, my job was to take the rough edges off of the castings, done by holding the casting "just right" on a rotating belt of very coarse sandpaper..the belt moved fast enough that if one was careless or in a hurry, a casting could be destroyed in seconds, or worse yet, one's… Continue

After an absolutely exhilarating day participating in the Annual Member Congress of the International Association of Employment Websites, I was prepared to sense some level of deflation as I entered day two of my trip, and day one of the ere.net expo. After all, I work for a group of employment websites , and this was a conference primarily geared toward full time corporate and 3rd party recruiters. These were the people paid to find the talent that’s theoretically not looking for work on… Continue

The secret to "fun and money" in recruitment! A simple formula that guarantees billing success

For all my blog posts please visit http://gregsavage.com.au/

I was walking down the street the other day when I ran into an old colleague, an ex-employee actually, from my days as the owner of accounting and finance recruiter, Recruitment Solutions.

We talked for a while, and as we parted she said with a huge smile, “ Still following that old success formula, Greg. It has made me millions!” At first I could not for the life of me work out what she was talking about. But… Continue

What's changed in recruitment since the crunch?

As a relative outsider to recruitment, I was wondering if anything has changed in recruitment?

I know things are tough but is everyone just waiting for the good times to return, for things to return to normal or has anything significant happened to change how the industry works?

I never fully understood the business model. It appears to reward poor performance. The higher an employers staff turnover, the more business a recruiter gets. It seems a bit strange and I… Continue

ACTUAL LEADERSHIP, PART II - Now that you are leading...where to?

Let's suppose that all the planets align correctly and you wake up on the correct side of the bed (most days) and you are becoming an Actual Leader. This is confirmed for you on a regular basis by people who genuinely smile when they see you coming and also smile and thank you when they depart your presence. Some of these people come to you out of the blue to bounce ideas off of you or report progress because they know that you appreciate it and that they are appreciated. You are even taking… Continue

The Life Cycle of Roles - Not All Roles Are Created Equal

Life is just not fair. There are some roles that get the best out of a person, and then there are roles that were designed to make your life feel at times like hell on earth. It was only recently that I discovered that there is a life cycle for roles, similar as for a company.

The best roles are those with a great company and with a great boss. However, not all roles are created equal. In two of my roles I only stayed for one year, but started looking around after one month, as I… Continue

Should Recruiters Be Accountable For Bad Hires

Remember college? Or maybe you can’t. You slept all day and partied all night. You had zero accountability except making good grades. Then you got a job, spouse, house and kids. And then, Boom! You’re responsible for a lot of things, pal. Like a mortgage, college and keeping your job.

Accountability, it’s the word of the day. And, it may be the Recruitment word of the year. Here is why.

Agencies are accountable for every hire they make, if the person bails or is… Continue

Now that the economy is beginning its slow uphill climb, boomers are beginning to think about retirement and the cycle of hiring entry-level talent is beginning again. Yet, a lot has changed in these past months and as any hiring manager can attest to, the Millennial Generation is like no other.

Three key factors make for major differences between the Millennial Generation and their predecessors when it comes to engagement and retention.

Are these the two dumbest recruitment executives in history?

Sometimes you just have to wonder at how dumb some people can be.

I know, not a nice way to start a blog post, but wait till you hear this.

Last week I was coming back to Sydney from a week in the Aquent London office. I stopped over in Bangkok, and had two hours in the Qantas lounge there, doing what all the other business dudes were doing. Blackberry, laptop, maybe the newspaper.

Now the seats in the Qantas lounge are fairly close together, and it is… Continue

Trust is the New Green

I wonder if this phrase will grow in popularity. It was respectfully plagiarised by Thomas Brown at a CIM seminar I attended last week and appears to originate from Graham Sadd. It resonates in the current climate where trust in various institutions has, rightly or wrongly, been eroded. In this post credit crunch age the successful new entrants to various market places will be… Continue

Killer Networking Will Help You To Get What You Want

It doesn't matter if you are trying to recruit a top candidate, find a job, get a signed fee agreement back from a new client or just gathering info about a fun hobby, the truth is that networking can be key component in your ability to get what you desire.

The world is filled with deal-makers and deal-breakers, the first thing you have to figure out is which you want to be. In business we all try so hard to develop new relationships by going to events, asking for business cards,… Continue

It's no secret that I love my iPhone. It's certainly no secret that I'm an avid believer in mobile marketing for recruitment. So I'm sure it was no surprise when early this year I came to the leadership at AT&T and explained to them how strongly I felt that we should create the first employment driven application on an iPhone. And while I was probably guilty of using phrases like, "it's our responsibility" or "it… Continue

I recently got the chance to present this at a small gathering of business leaders in Santa Cruz, California. The crux of the gathering was to have these business leaders listen to real people. I consider myself quite fortunate to be considered a "real person" I think that's one big piece of being successful in this industry we all love so much and I believe this to be very relevant to the work we do. I do want you to bear in mind however that I am not speaking from a position of expertise on… Continue

One of the systemic errors that I see corporations and Recruiting departments making is that they are treating hiring as a "zero sum game". 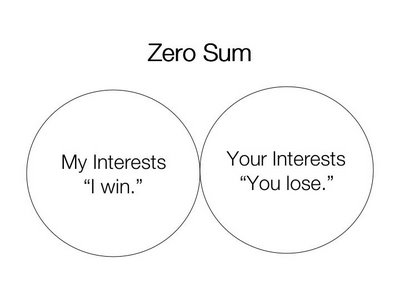 The name comes from the fact that there are some games where the sum of the player's payoffs at the end of the game sum to zero. Poker is a good example. Imagine you and I play head's up poker. If at the end of the night I'm up $20 then, by definition, you are down $20. Our payoffs, plus… Continue

Keep your best employees as the economy recovers!

As I referenced in my free September newsletter (contact me if you are not already on the e-mailing list)...surveys of top level executives show that one of the biggest fears with the "down" economy is......what impact the recovery will have on their own staff!
It only makes sense that since many employees go into lock-down mode during a tough economy, as the market recovers and companies begin to hire again, employees become curious about checking out other options for career advancement.… Continue