By Bonnie Cha and Nicole Lee


(CNET) -- It's been a little more than a year since Google Android was announced and rumors of a little device called the HTC Dream started to leak onto the Web.


The G1 does not support stereo Bluetooth, Microsoft Exchange, or video recording.

We think it's fair to say that the Dream stirred up as much anticipation and hype as the Apple iPhone, not only because it would be the first smartphone to run Google's mobile… Continue

By Steven Mollman
For CNN


Bringing Skype to the workplace is just one way companies are harnessing tech that has previously been used just for fun.

Employees in the office used to ponder this question about corporate technology not easily available to consumers.

Today the question, usually asked from home or a cafe, is: "Why can't I do this at work?"

Give and You Shall Receive

So now that the 6 key relationships are established it is now time to use these relationships to your advantage. You see, a university does not just exist to provide a great educational institution. It also exists to deliver the promises it made to the students when it was recruiting the student: Career placement! So with that being said, here are some key things you can do with the 1st two relationships… Continue

Initial duties will include providing oversight and guidance in building a SAP PLM vision for client, including ultimate solution design and related dependancies that need to be exposed in order to design an effective ECO solution. ECO project is currently budgeted for implementation in 2009, so desire is to understand what other PLM components related to ECO could be… Continue


Hi Everyone. I'm writing today to announce the launch of LinkedIn's applications platform that will enable over 30 million professionals on LinkedIn to communicate, collaborate, and share information even better than before.

At 10:00 PM on October 1st, joblish was launched on the web. It's been an exciting month. We've made a lot of progress. In October:

www.joblish.com has had over 1,000 unique visitors. Some came & looked...others came & experimented. 76 came & registered. Not bad for a site about a new concept with a weird name.

We started the joblish blog - www.joblishblog.blogspot.com. Our readership is small, but growing. We work hard every day to make the blog informative,… Continue

FAS 157 and the Financial Crisis

William Isaac, FDIC chairman from 1978 to 1985 and now the chairman of a consulting firm that advises banks...rhetorically asked the participants [at a recent SEC panel on mark-to-market accounting] how the financial system could have come upon such hard times in under two years. "I gotta tell you that I can't come up with any other answer than that the accounting system is destroying too much capital, and therefore diminishing bank lending capacity by some $5 trillion," he asserted.… Continue

Does a Diversity Focus Perpetuate Racism?

"Advocates of 'diversity' are true racists in the basic meaning of the term: they see the world through colored lenses, colored by race and gender."

Read one person's thoughts here - be sure to read the comments too.

Might be tough to generate comments here on RBC - this isn't exactly the easiest topic to discuss.

I WANT MY BONUS! WAAAAAAAAH!

The Tooth Fairy cometh; I think Hank Paulson will somehow take care of his friends.

Next year people, next year... Can't wait to see how the current cybersquatters in recruiting handle this one.

Returning from his trip to India, John seamlessly migrates physically and philosophically from one domain to another: Digging Into RecruitingBlogs.com v1.23

Why are there still $2 ATM fees?

According to the article, now that we have a share in pretty much every bank in America (to the tune of $1,785.71per taxpayer), why are we still paying ATM fees? So many banks still aren't in tune with the reality of the market - surly help, pens that don't work at the counter, ridiculous end-of-year bonuses - even spending millions of dollars to name sports arenas; we have "Citi Field" here in NY - at $20 mil or so each year!… Continue

This is Michael Chavez, President of Strategic Recruiting Solutions. (www.strategicrecruitinginc.com)
I have a unique, and what I think a very interesting opportunity for the right recruiter. My company specializes in sponsoring custom recruiting events for Fortune 500, regional and local companies. I have a client who has very specialized, immediate needs for sales talent nationwide. I'm in need of a recruiter for a limited… Continue

And you thought our job market was bad…….

Legend has it that famed Antarctic explorer Sir Ernest Shackleton placed the following ad in a London newspaper prior to one of his unsuccessful expeditions to find the South Pole: 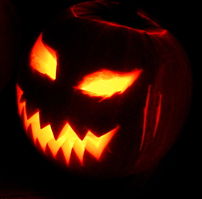 In this article Nicholas confirms something I have long feared. The days of all free Social Media services are numbered.

I am probably not alone in my fears that, like LinkedIn and Flickr (which both already charge for premium services), it wouldn't be… Continue

For all LinkedIn Users - Connect me - rajeev@encorerpo.com

My name is Rajeev and looking to expand my Network at LinkedIn.
Interested professionals can feel free to invite me...

Thanks and looking forward for your kind reply.
- Rajeev.

Our wonderful friends in Phoenix have had to make the tough decision to slash jobs across the country. The one time up and coming job board with the video and blogs, plus $65 million in investments, is slowly winding down their business operations across the country with their local approach. The so-called "franchise" model of local offices is failing as the economy weakens. Gone are several Director level positions plus sales and marketing people from coast to coast.

The future is… Continue

Looking for a BDM with Staffing background for Birmingham AL