Be honest. If there is one part of the recruiting process that most recruiters would rather not do themselves, would 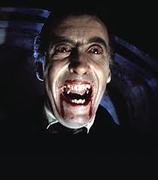 rather that someone else, anyone else, take responsibility for doing (someone in HR, hiring manager), and sometimes don’t even see the need…

StaffingU and the Wintrip Consulting Group recently sponsored the Wall of Ideas, an idea exchange done graffiti-style, at the most recent Staffing World. This is the third in a series that I’ll share over the coming weeks along with commentary on how to employ these in your firm.

Tailor Your Presentation to Each Client’s Specific…

My client hired someone after 5 months without telling me according to my contract they owe me the whole fee. The applicant left the job 3 months later because the job was misrepresented. I lowered my fee to 10% of the annual fee to make the client someone happy and now they have told me they only want to pay me 10% of the applicants earnings.This is absurd. Do you have any suggestions. I may have to take legal action. This is not a good client to mine it is first placement I made with…

Is it time for your end of year recruiting check-up?

For organizations, the end of the…

Some Things are Worth Repeating

A coworker of mine absolutely detests the phrase, "Recruiting is a lot like dating." She says it's cliche and trite; and she is right. The problem, though, with cliches and all things trite, is that they are true.

Why is bears repeating that Recruiting is a lot like Dating:

http://www.scribd.com/doc/110006494 - In this episode of The Jim Stroud Show, Jim demonstrates how to find passive candidates on Tagged.com, the 8th largest social network.

Links in this video:
# Top 15 Most Popular Social Networking Sites…

…If you respond to your prospect.

Last week I received a LinkedIn message from a niche job board salesperson. I got it several times actually – he sent it to everyone on our recruiting team and they all forwarded it to me. This particular job board focuses on marketing, and the timing couldn’t have been better – our marketing and ecommerce teams are exploding.

What a wonderful life

I must admit - I lose perspective at times.  I have a home office, loyal team members working in their own offices and plenty of opportunity to pursue my destiny each day on my own terms.

This morning I stopped into the gas station for a fill up.  I just happened to notice the last guy stopped at $5.  How can that even get you down the street?  It was an odd thing - for me to consider really.  Maybe he was just filling up a gas tank for the lawn mower?  That could be.  But I don't…

Welcome back. I got behind the proverbial eight-ball last week and was unable to finish this in a respectable time.Anyways we are back and ready to have a look at 'Aptitude'..The second half of the equation.

Like before, let s begin with a basic definition: According to Wikipedia: Aptitude is a component of a competency to do a certain kind of work at a certain level, which can also be considered "talent". Aptitudes may be physical or mental. Aptitude is not knowledge, understanding,…

Is LinkedIn the future of job boards? Maybe…or maybe not

The folks at LinkedIn have been busy lately, rolling outnew features, connecting with their users at the LI conference, and busily expanding their empire in all directions. Some pundits are proclaiming that…

Trust is defined as: (Noun) assured reliance on the character, ability, strength, or truth of someone or something; one in which confidence is placed; (Verb) to rely on the truthfulness or accuracy of; to place confidence in, rely on; to hope or expect confidently.

Early in my career I worked for one the world’s…

Here is our weekly feature in which we share the top articles we enjoyed from the past week about recruitment marketing, social recruiting and anything else in the recruiting space. In this article, we’ll be talking about mobile recruiting, marketecture, employer branding, recent job board news and the history of social media.

And if you haven’t seen it, we were honored to be named on of George Larocque’s #HRWins HR…

A Different Type of Candidate Debate In a recent blog posting (Politicians and Recruiters Make Strange Bedfellows) I suggested that there are some interesting similarities between the process that companies use to fill their open positions and how voters end up choosing a candidate for a political office.

If you think about it, political…

Over the last six months as I have fully immersed myself into the world of mobile recruiting one of the first things I learned about was the difference between an mSite and a native app. I have found that there is a lot of confusion out there on this subject as well as some strong opinions, so I thought it would be worthy of a discussion.

mSite – Also known as a mobile web app, or mobile optimized web site. It is essentially a web site…

Whether you’ve been ahead all game, or trying to make a comeback, it’s what you do in the fourth quarter that really counts (or in the ninth inning, if you’re the St. Louis Cardinals).

If you are only targeting younger people for contract positions, you may be missing the boat.

According to a recent Reuters article citing an MBO Partners survey, 40% of temporary/contract workers are ages 50 and over. Ten percent are over 65.

According to the article, contract staffing is providing a…