Reality Potions and their Risks

Derek Jeter is one of the most well-known and well-respected players in all of Major League Baseball. This year, at the age of 36, his contract is up for renewal. As the Captain of the Yankees, many fans expected the Front Office to give him whatever he wanted so that he could finish out his Hall of Fame career in pinstripes.…

Penalty kicks don’t count! – Who do you go to in the final seconds of your game?

War on Work- which side are you on?

I watched this TED Talk recently, and though it's more than two years old now, the message from Mike Rowe, producer and host of Discovery Channel's Dirty Jobs, resonates strongly enough to still be talking about it today. Rowe outlines what he calls America's War on Work, supporting this theory with numerous examples of how we, as a culture, have marginalized manual labor and those who do it, thereby creating a culture that turns down it's nose as those who are out there doing the ugly jobs… Continue

On the Trail for “Qualified” Candidates ...! 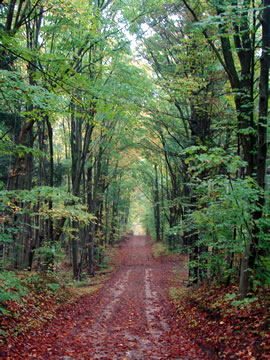 I have a theory that the majority of Black Friday shoppers actually lose money by hitting the stores early to get the "best" deals. I'd love to see a study reviewing lists of items shoppers go out with the intent to purchase with a comparison of the total cost of only those items before Black Friday, as well as the total cost of ALL items purchased during Black Friday shopping. I know, I sound Grinchy. I think all that beautiful marketing and crowd effect makes people forget if they even really… Continue

HR folks just don’t get it and it’s getting old! This blog has the HR world talking!

Reference checks, Background checks and Recommendations, do they really work???


Over the next several posts we are going to discuss Background checks, Reference checks,…

Thanksgiving & the Job Search - Don't Be a Turkey!

Sometimes the simplest of employee problems can end up making big waves down the line – here are five common employee problems and suggestions on how to diffuse them before they end up causing you more trouble than you would like.

1. Absenteeism and Tardiness. When an employee misses work, it not only costs money but can inconvenience customers and co-workers. When it comes to issues with tardiness and absenteeism, strict policy…

Rebuilding the Image of the Recruiting Industry

At the time this post was written I was entering my 4th month as Marketing Manager for Stride & Associates. I was excited to take the job because I saw a lot of potential to get in there and get my
hands…

This week, thousands of household cooks will be watching for the red indicator to appear that indicates the turkey is ready. How’s your company’s pop-up indicator doing? What’s it telling you about how effective your efforts are to cook up deals?

Every company has it’s own version of a turkey pop-up timer, whether it’s just a gut feeling or a set of metrics that are monitored carefully. As you take… Continue

Forget all of the "Get fit quick" schemes, I am talking about something that benefits you and your company. Do you make Recruiting New Years Resolutions? Hard to believe we are getting close to that time of year, I know.

My resolutions, so far, are focused more on the people side of recruiting. I think in a time where virtual communication is as easier than actually picking up the phone and dialing a phone number, my resolutions this year will be catered towards putting the human… Continue

Last week I blogged about how you need to move the focus away from dollars and percentages when clients negotiate fees, and on to your value and your differentiators.

One of the comments on my blog from Matthew Lancey raised the point that sometimes clients keep pushing, and they say something like “but your competitors charge…

Its 5 am on Monday morning and you’re up ... But Holdup! (My Jamaican expression for wait a minute) You don’t get up this early on a Monday for work, after all you’re one of the Recruitment Player Veterans who normally strolls in at 10am for work after you’ve had your work out at the gym, Juice, coffee and bagel with cream cheese; oh yea let`s not forget your morning newspaper...…

Has HR Traded Do'ers for Managers?

What ever happened to core business competencies?! Bret Starr of StarrTincup will be releasing a survey of HR professionals focused on their view of the HR-vendor relationship and value proposition. I was shocked to learn that only 6% of all HR professionals surveyed stated that it was better to develop solutions internally than go to a vendor for help. All I could think to myself was that our businesses have become full of managers at the expense of do’ers.

I worry that entry level… Continue

I can’t leave unless it’s for a Promotion…Really?

Last week toward the end of my blog I was commenting on how the most liked people, not always the most gifted people, receive promotions. I intimated that I was going to expand on that topic this week. That comment was in response to the number of candidates who
have told me that they can’t make a move unless they get a promotion. I typically say something like, “OK, but I’m
not sure I understand, can you explain what you mean?” They think I’m a bit off at this…

Preparing for Counter Offers before they Occur!

Slouch’s blog post on “ A Counter Offer of Biblical Proportions” enticed me to share some thoughts on why it’s important to deal with the Counter Offer issue very early on in the recruitment cycle; regardless of whether or not your candidate will get a Counter Offer.…

Is social recruiting a symptom – or a solution?

Is social recruiting a symptom of larger problems in the world of recruitment – or is it a solution to recruitment woes? Let me argue both sides of this…