This past Friday, retailers posted the strongest gains since 2007 as Black Friday sales rose 6.6% from just a year ago. This ability to buy is not limited to individual consumers as companies hoard piles of cash that is ready to spend on the right hires and purchases for their firms. December is primetime for buying as organizations look to reduce their tax liabilities while meeting their needs for the coming year.

Savvy salespeople will encourage corporate buyers to participate in…

The background to this post is that I was in the middle of a tight negotiation between a client and candidate. The subject was the company car.

The offer letter had the company car entitlement noted in it and an opt out allowance, but no car list.

I spoke with my client and asked for the car list but was told that he'd got 'a nice BMW' set aside for his new starter. "Why?" said I. "Can't he choose from the list?"  It seems that it didn't work like this as there are a few cars…

This week I had a really nice trip to Leitrim – Leitrim is a place I have rarely been to and it wouldn’t be somewhere that would spring to mind for a weekend getaway – but what beautiful scenery and what lovely friendly people! It reminded me that we should be proud of living in a country that has both modern cities and spectacular rural settings. Anyway, I digress, the reason I was in Leitrim was to visit the offices of the National Recruitment Services…

What I've learnt from the Boss

What I've learnt from my four recruitment bosses:

Searching for new candidates – they may not be like you

So I mentioned the arithmetic rule brackets  “BOMDAS”, which explained what to do first in an arithmetic sum

This will be the 4th in a series of posts about Social media architecture.

In part one we went over the why, we talked about branding and about seeing what is being said out there about you.
In part 2 we discussed the different sites. In part 3 we discussed tools and more.

Now it’s time to pick the sites and the tools to use.

So for the purposes of this we are…

The Great Shally was on just a few weeks ago but many listeners complained that I didn't treat him right.

You turned a steak into a peanut butter sandwich said my good friend Jerry Albright.

So I said OK I'll bring Shally back and here he is.

I asked people to submit their problem…

A Thank You To My Mentors

In honor of Thanksgiving here’s a brief tribute to a few of those who made “AlaRecruiter” possible. Now you know who to blame.

Justin – you were my first real recruiting boss. You taught me a very valuable lesson when you grabbed me by the shoulders and said “repeat after me – I f%^&$ed up.” Take the blame and move on – even if it really was the candidate’s fault. I’ve been doing it ever since. We laughed at you when you said you were going to be the…

If lips are moving, somebody's being closed

I stopped counting the times I've heard recruiters say, "I have an offer, now I just hope my candidate accepts!"  REALLY?!  My question back has never changed, "why is it you don't already know?"  Clearly, we're not selling major appliances and our product comes complete with opinions, but we can still do better than just hoping can't we?  My philosophy has always been that anything the candidate says can and will be used against them to create a positive close.  To that end…

The recruitment database is far from dead....

As the largest recruitment agency in Ireland we place over 4,000 permanent jobs every year. As a snapshot my IT Director took the last 20 professional placements by salary level and analysed where we had found the candidates:I understand this is not a representative sample but here is where we sourced them from:

Only one applied through a job board

Two came from a cv database such as monster

Does anyone have a better word than "mark up"?

One of my clients (who is not used to working with recruitment/staffing companies) cannot stand the word "mark up".

When we charge a "45% mark up on temporary staff", sometimes the clients mistakenly believe that we are earning 45% gross margin (no matter how many times we explain that there are many other costs which we bear in our mark up, not including taking on the burden of the risk of accident).

Does anyone have an alternative…

While much of the US has seen flat or declining hiring demand over the past months, Omaha, Nebraska has skyrocketed to new highs. During October, more than 9,300 job ads were posted online – 93% of which were placed directly by employers (8,700 job ads, up 92% versus October 2010) and 7% of the listings were advertised by recruiting firms (610 job ads, down 40% year-over-year).

I Desperate 4 Your Help

I am desperate 4 your help.

10 Reasons to Give Thanks That You’re a Recruiter 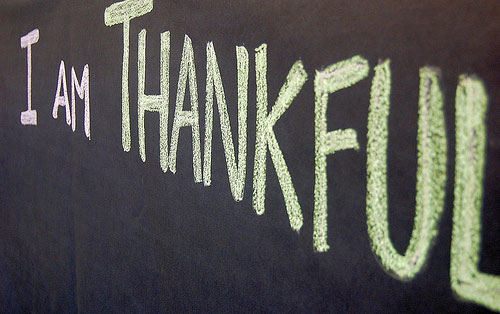 Despite recession woes, it’s still a great time to be a recruiter.  Here are ten reasons to chew on this Thanksgiving:

10.  There are still excuses for being a lazy recruiter from time to time.

In defence of December : Help me get the message out there

If I were given £1/$1 for every time I am told between now and Christmas that “not much recruitment is going to happen in December” or “I don’t expect to be doing much until January” I would expect to have enough money to pay for all my family’s presents.

But let’s have a go…

The other day I wrote about how even the nicest rejection from a CEO can warm the cockles of your heart but yesterday I had a bizarre response that I feel the need to share.

I recently came across a candidate that I’d met some time ago and she was now looking for her next challenge. After catching up with her latest news and achievements we agreed on a course of action which resulted in an email from me to a CEO of a consulting group. The email was pretty standard stuff but it was…

Many of us have experienced the logical candidate becoming illogical in a matter of days (or hours) when it comes to making a career decision.   When I was new to the business this happened more frequently than I or my boss liked.  Needless to say I would get pretty upset – never at me of course – but at the candidate who was blowing a career opportunity.  As I matured as a recruiter and as a person I came to understand why candidates would become illogical or irrational - FEAR.

PeopleSoft Users! Learn to How to Improve Candidate Sourcing and Strengthen your Employer Brand

PeopleSoft was designed to help organizations effectively manage their candidates and employees. Everything from understanding your work force needs, creating and approving job requisitions, and managing the hiring process. PeopleSoft is one the most effective and widely used platforms for talent management, but it was not designed to help you find…
Continue

Oh Candidate, Where art thou?

Why is it that I'm always the one reaching out to perspective job seekers? Yes, I am the recruiter and yes, it is my job to find talent to fill open positions. But allow me to turn the tables for a moment. Why do I not ever hear from you? I don't bite, really. Did you know I literally live in my LinkedIn and Twitter accounts all day long? I'm waiting for you to engage me.

In an increasingly competitive job market, candidates feel they get lost in the masses, which is a real and…

My boys were super excited about going to their first Little League training clinic and unbeknownst to either my wife or me, they didn't separate the groups by age or skill levels, just a bunch of humanity thrown together for a common purpose.  After 45 minutes or so of throwing, catching, batting, etc., with kids who'd been playing much longer I saw my younger son, enthusiasm gone, standing and crying in a sea of young boys who were all running around him and tossing a ball.  When my wife…