Does Your Job Posting "Sing" to Gen-Y?

Everyone knows first impressions count.  When you have an interview scheduled with a top candidate do you leave them waiting in the lobby for ten minutes after your meeting is supposed to start, and then greet them with a greasy handshake while you wipe bits of the steak burrito you just scarfed down from the corners of your mouth?  Of course not!  Plenty of top candidates would walk out, and the rest would never return your calls.  Take it from someone who has actually been…

Reflect and Update your Recruiting Strategy in the New Year!

With the year quickly coming to an end and budgets currently being prepared for next year, people and organizations are looking more and more towards 2011.  While this is commonplace and needs to be done, I strongly encourage you to also reflect on 2010 while you are looking into the future as sometimes the best way to plan for the future is to look at the past.

The question is what should you reflect on in your 2010 recruiting strategy:…

The 10 Best Recruiting Articles from the SmashFly Blog

With the year quickly coming to a close, we wanted to take a look back at our blog and share our most popular blog posts from the SmashFly blog over the last year.  After factoring our blog views and re-tweets, here are our best recruitment marketing articles from 2010:

An IT Staffing Solution: Retain top talent in 2011

There has been a flurry of research, polls and articles about the recruiting challenges technology organizations will face in 2011. Findings suggest the available IT talent pool lacks experienced professionals who possess both high-demand skills and business intelligence. This month, the Atlanta Business Chronicle  asked several Atlanta tech insiders to discuss their industry. When asked…

Fools' Gold: Your Salary Or Your Career 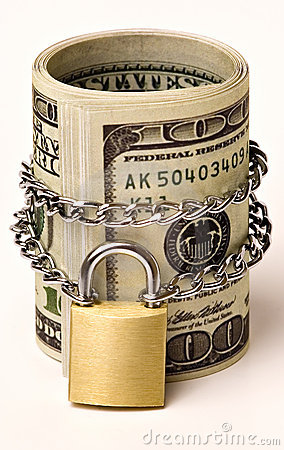 Have you ever heard the phrase “Life is just one damn thing after another”? Whether you take on career jobs, or simple jobs for the sake of making money, that is all there is to it. What is different is the utility for someone who takes on jobs as they are building their career versus someone who takes on a job and sees it as nothing but work. The latter is more likely to be…

Hiring Manager wanting to hire from a resume!!!

Hiring Manager wanting to hire from a resume!!!

Eatin' Good in the Neighborhood

Those who have heard me speak publicly or have been clients of HireBetter are very familiar with my insistence that Job Descriptions are largely worthless when written by starting at the beginning.  What I encourage people to do instead…

By this time, I’m sure you've already read several articles about setting New Year’s resolutions and/or reflection posts about 2010.  This isn't one of those posts.  It is inspired from the idea, but I’m going to take this in a different direction.  Instead of thinking of resolutions (only 8% of Americans actually are successful in keeping their resolutions according to… Continue

Believe it or not, I struggle with the question, “what do you do for a living?”

StaffingU: A Mile or an Inch

I’ve seen a multitude of smart people fail in business and scores of modestly intelligent individuals achieve  great success. It’s not how brilliant you are or how talented you maybe that determines your success, it’s  persistence. Yet many believe they are persisting as a result of the sheer volume of work they complete each day. Tenacious effort only pays off if you focus on driving a few things a mile to completion…

Healthcare Employees and the Incredible State of Background Screening

In some ways it is oddly gratifying to see that the Australians have the same problem as the Americans when conducting background checks on healthcare workers.  …

When Santa Feels Rotten, This is What He Does...

On behalf of my good buddy Tommy Houran over at WirelessHires.com, I'm reposting a note from the WirelessHires Group on LinkedIn that tells Recruiters how to get a free job posting between now and Jan. 10th.  Consider it Tommy's Christmas present to the Recruiting community.

T'WAS THE NIGHT BEFORE CHRISTMAS...TEXAS STYLE

T'was the night before Christmas and all through the house not a creature was stirring...

Hell no they were all running wild.  Every man, woman and child.

The dogs and the kids have created such a clatter that i dashed out of the kitchen to see what was the matter.

The poodle in her glitzy collar has just snagged a slice of ham right off the Christmas platter.

The four year old, who is into sharing, has fed the Great Pyr a half plate of fudge.

In only a few…

Why Do We Stop Imagining?

If they are not doing so already, require your recruiters to actively recruit for the following roles and your salespeople to spread the message that demand is highest for the jobs listed in this week’s report. Demand will exceed supply in the next fours weeks and your customers must act with a sense of urgency to secure quality talent.…

This is a new one of those new terms that I have seen used throughout 2010 and my curiosity allowed me to look into what people actually meant by this. It seems that a 360 recruiter is someone that resources clients and candidates, recruits, account manages and everything else that’s involved in the whole recruitment process, hence the 360 (degree) bit, clever stuff!

Hire Right and Fire Fast- Facing Up to Hiring Mistakes

Of course you want the best talent available for your business, with the characteristics and personality that fit your culture. Hiring the “right” people is critical to every organization. In a recession the stakes are even higher: every smart idea to innovate or save costs matters more; and every bit of passion enhances…

No One Is Going To Read This 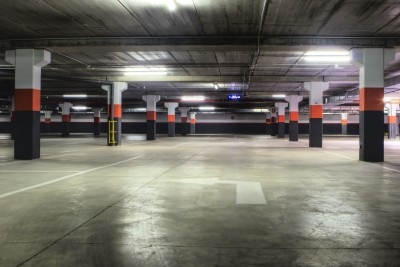 It never fails, December is one of the busiest months for me and has been throughout my career. Since my first job in recruiting I have heard it every year from hiring managers, clients, candidates and co-workers. No one hires in December, candidates stop looking, and December is the slowest month of the year.

To those claims I say BAH…