The Importance of Candidate Experience - part 1

In the current climate, you can understand that many people are currently unemployed. These people vary from fresh new graduates, to laid off experienced professionals, to potential go getters from school. However, having more potential future employees around doesn’t change the fact that companies still want the best candidates.

In this day and age of the rising influence of social media and online recruitment, it is understandable that these people’s application process of choice is… 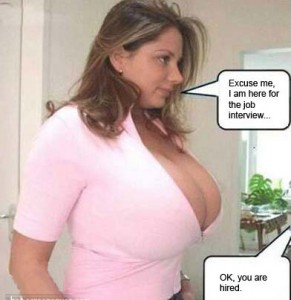 First impression thoughts and opinions are an unsightly reality of the society we live in.  I’m writing this post because I believe it’s relevant for women to remain continually aware of how much they can and cannot control.

I wrote some weeks back about the phenomenal spirit of the recruiting community at large and how it has positively influenced my work and my desire to be a contributing member of that community. I would like to highlight the contribution of one exceptional leader in the field. Kathleen Smith heads up ClearedJobsNet (…

what books would you recommend to a beginner??

There's always been that one good book or great video that someone kept or refers to when they start out in recruiting.  Being that there is so much to chose from out there with mixed reviews.... how does someone like me who is a beginner choose??

So Please, to all the great recruiters that wouldn't mind sharing some advice as to what books, videos, webinars, sites to look at or read would be a great help to all the "rookies"  like me ?

Hot Spots are areas where demand is outpacing supply. The result is that prospects in these areas are more likely to be open to using your services, especially if you provide data, such as this information, on market demand and the impact this will have on their ability to hire quality talent.

Are You In It To Win It?

I was flipping through the channels one evening and happened upon NBC’s game show, Minute to Win It.  Guy Fieri is the host – you may know him from Food Network’s Diners, Drive-Ins &… Continue

As many of my followers know I am quite active within the Victorian Judo scene. I have been involved in Judo on and off since I was about ten. Over that time I have trained, competed and coached with participants ranging from novices through to the sport’s elites.

Over this time I have observed that…

I had dinner with a group of ex colleagues last night - one of those get togethers that happens once every 2 - 3 years and where you spend all evening catching up on what happened to so and so etc. Was great fun but, I was reminded of something that made me laugh regarding unusual interview questions and I thought I'd share it.

One of the guys who still works with this very well known american technology company said that he had got divorced just a year or so ago. He felt…

The danger of ‘big’ – it sometimes goes away

One of the first business lessons I learned many years ago was that it is often better to havemany smaller customers than fewer large ones. At the time, I was learning the ropes from a battle-hardened magazine publisher. He said (in reference to my naive comment that I would rather have Microsoft as an advertiser than a dozen smaller ones), “Where are you when your big customer decides to ‘shift focus’? Your loss will be 100% of income, rather than 15% or 20%. How long does…

A question I always ask at interviews is “Why do you want to leave your current job?” and then delve deeper to understand their ‘real’ motivation to leave. I’ve learnt not to be satisfied with standard responses such as ‘better opportunities’, ‘career prospects’, location, compensation, lifestyle choice………….whatever

So, the other day when this young 20 something answers, “For career stability and improving my work / life balance”, I probe further and realise it’s due to…

What Ever Happened to WOW!

“I think work and business can be creative and exciting, a hoot, a growth experience, a journey of lifelong learning and constant surprise. But, to be honest, I think such rewards will only be yours if you learn to approach your career and enterprise with the strategy I call…THE PURSUIT OF WOW!”

I was re-reading Tom Peters 1994 best seller, The Pursuit of WOW! and I came across a list of…

I'm consistently impressed with the folks on recruitingblogs.  Specifically, the varying philosophies and methodologies that span this blog all pointing to one common goal; client satisfaction.  With this in mind I have two questions:

1)  What is the value that you, as an external recruiter offer your client - (what do they pay you for?)

Linkedin has rolled out a subtle but important change to the groups. When you go to the JOBS section of any group on Linkedin, you now only see Paid Linkedin Jobs, the free jobs are now in subtab (Career discussions). This would dramatically drop the views your Free job post get on Linkedin groups.

Not a surprising move by Linkedin to drive customers to pay for the job posting. If you started your group on Linkedin, now you have less control of it (they did not even notify the…

Why People Leave their jobs - #1 Reason!

After combing through countless books, articles, and various online posts - the #1 reason for people leaving a company is their direct boss.  Bosses have the ability to change, enhance or ruin a work environment.  And they can do it quickly.  So if bosses are the number one reason, why do we have so many poor ones?  Training.  Let me put it better, the lack of training.  Bosses, leadership, or management - however you describe the people that oversee your day to day life; are the glowing…

I have been lurking (albeit with a few interjections of wisdom) in several tweet chats in the past few weeks. All dedicated to “how tos” How to find a job, how to write a resume, how to interview. From the vantage point of having listened to HR and hiring managers give me feedback after candidate interviews for over three decades my opinion of tweet chat how tos can be best described by the thought I had in the middle of one of them last week. Damn! This is like Playin the Dozens with a…

It takes one to know one

In his book Socialnomics, Erik Qualman highlights how, in this social media era

we currently find ourselves, word-of-mouth has gone world-of-mouth.  As in consumer marketing, you can advertise until you’re blue in the face but the fact of the matter is people are more likely to react to a call-to-action if they receive it from a trusted source such as…

Your LinkedIn Brand - A Powerhouse of Staffing & Networking Potential

You know what, earlier this year I reached my 2500th connection on LinkedIn, as I saw that I thought whoa, how did THAT happen?  Well by utilizing my networking strategy which harnessed a network so vast that it's value to me has never been more pronounced, on any given day - I come up in about 45 searches, and have about 20 people looking at my LinkedIn profile.  That's almost 140 hits a week and that there are solid folks I can check on to see where they come from and due to my $25 premium…

Leading up to 2000 the best recruiters were connecting with passive candidates through in person networking, cold calls and probably still getting faxed resumes at times! Networking in person still adds the most value in my opinion, especially if you speak "technical". The phone is without a doubt still necessary and still the most…

Did you know that, according to a study done by Basex, the average time spent being interrupted in a typical work day and getting back into a groove is 2.1 hours? This is almost 1/3 of a person’s time at work! The internet has been a blessing and a curse for the world of the employed. Employees forward fun emails between each other all the time and social networking is practiced consistently at any job with computers available. I know what you’re thinking. You are scared now. Distractions…

How to find success in recruiting

Put the time in. Be a student and keep learning.

I was inspired to write this post after reading a blog I look forward to each morning, http://www.thesimpledollar.com/ It's a personal finance blog, written by Trent Hamm, and for him it was a hobby that turned into a full-time job. In today's post, "The Limits You Choose", he addresses how many people make excuses for not finding success by saying they just don't have the…